Oh how I remember when it was time for our senior pictures...

And then we would agonize over the best of those six... and oddly enough, there WAS an acceptable one. A good one.

Fast forward to last Thursday. Elizabeth just didn't share my feelings on how important having her senior portrait taken is.

She never even went to her appointment during the summer and the school had to pull her out of class a few weeks ago to walk all the way to the cafeteria to have that picture taken. And once there, they placed a "drape" over her and took TWO pictures for the yearbook. Two, only because she blinked in the first one.

So Thursday arrives and Elizabeth announces that the yearbook is offering "Senior Ads" in the back of their book and she just HAS TO HAVE ONE! However, there is no senior portrait to put in the senior ad... because she didn't purchase any of the "drape" photos.

5:00 pm on Thursday evening: Kris and Elizabeth RACE off to "The Picture People" for a session that would allow her another senior portrait, one that she could put in her senior ad, that I was going to have to pay for... all in time for the deadline... NOON on Friday. The Picture People are known for their speediness in processing photographs.


But I did it. I took her. And you know what she brought with her to wear? A black T-shirt, a Tony Romo jersey and an old Hawaiian print dress.

Her make up was done, but sadly, Elizabeth's hair was in need of a re-dye job. And because of that, she brought a hat. To wear. On her head. With all the outfits. So that her stripe wouldn't show. She looked like Donny Osmond from 1971.

The photographer was sweet, but young. And she took, oh, fifty some photos. FIFTY! That ought to be easy to sort through. Right.

Well, it was easier than I thought. Because, since it was MY money, it was MY choices. And the hat shots just were NOT going to make it into this senior ad. Or onto my Christmas card. But then neither were the "striped" pictures, either.

I did have her pose wearing a cap and gown (a clever alternative to covering the stripe and nixing the Donny Osmond hat) since THAT'S really what I thought this was all about... And I'm still having trouble understanding why she was so casual... we were SO dressed up!

About an hour later, we did walk out with seven pictures. Seven that were somewhat acceptable.
Wanna see them? 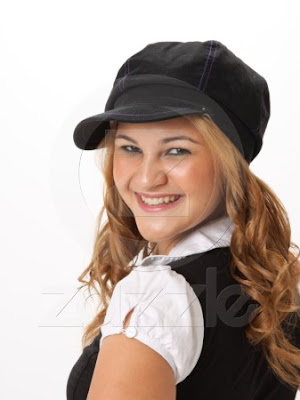 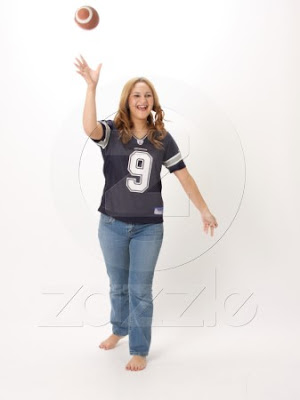 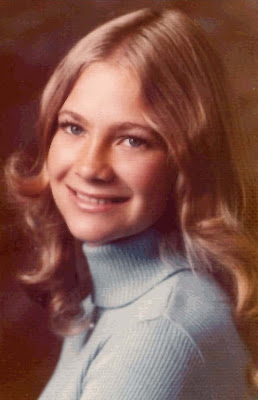