Having just celebrated our 20th wedding anniversary, I thought I'd share some of the highlights...

First, Rick and I spent Labor Day weekend at a nearby hotel that I'd been wanting to see. Known for it's size and glamour, I was looking forward to visiting. And I'd been trying to get us there for the entire three years that we've lived here. It did not disappoint.

This is The Gaylord Texan. Done up nicely in Texas motif. 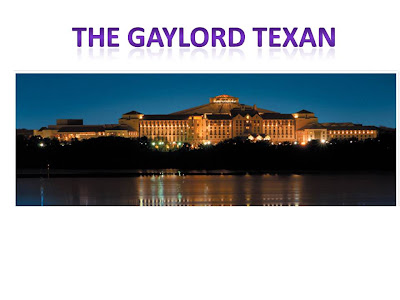 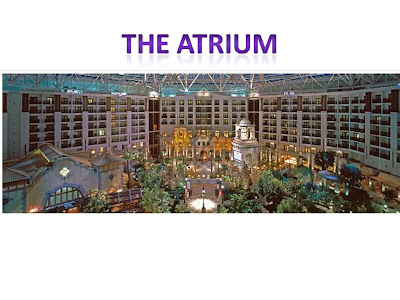 Later in the week, we celebrated our actual anniversary at a local steakhouse - Randy's Steakhouse - that we both like. Plus we had a $25.00 off coupon! Twenty years later, I'm still up for a good deal.

But who the heck are these old people? 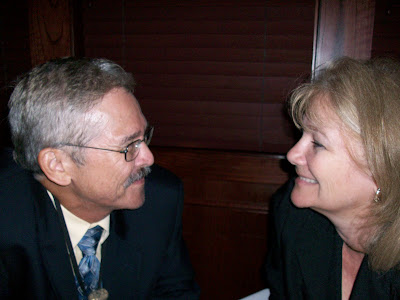 We dressed up for the event. And that doesn't happen any too often! Rick wore a new suit that I bought him last year.

I only had to twist his arm a little bit to get him to wear it. 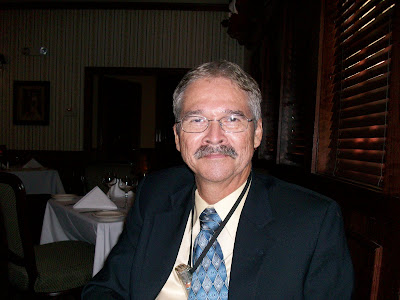 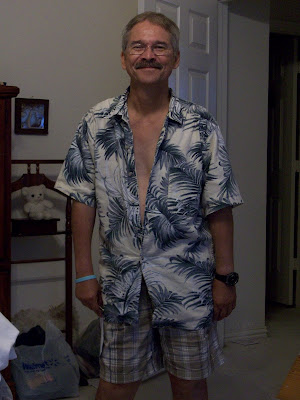 He wasn't kidding, either. He thought he looked fine. 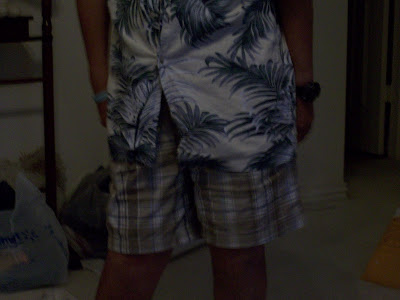 Close up was even better.

All in all, it was a very memorable occasion. But the best memory that Rick and I shared? When I simply asked him if he remembered our wedding night....

And he was serious.

However, the new version that I told him is much better than the actual truth!

I finally caught up with your blog!! Great stuff, Mrs. Kahle. Loved all the stories, can't wait to see the ring, congratulations on your 20 years of marriage and a gorgeous effort by Jenifer on the song. Made me cry and think of Nancy, indeed. Keep on writin'!

I love the pictures Kris! Especially the one of Rick in his before clothes.