And how do those two things go together you may wonder?  Well, Pinterest offers lots of good, no, great recipes that tempt you beyond all temptation.  And the photos that go with those recipes are oh, so tempting as well.

Below is something called "Hocus Pocus Buns."  Or "Resurrection Cookies."  Something about them intrigued me.  They were simple to make... and I like simple.

You only needed crescent rolls, a marshmallow, butter, sugar and cinnamon.  I had each of those things.  Almost.  I didn't really have the crescent rolls... but I did have Pillsbury flaky rolls.  That would work.  I was sure of it.  They're both dough, right? 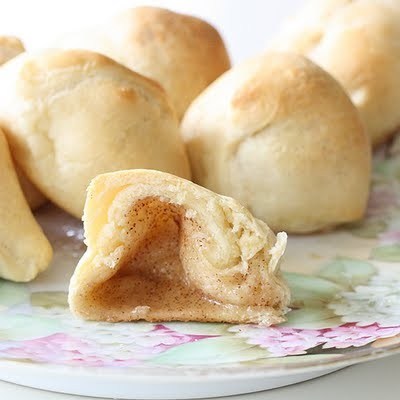 And above is the picture of what these delicious little creatures would look like when I pulled them out of my oven.  It was almost guaranteed.  Easy peasy.  Even IIIII could do it.

Oh, in case you're wondering why they are called 'hocus pocus' or 'resurrection cookies'... see that pit or hole in the center of that baked delight?  There used to be a marshmallow there.  Yes, the marshmallow would magically disappear, into thin air, I guess, once the deliciousness was baked and removed from the oven.  The marshmallow would represent Jesus in the tomb and once some time had passed (hopefully not three days) the marshmallow would disappear and perhaps ascend to Heaven.  Just like Jesus.  Or... if your brain is wrapped around magic, the marshmallow can represent the bunny in the hat.  Hocus Pocus!  Abracadabra!

And so I began my baking.

Since I had no crescent rolls, I had to improvise with those flaky rolls.  But they stretched.  And I tugged and pulled and twisted.  And then I pinched.  And that ol' marshmallow was sealed up inside, nice and tight.  Nice and super tight!  Houdini could not escape from my flaky biscuit prison! 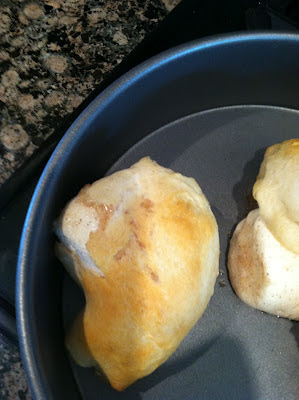 I didn't get it.  My biscuits looked like biscuits.  And my marshmallows were peeking out from my flaky tombs.  I guess it's true... the tomb could not contain Jesus... but why was I still seeing Jesus?

Marshmallows were present at the final hour.  They were supposed to have disappeared!

Not only were they present...   THEY WERE HUGE!  My marshmallows had swelled in their tombs!  They'd multiplied!﻿ 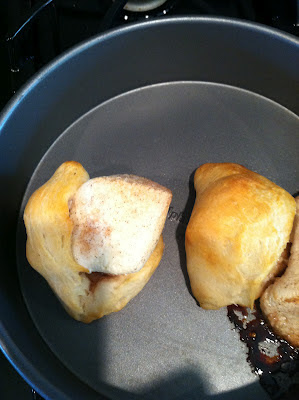 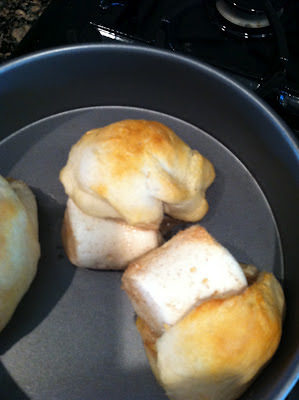 It looked like these chickens were laying extra large eggs.  Either that, or Mama Bird was having some trouble sitting on that nest! 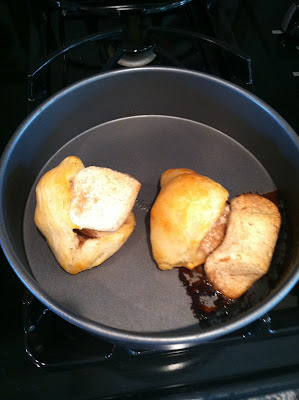 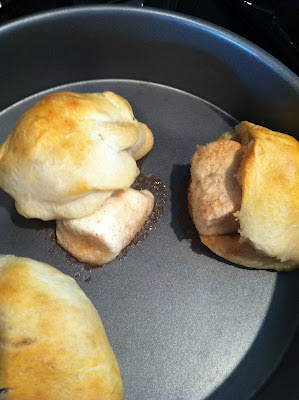 Over in another pan, one marshmallow had escaped the biscuit completely and way lying alongside the road... dead.   And I do mean dead. 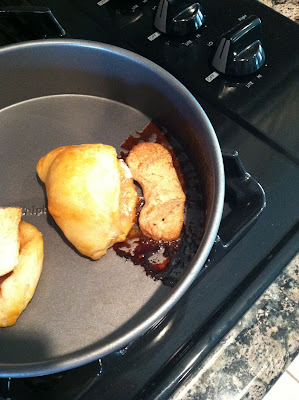 It gets even worse closer up.﻿ 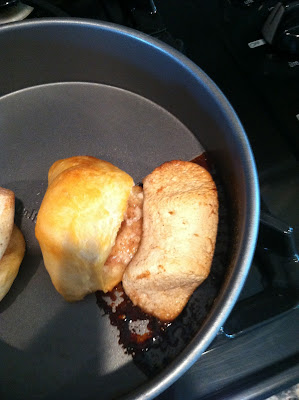 I'll zoom in even more for you.  You're welcome. 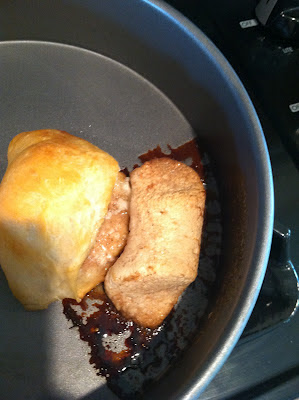 Oh you want to go closer? Okay, here goes...  This is not for the squeamish, though. 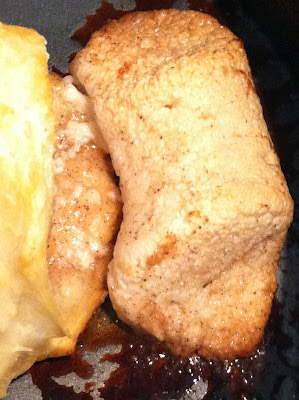 And that stuff surrounding said marshmallow?  That there is marshmallow blood.  Or burned stuff.  Take your pick.  Either way, it was impossible to clean up.  Trust me. 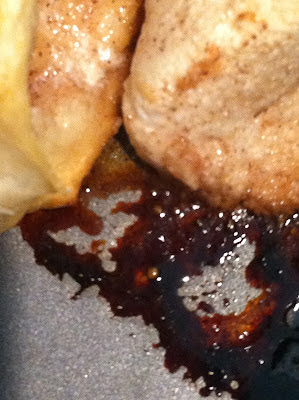 And over in yet another pan...

This lil' biscuit looks more like it's taking a bite out of my marshmallow.﻿ 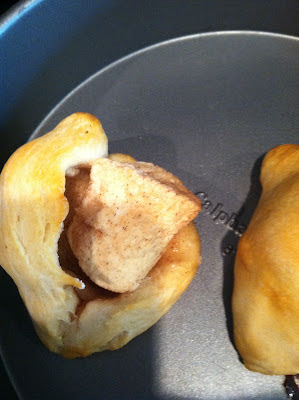 Okay, so I'm not much of a baker.  But then, Pinterest wasn't much of an inspiration today.

Maybe it was my lack of crescent rolls.  Yeah, that's it.  'Cept I'm thinkin' I better get myself to church more often.  My tomb needs to be emptied.  Or filled up.  Take your pick.  Either way, my hocus pocus rolls were a bomb.