It's taken FOREVER to get here, but thank you, God, it's here!

Last weekend was a joy.  I had a bottle of Pepto Bismal permanently infused into my right hand.  Yes, it was a fun weekend.  Monday came and went without a stress test and I continued to adjust to my new job.  Tuesday... a meeting.  EIGHT HOURS of meet.  We learned how to communicate.  Apparently I had never learned that.

Wednesday was better.  Two hours of meet.  However, there was an awesome speaker that had me laughing and bawling all within a matter of moments.  What a great way to start off a school year.  I was inspired.  Let's go!  We can do this! 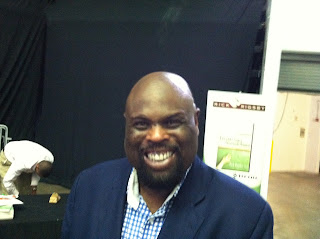 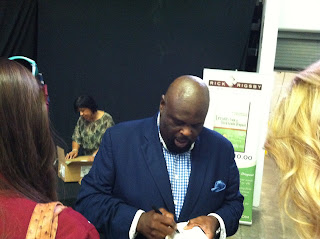 Wednesday also brought a drama rehearsal at my church.  'Cuz I don't have enough going on with a new job, broken husband and a house that doesn't want to plumb anymore.

But Thursday?  Well, I'll never forget that day as long as I live.  Ah, Thursday.  How I long to kill you.  Dead.

I had to meet again.  Another 8 hour meeting at my new school.  But apparently I didn't get the memo.  I came in my cutest little lavender and green skirt, white tee and a denim vest.  And... heels.  I don't like heels in the first place anymore... and now I'm cursing them.  But yes, I did look cute.  How did everyone else look, you ask?

They all came in blue jeans, a red spirit shirt and TENNIES.  Yes, they did.  Yes, I stuck out like a sore thumb.  Yes, I felt completely stupid.  BUT I DIDN'T GET THE MEMO!!!

The heels were the worst part of it all... because we went on TWO scavenger hunts.  Them in their tennies, me in my heels.  And skirt.  And vest.  Red spirit shirts were scavenging everywhere, purple and green skirt trailing behind.  Bottle of Pepto still in my hand.

And I vowed to not let it bother me.  When I went home for lunch on Thursday, I had the ability to change out of my stupid skirt and into some jeans... but I decided not to.  Yes, I would remain in my skirt and heels... and show the world that I was not embarrassed.  I could look this faux pas in the eye and own it.

Bad idea.  There was still another scavenger hunt to go on.  In my heels.  I'm so stupid.

Vowing, though, to never let that happen again (I would check my emails and inbox and mailbox a tad more carefully) ... it did anyway.  On Friday.  Seriously???

I showed them.  On Friday, I wore jeans.  But on Friday, it was a 'no jeans' day.  There was a lunch provided for the entire school.  Not only did I NOT KNOW ABOUT THE LUNCH (oy vey) I was in JEANS!  And, again, I was the only one.

I'm buying stock in Pepto for sure now.

And it's now Saturday morning.  I've never been so glad to see a week end.  In addition to my many faux pas's throughout the week, I've had to care for Rick.  He's in excruciating pain, still.  The stress test is on Monday and although it's good to finally get things going, the stress test won't really fix anything.  It'll just bring us a week closer to surgery, which is slated for September 4th, provided he passes the stress test.

It's also been a week filled with grocery shopping, bringing in a plumber, coordinating some fence repairs at our rental property, working out my daughter's college loans and bringing in some folks to fix the height of our bed for Rick.  Yep, it's been a fun week.  It's been a pizza week.  I don't think I've ever eaten so much pizza before, save for a college year or two.

Thank You, God, for bringing me a much needed Saturday.  This gives me a whole day to plan out my wardrobe for next week.  I wonder what trouble I can get in then?

And the stress test is on Monday.  At noon.  It's for Rick.  But, honestly, I think I'll push him off the table and just lie down myself.  I'd like to measure MY stress after my day on Thursday.  Although, I doubt the chart could process numbers that high.
.
Posted by - Kris - at 8:21 AM