Exactly what happened in 2012?

Our year was going along swimingly when all of a sudden, Rick began getting weak.  He was having trouble walking and we couldn't quite understand what was up.  Several weeks of this strange weakness came to a head in April, when I found Rick slumped over the side of our bed.  It was a stroke.  A small stroke... but a stroke nonetheless.  And he recovered nicely.

In June, I began following a lead to a new job that was SO much closer to my house and in a school district that I'd been wanting to work at for a very long time.  And it actually turned into a job in July.  I was to start in August, right after returning from a driving trip to see our baby in Tucson.  The trip was fun but it wore down Rick's left hip causing us to hospitalize him almost immediately following the trip for severe pain.  We had believed the pain was coming from his already-replaced right hip and we were ready to re-replace that hip.  Ha!  We were so wrong.  The other hip must've been jealous because it suddenly let everyone know that it was tired of playing second fiddle and it wanted some attention, too.  September 4th gave it the attention it wanted.  The left hip was replaced giving Rick a total of three replaced joints.  His left knee is all that remains of his original equipment!

September and October were spent helping Rick recover and he did so, just in time for another hospital stay in October... a reaction to the pain meds that he'd been taking for so long.  Rick was away from our home for so long that our dog began to worry and made herself sick missing her best friend so.  I made the decision to "put her down" not knowing that there was a simple cure.  Before I took action, I took the advice of a friend who suggested I drive her to see Rick one more time so he could say goodbye.  And so, Midnight and I set out on the one hour trek to Rick's rehab hospital... and neither Rick nor I expected what would happen.  The dog came alive!  Midnight is still with us today.  Rick is, too.

November brought another trip to see Elizabeth in Tucson, but this time by plane.  Not gonna chance another hip surgery with another long drive!  We Thanksgiving'd with her and had a very good, very relaxing time.  My baby had been sick with her Celiac Disease for too long, too, and it was good to cook her some good food and help her get well.

And suddenly, December came upon us and a play that I'd been rehearsing was up and running for the first four nights of the month.  December also brought our baby back home to live.  Well, for five weeks, anyway.  Elizabeth was done with Arizona and so were we.  To this day, we are still waiting for her school loan to fund.  Uh, school's over, folks... but we're still waiting.

Elizabeth is finished with Arizona, though.  And in January she moves to Florida to begin a paid college internship with Walt Disney World.  She's excited, we're excited and I'm gonna get another road trip, driving with her to Orlando to drop her and her car off for the next nine months.  Yea!

So, here we sit.  Christmas decorations still up, the snow that graced us on Christmas day (our 2nd white Christmas!) is melting, leftovers still in the fridge, shopping still going on and I still haven't gotten my cards out.  But the family is all together and healthy.  Can't beat that.  It's been a good year... no, a great year.  I can't complain.

Looking forward to 2013, though.  It's gonna bring us several trips to Walt Disney World, I'm sure.  And that alone brings a sparkle to my eyes!

And while 2012 comes quietly to a close?  Here's what you'll find Elizabeth and I doing... 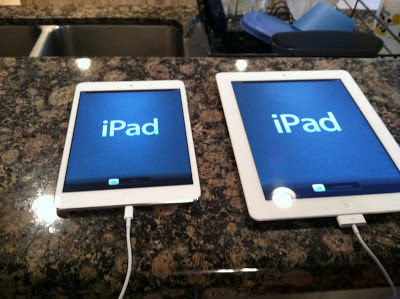 Enjoyed having you to our house this year, too, Karen!