My daughter writes good.  Real good.  So good that I thought I'd let her guest post today.  Well, she doesn't actually know she's guest posting.  I done stealed this from her blog.  Don't tell her, okay?

Something about I’m not supposed to eat gluten?


gluten/Celiac Disease \ˈsē-lē-ˌak\ (noun)  A hereditary digestive disorder involving the intolerance of the gluten protein and characterized by inflammation of the digestive tract and small intestine, the inability to eat anything normal or out with friends, acceptance of the fact that there is no cure or pain mediation for a flare up, and raging frustration with people who are “gluten free for fun”


Obviously I got a little carried away with my scientific definition there, but you get the idea.


The way this all went down was pretty routine.  I ate something, and 23 minutes later I was regretting that decision and setting up camp in the bathroom.  The something in this case was Cool Ranch flavored Doritos. 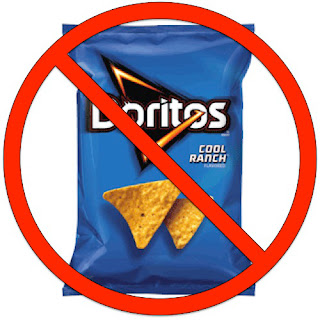 You see, 99.9999% of the time I swear by a vegan, whole foods, plant based diet of fruits, vegetables, and whole grains.  I only ever consume smoothies, protein shakes, and homemade trail mix, save for the one meal at Chipotle I allow myself per week.  Wednesday, April 10th, 2013 was an ordinary work day during which I woke up around 9:00 AM, spent an hour or so at the gym, and ran errands and prepared for work at 4:45 PM.  Wednesday’s work smoothie was made up of strawberry, orange, and banana, with a chocolate almond milk base.  So I blended it up, labeled it with my name, and stuck it in the work refrigerator when I arrived.  On my first break, I went for my smoothie and discovered that I had done something horribly wrong during its preparation.  My guess is… that I didn’t… blend it long enough?  Because it was horrible.  Like chunky chocolate milk.


So my 15 minute break (my strict 15 minute break, this is Disney we’re talking about) is counting down fast and I have just learned that I have no food to sustain me through the evening.  The other toys in the breakroom suggest obtaining something from the vending machine, but I can only see the front of the offered items, not the back, which is where the ingredient label is located.  But I need something.  So I grab my credit card, swipe it through 6 times and grab 6 different bags of chips.  I make a pile on the table and read through the ingredient labels as fast as I can. 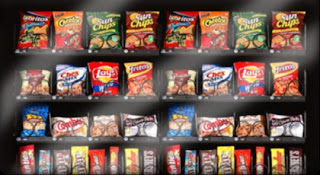 You already know how this story ends, but shocker, I read too fast.  Cool Ranch Doritos contain monosodium glutamate, MSG, and I totally missed it in the list of ingredients.  “Glute” should tip you off.  I am definitely allergic to it. 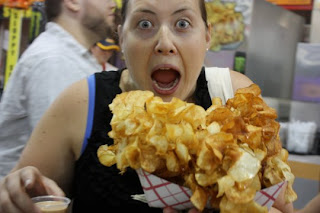 That is obviously not a picture of me, but thanks Google Images.  I’ll forever have this haunting image imprinted in my mind.

Interestingly, this is actually what MSG looks like in its solid, crystal form (this image should haunt you more than the other…): 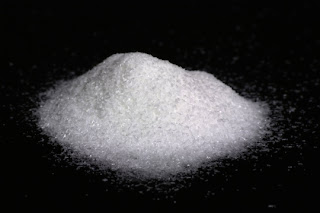 < Begin soapbox > Never eat this, never never eat this.  Even if you’re not allergic.  I mean, come on.  That’s disgusting.  God definitely did not design your body to process that chemical-y, powdery, cocaine-y poison.  < End soapbox >


So 23 minutes later, I was having a symptom fest in the Toy Story breakroom bathroom.  Sweats, chills, nausea, anxiety, dizziness, stomach cramps, the whole bit.  A leader came to check on me after a few minutes and helped set everything in motion for getting management and the Disney response team involved.  The Disney paramedics were summoned, who took my vitals and handed me off to the Orlando paramedics once they declared that there was nothing they could do.  The next set of paramedics came to the same conclusion as they transported me to Celebration Hospital (I know, funny name for a hospital, right?).  And, you guessed it, the emergency room staff let me know as well that there was just nothing they could do.  That’s the nature of my beast.  It’s ALLLLLLLL internal.  No hives, no shortness of breath, no skin rashes.  My allergic reaction is an entirely internal affair. 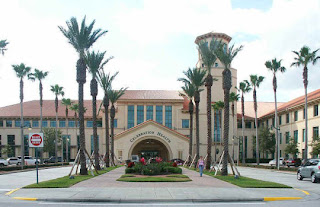 Incidentally, Celebration Hospital is lovely.  All decorated inside with pretty lights and fancy water fountains, and beach ambiance.  Seashells, lighthouses, and pastel colors everywhere, not to mention the relaxing music.  Honest to goodness it was like a beach spa.  I highly recommend the pretty beach hospital for all of your Celiac reaction needs.


To make a long story a little less long…


One, two, three, I was in and out of that emergency room in, what like, 7 hours?  I’m not being sarcastic, that’s actually pretty good time for a hospital.  The only thing I wish was that I wasn’t alone.  That was hard.  I’m such an independent, self-reliant person by nature, but man that was just not the time.  I hated every minute of that aloneness.  No family, no roommates, nothing.  I guess that’s my bad for not getting involved with a church yet out here.  It makes all the difference, I’m telling you.  But moving on.


God made an appointment for me the next day with a gastroenterologist, a digestive system specialist.  I say that because I called everywhere in central Florida seeking an appointment, but only got one with the last doctor on the list, because of a rare cancellation.  AND He scheduled the appointment for me with her office located inside of Celebration Hospital.  So I had no trouble finding the place.  Plus I got to revisit all the fancy beach decorations.


The doctor was a dream come true, I like her very much.  Very knowledgeable, very caring.  But the appointment concluded with an unexpected outcome: the Cool Ranch Doritos were actually NOT the culprit! 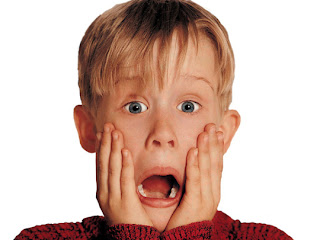 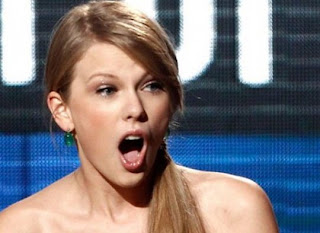 Actually, it’s not that much of a shock.  I kind of already suspected it.  According to Dr. Delimata, it’s actually the little expositions time after time after time that weaken my immune system without my even knowing it and set me up for one big downfall.  In other words, every time I use the microwave in my apartment after another person who has cooked gluten, I’m weakened.  Every time I breathe in the aroma of the Toy Story breakroom where toys are reheating pasta and pizza and hot soup, I’m weakened.  Every time I pick up a fork out of the drawer that hasn’t been cleaned and sanitized with a dedicated gluten free dish brush, I’m weakened.  It’s exhausting, I know.  Make all the Boy in the Plastic Bubble jokes you want, but this is my life.  The good doctor even went so far as to say that consuming the chips alone most likely would not have caused any reaction at all, given the way I obsess over my eating habits the rest of the time.  She explained that because I eat all the right foods, exercise so regularly, and take such good care of myself, that my body would probably have had no trouble at all fighting off the MSG from the Doritos.  But after gluten exposure after gluten exposure, it really wasn’t prepared to mount a defense and keep me from falling ill.


So there you have it folks.  The story of how exactly I ended up unable to leave this zebra sanctuary of a bed.  Today marks the 5th day I’ve been out of work and I expect I’ll be needing to call out a good 3 or 4 days more before I’m able to return.  I’ll let you know how it goes. 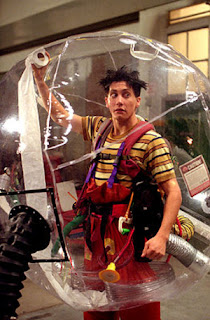 Thank you Mother Dear, thank you.

Oh and just so you know (maybe it was on purpose, who knows) you tagged the post "lupus."