and speaking of delicious food ...

Rick received a huge box in the mail today.  It was so large that I had him open it right up.  I just had to know what he'd ordered for me for Valentine's Day.

He had such a blank look on his face, though.  I'm sure he thought that I had really ordered something and used his name to throw him off the track.  But nope.  I hadn't.

So, we both tore into the box.  Inside we saw two styrofoam coolers and I immediately wondered who'd sent us two huge cakes.  My mind always goes to cake.  Rick's was still blank.  The dry ice had exploded so we each grabbed a cooler and opened it up just in case we needed to refrigerate something quickly.

So, what was inside those coolers?  Cake?  Champagne?  An anniversary cake from the Jody Dean show?  Nope, nope and nope.

Inside were tons of meals.  All frozen.  All ready to be heated and eated.  And we both knew that someone had made a mistake in sending this package to us.  But upon further inspection, we discovered that it was FOURTEEN DAYS worth of food for Rick ... and only Rick. 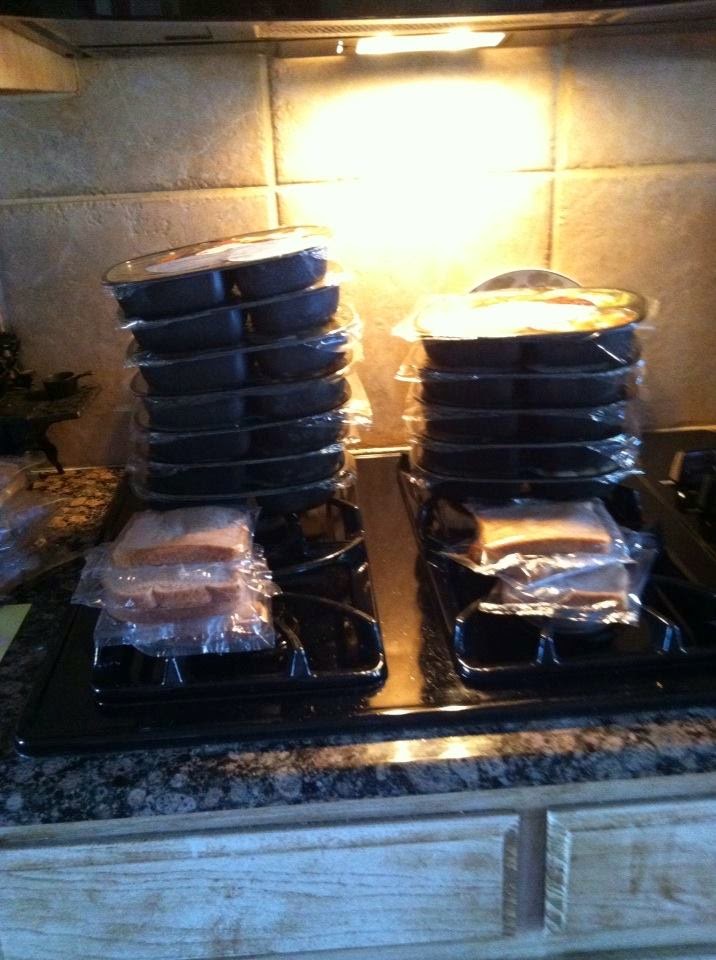 (This is just a small portion of what was inside those containers.)

Either someone thought that Rick would need some help with meal prep while I was at work ... or someone was sending him on a lot of picnics.  Or ... someone figured that Rick's wife didn't know how to cook.  Someone is pretty much right.

So, last night, we opened and cooked one of those meals.  And you know what Rick said?  "IT'S HOSPITAL FOOD!  YUCK!!!"

I now have a freezer full of hospital food.

I'm having a party next week ... and inviting everyone I don't like,