The trip I just took to CA was phenomenal and I don't think I could top it. Not even gonna try.

I visited my former church and met up with bunches of folks that welcomed us!  I visited my dear friend Katie who is the hardest one to ever book.  I feel so honored that she worked me in.  Had a great lunch at an old stomping ground. 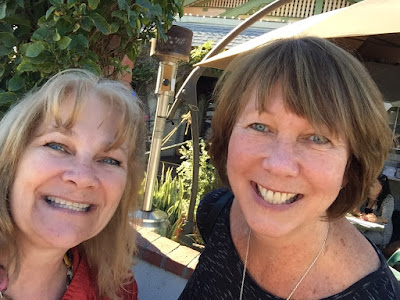 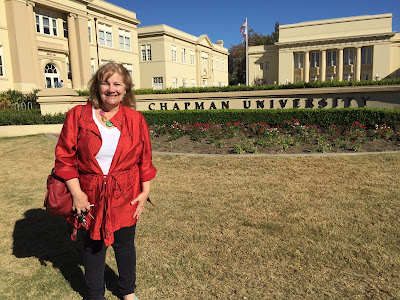 The above photo is just me.  Just me, in front of a school that I had always wanted to go to.  Hey, I finally made it!


Then we had Thanksgiving dinner a day before the actual holiday with some more dear friends. I don't think I've laughed that much in a long time! 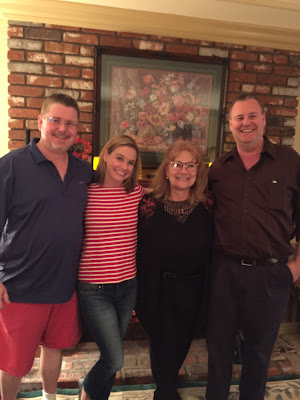 I used to babysit three of the above three kiddos.  My favorite was Justin, on the left.  Just ask him, he'll verify that fact.  Little Andrea, next to Justin was only three when I met her.  I can't believe we're still friends. 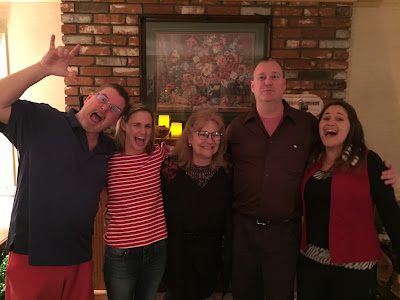 I like this photo better.  So does Liz.  She snuck in just in the nick of time.


The actual Thanksgiving day was spent at Disneyland, peeking in at Liz while she worked at her ride. The matey is a pirate wench. Arrrrrr. 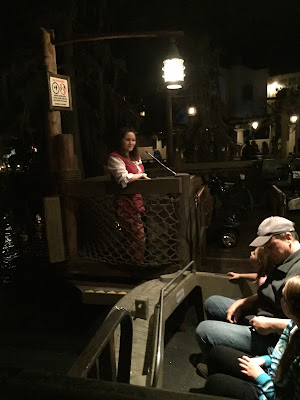 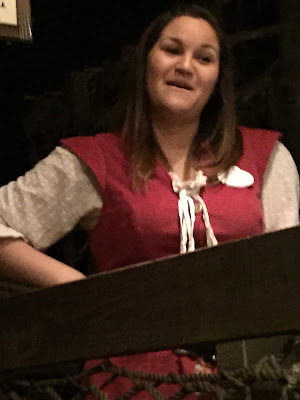 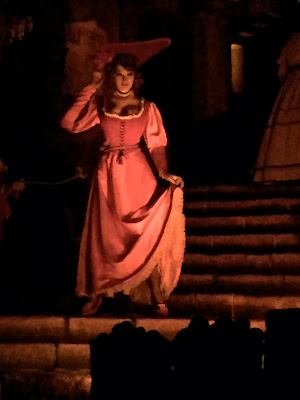 Ahoy, Matey.  There really are wenches out and about.

Guess you would never believe that this is me, huh?  Drat.  I was just thinkin' that I looked pretty good as a wench.

Later that night when she got off work, we headed to The Plaza Inn for a somewhat traditional Thanksgiving feast. Hey, it worked. 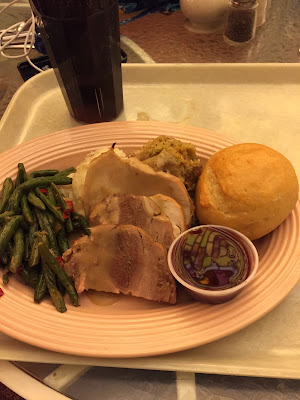 Actually it was pretty good.  But the pumpkin pie was sadly absent.


And afterwards?  We closed the place down. We also forgot to check our locker, too. Wish I hadn't left my purse in it. But, I did.  It wasn't too bad, though.  It did get me another trip to the magic kingdom the next day... and a cookie.  Yep, I did get a cookie out of it. I had to hang out at Downtown Disney to find me a cookie store but I did!  Ah, life is sweet.

And finally, I was able to attend an NBC PAGE Reunion!  I've always wanted to attend and yes, it was sweet. Met up with a dear, dear friend.  Actually a couple of them. 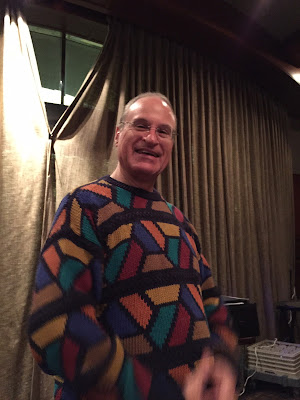 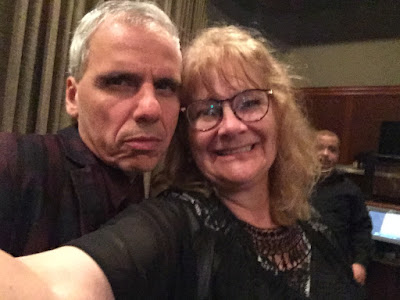 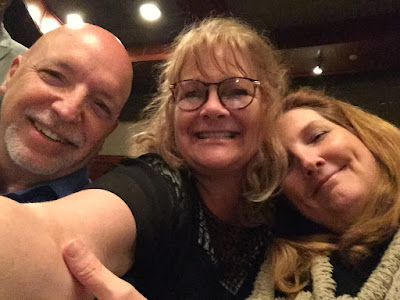 
So, I'm home now and life is returning to normal, whatever that is.  Well, until I head out to CA again. But that trip will be sweet, too.  I've got some new family members to catch up with. Sister Jeana and brother Joe ... here I come!  Yep, they'll be there then, too!

And next up?  The rest of and best of those family reunion photos. Oh, don't worry, it'll only be a few. I promise.

But in the meantime ... here's a few more CA pictures: 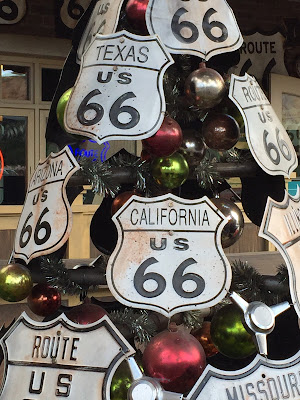 I found this "Christmas tree" in Disneyland.  I thought it was sweet that they welcomed me so warmly, in Texan and Californian. 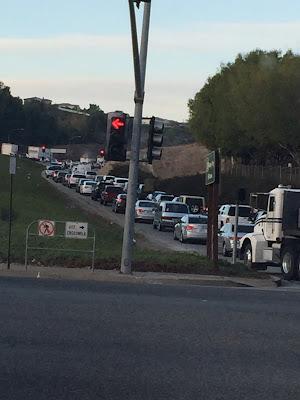 Traffic has just gotten worse.  This appeared to be a normal sight there. 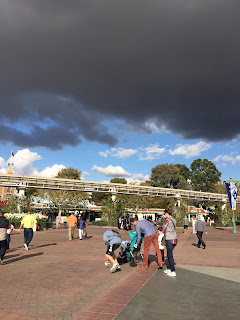 The weather has gotten worse, too.  I thought it never rained in Southern California.

I guess I made that up.