Know what else happened while I was in Idaho? 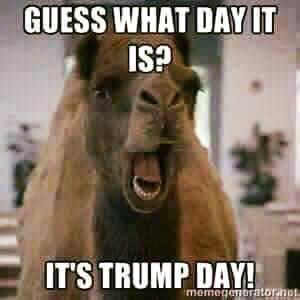 We done got ourselves a new president.  That we did.

I will tell you, though, that I am living in a house divided.  So actually, my vote didn't count.  Neither did Rick's.

"My only political post (you won't need to unfriend me):  I'm living in a house divided but no one is out protesting.  We have separate healthcare plans but neither one is worried.  My voice has been heard by him; his voice was heard by me.  One of us works, the other doesn't; again, neither is worried.  We like different TV shows; we like different pizzas.  But we both ultimately know Who is in charge ... and we worship the King, not the president ... whichever party's candidate happened to win.  GOD BLESS AMERICA.  We are SO blessed."

Take that for what it is ... and please pass the Kleenex.  This bronchitis/pertussis/whooping cough/pneumonia/cold is getting old.