... that I did over the Thanksgiving week was to sell Rick's car.  We needed to get rid of his old Toyota Highlander and thus I set out to do just that.

Rick thought $1000 was a good price, after all the car is 13 years old.  It's been a wonderful car, but still ... who's looking for a 13 year old car?  Yet, it IS a Toyota and Toyotas are awesome and do last forever.  Still, it was old and dirty.  Yet, it only had 85,000 miles on it.  That's not much by today's standards.  However, it has been driven across country.  And there is some definite body damage.  Rick once tangled with a Sonic speaker.

There are a few wayward stickers of the military on the back.  And there's that sticker for Congressman Sam Johnson that conveniently covered up some other dings on the back bumper.  No telling who Rick scrambled with back there.  Or what.

But aside from all of that (and did I mention the strawberry milkshake stain down the wall of the front door?) I decided to ask for more.  I thought $5000 was a nice number.  I didn't expect to get it ... but I thought I'd try.  I could always come down a tad if I had to.  Heck, I could plummet all the way to $1000 if I needed.  Rick was okay with that.

So, on the Sunday before Thanksgiving, I listed our dear old GOLD Toyota Highlander on Craig's List. 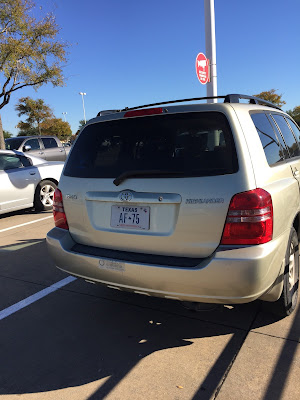 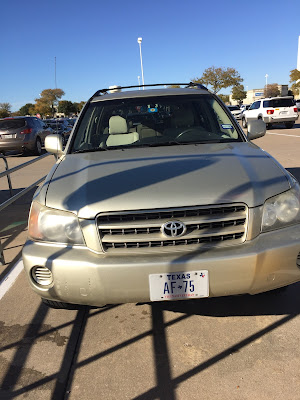 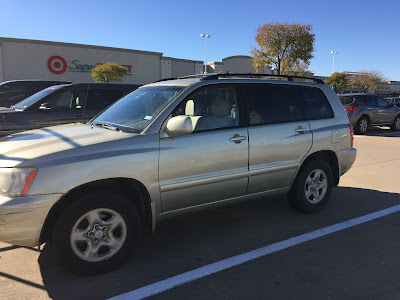 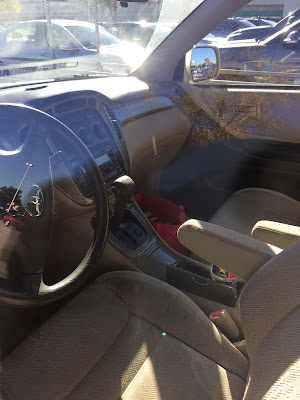 Barely five minutes had passed when my phone BLEW UP.  I had never seen nor heard so many calls come through at once.

I couldn't even turn my phone off because the next call was on its way in.  The phone was fighting with itself to stay calm.

And all of this happened while I was at work.

Needless to say, we did not sell the car for $5,000.  We took the highest bidder over the price.  And I was so intimidated that I had my daughter come outside to help field the bidders.  In fact, I washed my hands of all of the bidders and just let her have a go at it.

Wanna know where our old GOLD Toyota Highlander lives now?  In Cambodia.  Yep, she has moved to Cambodia to become a taxicab.

Who'd of thunk it.

And, it turns out, they only take GOLD or WHITE SUVS.  Yep, our little gold car fit the bill.