Why, you ask?  Something about a flood.

So, pain?  That was TWO SOLID HOURS of bailing water out of our house.

We lost a lot (two types of flooring - carpet and wood)  ... and ... believe it or not, all of our Christmas presents.   Yep, we are those people who still hadn't put their tree away.  Nor their gifts, obviously. 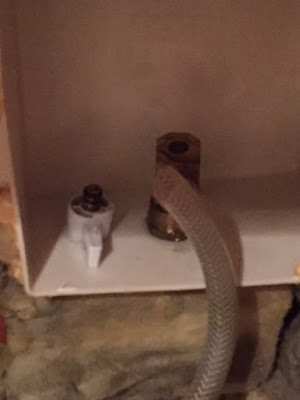 Here's what broke.  And don't say, "Hey, that looks easy to fix.  'Cuz I had no clue.  Heck, I couldn't even figure out how to turn our water off."

Here's what our main room looked like once we had decluttered.  I mean, picked up everything off the floor ... 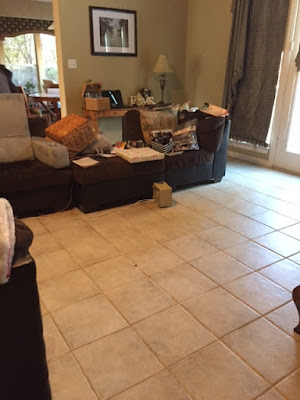 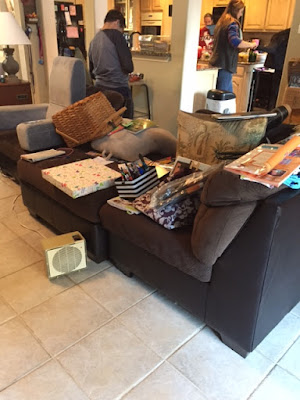 That person playing on his phone is Rick.  He's dead now.  Or he should be. 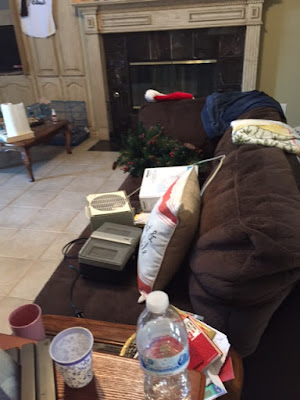 We're not really this cluttery.   Okay, we are now. 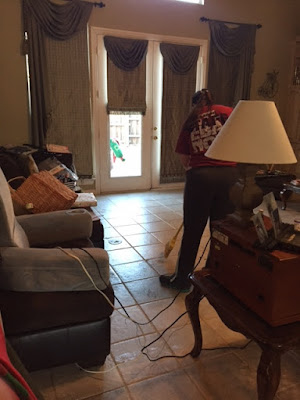 Know what I did as soon as the flood was all cleaned up?  I went out and looked for a new house.  The money pit and are done.  This relationship is over. 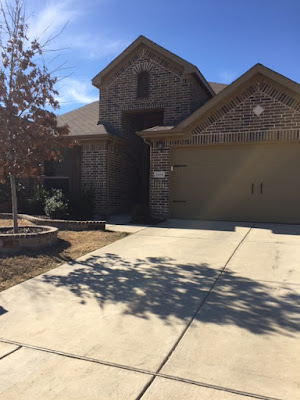 Don't believe me?  It's true.  And sadly, I found my dream home.  But my own home isn't quite ready to sell yet.  Dang it. 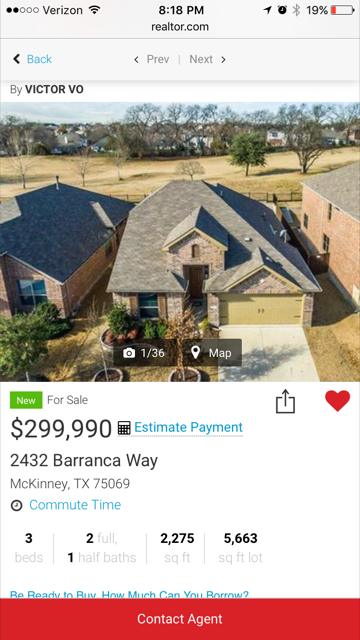