My dear, darling daughter and I headed to Oklahoma this past week for the long-anticipated viewing of THAT home.  The one that my new mom was holed up in for quite awhile, awaiting her escape.  This was something I certainly never expected to see ... never even thought I'd ever find out what city all of this happened in, even.  (That's a lot of qualifying words, I know.)  But find it, I did ... and we were in search of the famous bus station, too ... the one that dear ol' dad got arrested in.  The one that new mom escaped to and tried to hide her two year old son in.  The one that had a women's restroom that she ran to and just stood at the sink and cried.  Yeah, THAT one.

True, we did find (and photograph aplenty) the house that my new mom was held hostage in ... but more than that, we found that bus station.  I don't know why the bus station was more jaw-dropping than the house, but it was.  I felt completely punched in the gut seeing that.

Did it look like I expected?  Not at all.  But it still worked for my imagination.  It still fit the description.

And here's the photo proofs: 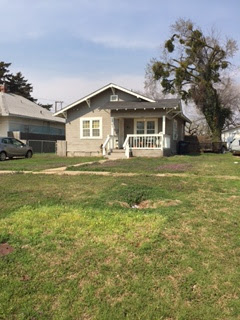 Held hostage in this house for about 1 1/2 months.  Apparently she was held in a different house, in Sacramento, CA for the entire year prior.  But this is the house that she did eventually escape from once Lancey drove down the driveway.

And below is the sidewalk that she ran down with her 2 year old son in tow.  She was pregnant, holding the hand of her son and holding a suitcase in the other.  She had also grabbed a handful of change off of the dresser in Lancey's room, which she used to give to the nice man who drove her to the bus station that day. 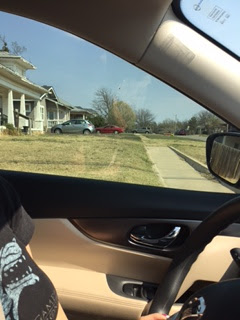 And below is the house of that nice man who, thankfully, was home and available and willing to drive a young (17 year old) girl to the bus station with her small son. 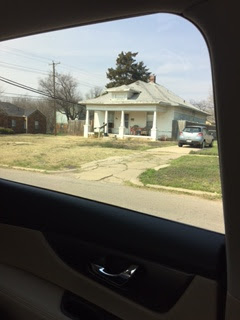 ... but the eerie part is the images below.  Not sure why they affected me so. 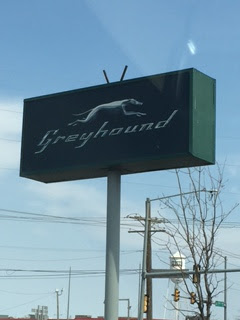 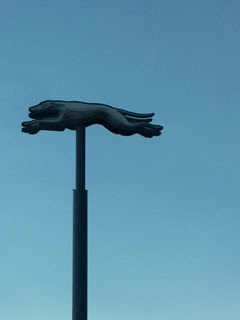 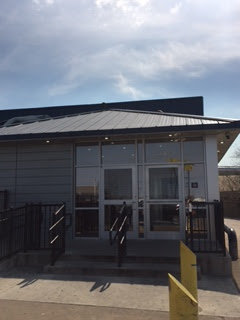 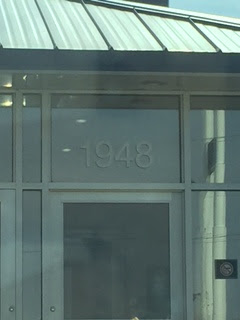 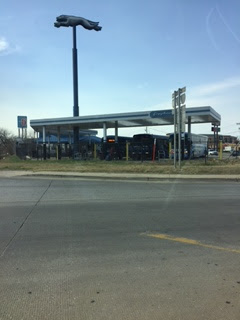 Just right off the freeway.  Very unassuming.  This station had no idea that it would still be the center of my attention some 59 years later. 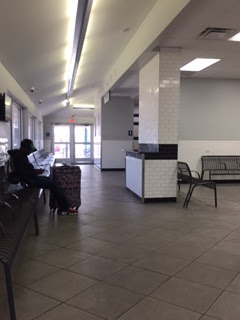 It was a simple place.  A small place.  Several people were in line at the counter and this one gentleman was just sitting waiting for his bus.  Imagine if he'd been there that day ... and all of the commotion he'd have witnessed. 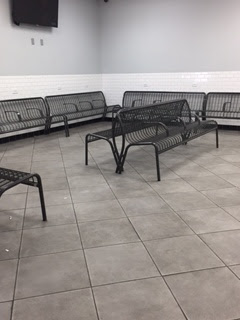 A simple waiting room that you see the first moment you step inside. 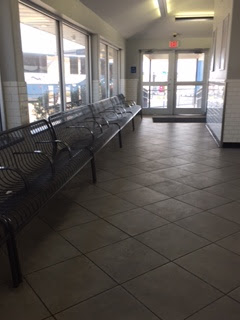 Down this little hallway towards the restroom ... and the patron is no longer sitting there. 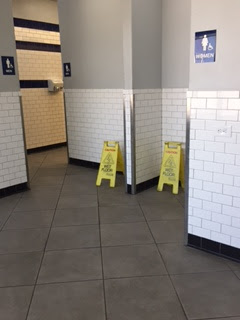 I fully realize that the entire station and, of course, the restroom have been modernized, but I'm sure that they are still in the same locations.  My imagination was fed well here. 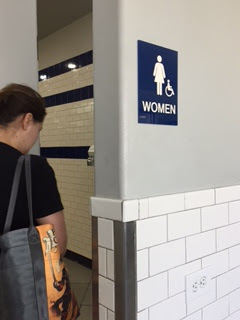 First up, you view the sink.  The one that she stood at and just bawled.  She was finally free ... although she didn't know it yet.  She couldn't have. 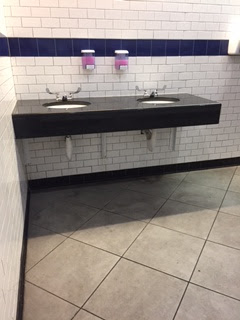 Turning to your right, you see the stalls.  Only three.  About what I imagined, though. 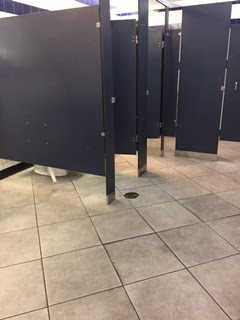 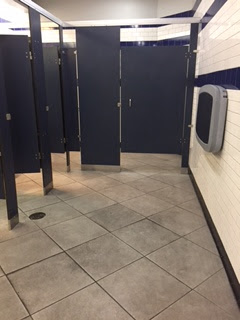 Turning back around you see a mirror (and me) and a trashcan.  I don't know if bathrooms had mirrors back then, but I imagine they did. 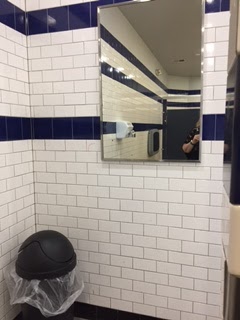 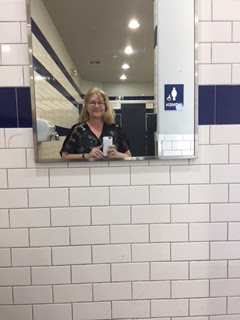 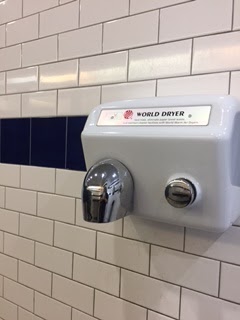 I do remember hand dryers from my childhood ... so maybe?

And the piece de resistance' ... 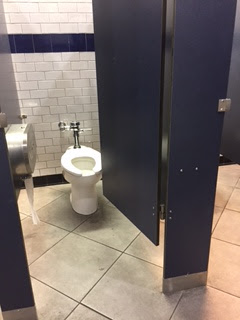 Toilet #3
Now I KNOW they didn't have handicapped toilets back then ... but there was still probably a toilet in this spot.

Elizabeth chose to use it, too. 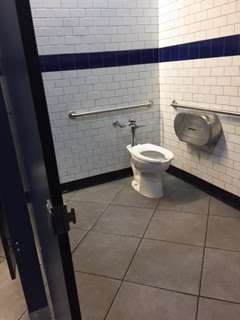 That's all the toilets and stalls.  Had to be one of these that she headed into. 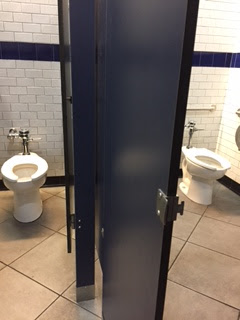 Looking back out of the bathroom doorway, you'd see this.  The bus station parking lot.  Actually the BUS parking lot.  Not sure how or why Lancey knew where she went but he obviously saw her in there. 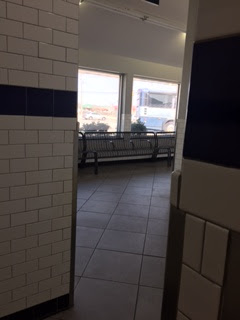 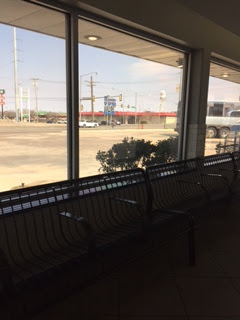 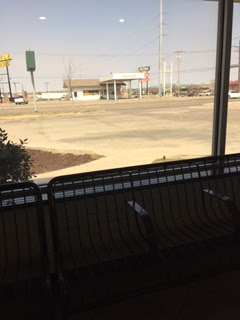 Above are all of the windows that Lancey could've peeked into looking for her.

Ever seen the movie "Lion?"

Know what?  Obsessions pay off.