Elizabeth, now that she has a voice again, has begun to tell us some tales of what she experienced in New Orleans during Spring break.

And Liz... She worked at a children's center. Tiera was in need of some affection, big time. Liz had a lot of love to give.

"We all talked and decided that Tiera has a horrible homelife. She frequently made references to smoking (which she is apparently exposed to) and revealed that when she is picked up from daycare, she will be dropped off at a home alone for the evening. Terrible, terrible home life we gather.

"And she's not the only one. All these children need is some love. These children had no inhibitions whatsoever when it came to us, because we showed them love and understanding and care. Other than us, there are 3 attendants to all 38 or so children. And they really don't care one way or the other as long as the children are safe. So the simple fact that we played with them and showed them some hard core love probably made no impact in the long run... but it sure did affect their day."

I'm sure it had an effect on Elizabeth's day as well. 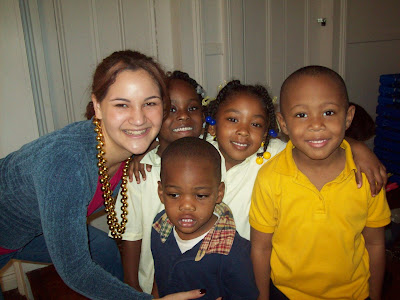 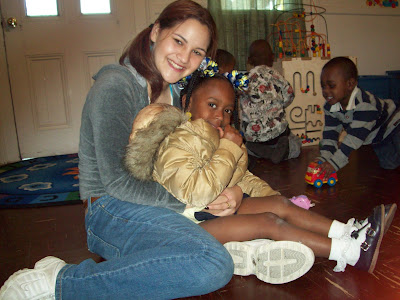 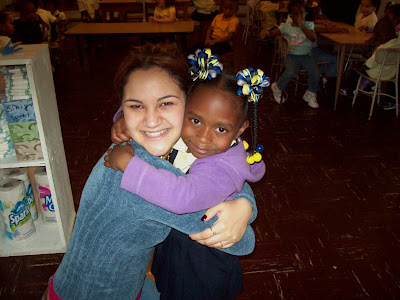 Liz, enjoying a hug from what looks like a future cheerleader!!!
Posted by - Kris - at 4:42 PM

What a great kid. I bet she DID make a difference for more than a day.