Ocean? They have an ocean here?

We have arrived... and after having lived in Texas for two years, I was a bit confused by that big blue water thing they have here. They call it an ocean. I've heard of those. But we don't have any in Texas. Well, I'm told there's one way down south, but we are five hours from it. I saw oceans more regularly in California.

It's a very nice ocean. Boats sail by occasionally on it.

You can see it from our lobby... 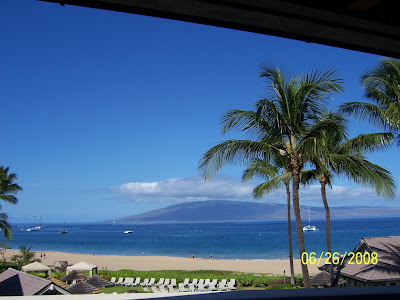 You can see it from our room... 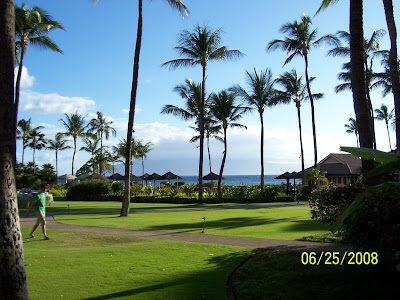 and there's sand out there, too. I remember sand. You could write things in it. And this is Elizabeth doing just that.

Or else she's worshipping Mecca. Not sure which. 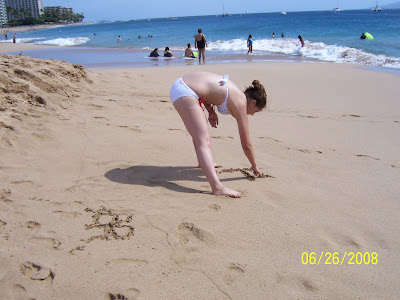 Liz looks better in a bathing suit than I do. Although I had one on, this is all the glimpse you'll get of me in mine. Doesn't my foot look a lot like Fred Flintstone's? 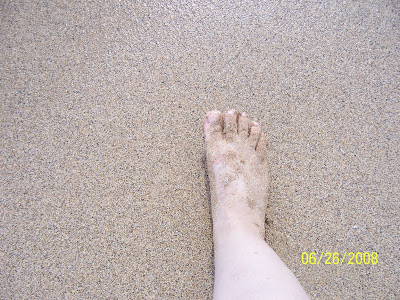 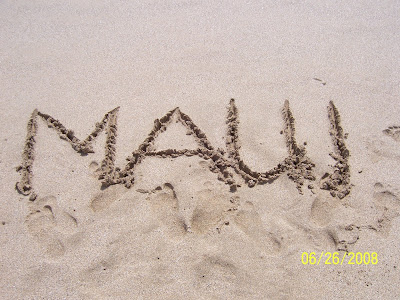 Rather fitting, I'd say. Since that's where we are.

And here's two people posing by that beautiful ocean. They are SO in need of a vacation. Glad they could actually make it here. 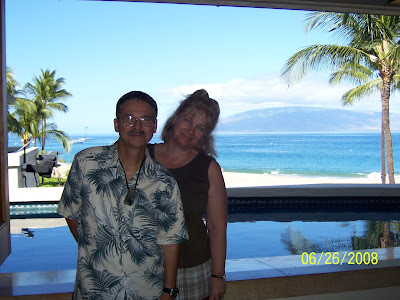 And before I bore you to death with more "vacation photos" as Elizabeth so kindly pointed out that I'm doing... here's one of Rick. At dinner. He looks good. And I'm glad that his leg condition cleared up just in the nick of time for him to be able to make it on the trip. He deserves this trip as much as I do. 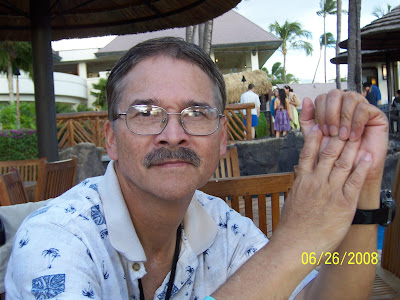 Liz is enjoying herself, too. She found a waterfall to pose beside. We haven't found any waterfalls in Texas, either. We are really missing out on fun things in Texas. 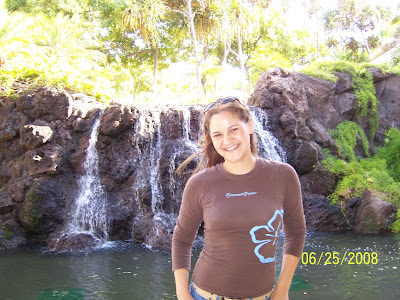 You can continue to "bore" me with your pictures anytime! I'm so glad you were able to make it. Have a great time and keep us posted!