A place that was very mystical to me. A place that I spent a few summers, visiting my grandmother. And there were two times in particular when I got to fly there by myself or with my brother to visit my grandmother and all of my aunts, uncles and cousins.

Who knew that I would one day live just 40 minutes away?

My cousins that are still nearby do not share my fascination with my grandmother's home. But then they were there every Sunday for dinner. I was there so infrequently that I saw it as a faraway, magical place that gave me lots of nooks to explore.

And now that I'm grown (well, almost) and my grandmother has long since passed... and my cousins have no interest in the place... I just had to see it again. Even if I had to take myself there.

The last time I saw my grandmother's house was about fifteen years ago (maybe more) when my uncle drove me over there. And seeing what the old neighborhood had become, he drove by very quickly and floored it out of there... telling me never to return. The owner of the house had stepped out onto "her" porch to watch us, making sure we didn't try anything funny. That's when my uncle's foot hit that pedal, pushing it to the floorboard to get us out of there.

But that didn't stop me. I had to see the old place again. 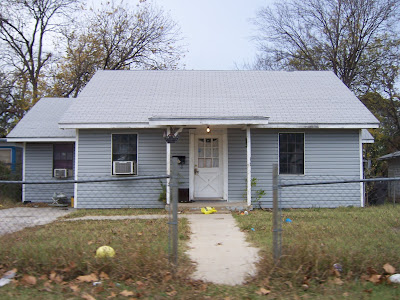 This is the house. Believe it or not, it's quite a bit bigger than it used to be. See that little blue part of the house in the left of the picture? That used to be the garage. It appears that someone has added on, by enclosing the garage. And adding a window a/c. Actually, since it was such a tiny house, that's a pretty smart idea.

It appears that something has been added to the right side of the house as well.

As you entered the front door, you were automatically in the living room and headed straight back to the kitchen and out the back door. There were two small bedrooms to the right of the front door... and a tiny bathroom in back. And that's it!

Didn't use to have a fence in front. Certainly not that kind anyway. The yard was open and there was a big ol' tree in the front yard that we would play under. And Mrs. Lawson lived next door and her granddaughter Sonja would come over to play with me occasionally. 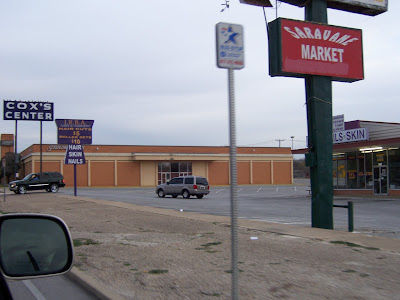 This is Cox's. Looks like it was still in business until recently. Amazing. It was a big ol' department store filled with fine clothing for women. Bored me to death... yet I would walk to that store everyday just to have something to do. 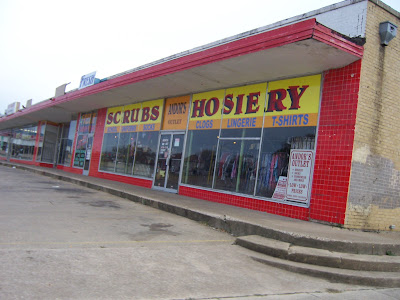 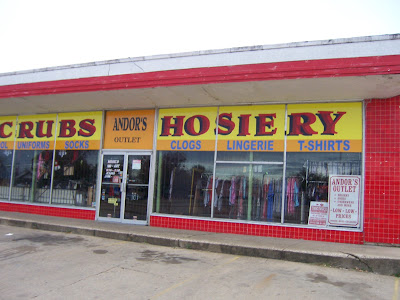 And this was a Rexall Drug Store. Complete with a little diner inside that served breakfast. How I loved walking to the drugstore to spend the dime that my grandmother would give me... or... even sit at the long counter and eat a breakfast. Just like in "I Love Lucy." Ricky did that quite often. He'd go downtown and have breakfast at the drug store. Hard to imagine today.

I miss my earlier life. Everything's changed so much.


But I'm happy to know that everything is still there. Except for the Rexall Drug Store. But that's okay. I have my memories.