To know my friend Karla... you would need to know a few things about her first. Things like...

... she lives in Bakersfield, she does crafts very well and that she's "the leader of a club that's made for you and me." Okay, no, she's not all about Disney. That's me. But she does head up a group of beautiful young women who look to her everytime we all want to take a trip together.

She once got an award called "the rolling lion award" and she's worked at one job (State Farm) since we graduated college together. Oh, I guess you'd need to know that we went to college together, too.

But that's all useless information. Unimportant things. Okay, they're important, but not all that much.

Let's see... Karla appreciates men, too. That's about all I can say about that though.

And last year I found this video.... and sent it to Lori, who sent it to Karla. Karla loved it. This video IS Karla.

Karla is also caring. She insisted that I have that lovely pelvic exam (my first) before I got married back in 1989 and to make sure I went, she even took me there herself. And then took me out to lunch afterwards (obviously, that was the best part...)

Married twice - one good, one bad - she is so compassionate that when her first husband was about to leave, she went shopping for him. I happened to be at her house about that time and saw that she had bought him pots and pans and dishes and all the things a guy would need to set up housekeeping. I understood love at that moment.

Karla once taught her daughter how to make water balloon bombs. She felt that all the kids weren't making them firm enough. I was completely amazed. My mother would never have taught me that. But then my mother would never have let me have the 16th birthday party that Karla threw for her daughter, Morgan. And I won't even tell you what the cookies looked like that she baked for all the girls... you'll have to use your own imagination.

You'll also have to imagine what happened to a dog of hers that died... from hypothermia. I'm not allowed to talk about that... but suffice it to say that she did it because she has a big heart.

But the most important incident of her caring? Is right now. Karla's boyfriend was diagnosed with Parkinson's Disease a short time ago. And although Fred's syptoms are becoming more apparent each day, more disabling all the time, Karla is beside him all the way. Fighting all the medical battles that someone like Fred needs fought.

Karla... there's so much to say. I've known you so long. Even though we are both only 21. Funny how it seems longer... 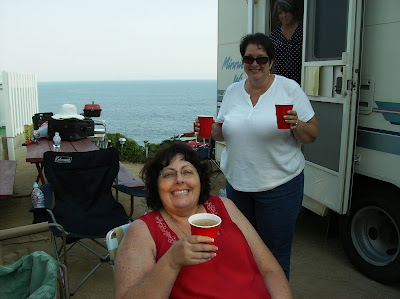 So your fifteen minutes of fame? Nope, you've got a lifetime of fame. Karla, you will forever be famous in my eyes. 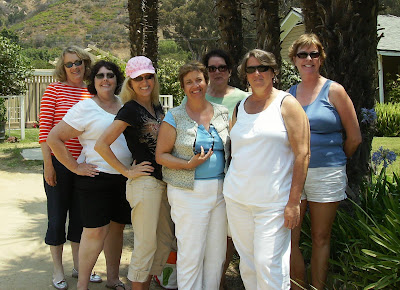 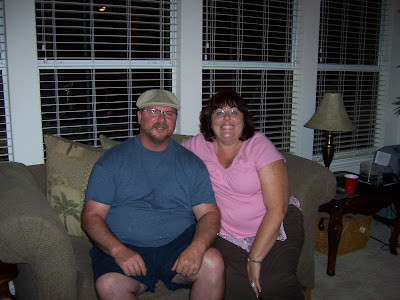