Prom Night - April 4, 2009
The kids are headed to Southfork Ranch for their Prom... home of the 'Dallas' TV Show. And very fitting since 'Dallas' was one of my shows... way, WAY back when.
Here's our Princess and her Prince Charming. 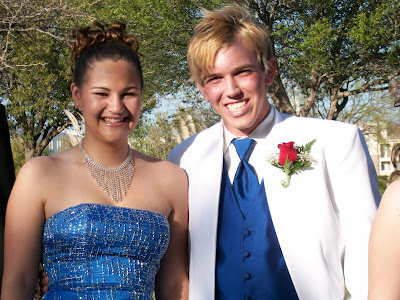 Here she is with her other Prince Charming. Actually he's mine. 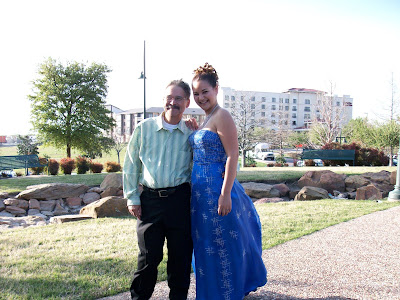 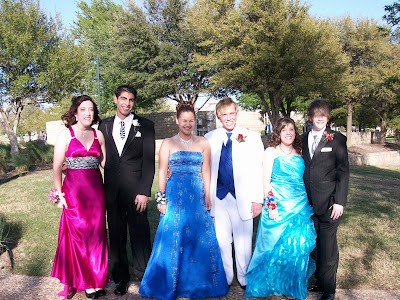 The above shot was taken right before the wind kicked up.
The photo below shows how it grabbed Stephanie and whirled her to the ground. Okay, it didn't really whirl her. It whirled me, instead. 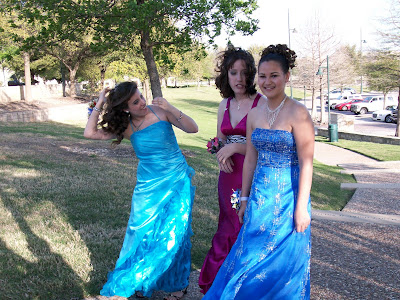 Jesse picked up Taylor. Taylor must be light. Glad Jesse didn't try to pick me up. He'd have been headed to Centennial Medical Center instead. 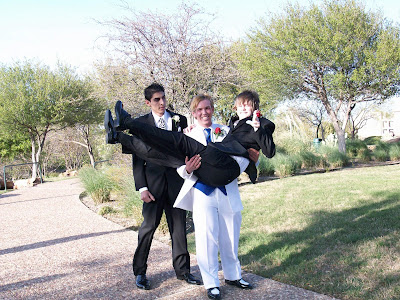 The girls are copycats. Whatever the guys did, the girls thought they could do better. Obviously they were wrong. Liz just gave up and posed. 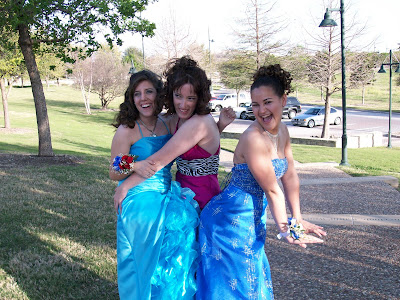 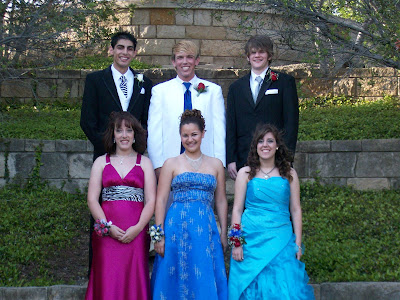 Better shot. Any shot is good when someone has their hand over their mouth. Too bad it was covering the wrong mouth. 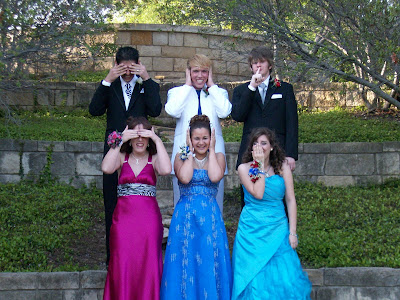 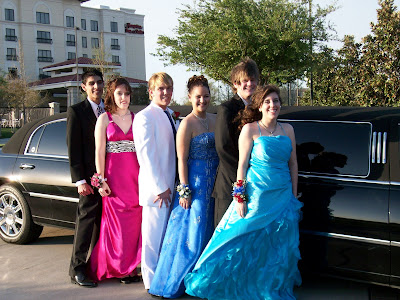 My camera takes pretty good pictures all by itself. Nice shot of Jesse's feet. I wonder what I was thinking... that I should go back to photography 101? 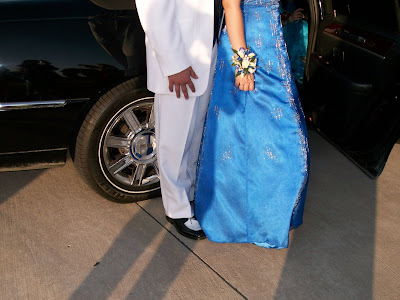 Ready to get in and head to Southfork. 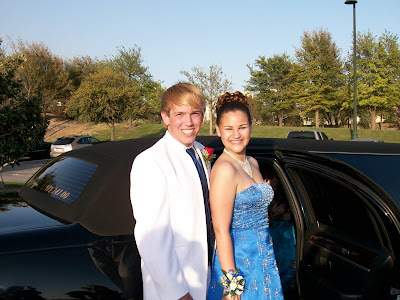 Liz decided to dump Jesse and go with this guy instead. What the heck... he had a good job. And could take her anywhere... They do make a cute couple, don't they?
Nice tie. 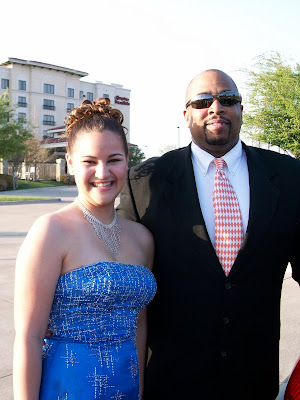 Seated and heading out. Liz has hooked back up with Jesse again. 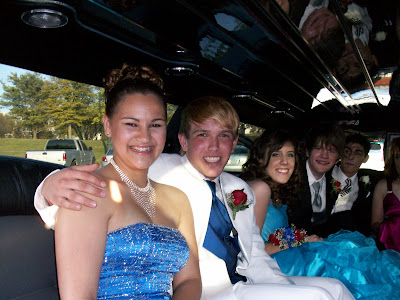 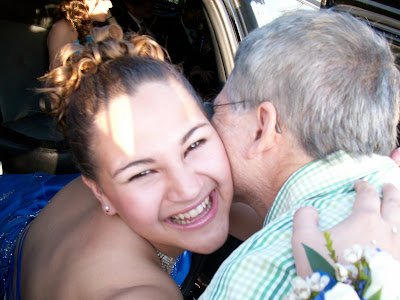