Just doing nothing here... on a Thursday morning

- CONTINUED -
The first ending to this tale was pretty good. It encompassed someone making a lot of excuses as to why they couldn't get together with us in California and why waiting till next summer was a better idea. The excuses were really pretty ridiculous. You would've enjoyed them.
I was all ready to share that tale with you today, when the phone rang for a second time. The second phone call presented a much better ending to this story so I've decided to go with it.
So, here goes.

The phone rang and woke Rick out of a deep sleep. I had already been up to let the dog out but I was still in my pajamas.

"Mom?" Voice quivering, "I've been in an accident."

"Plantation and Lebanon."
"I'm on my way." In my jammies. I threw on shoes to make the outfit look complete. It was definitely a good look.
I knew she was fine because she had just called me. I thought maybe that she had rear-ended someone and was just a little nervous about it. I was pretty sure this was just a little fender-bender. I couldn't have been more wrong.
When I arrived (and it was on our street, only three blocks away... don't most accidents happen three blocks from home?) there were already ambulances, fire trucks and police on scene. The police were already on the streets directing the daily traffic around the tangled mess of cars. One car was up on the median and my daughter's car was on a completely different street. Ruined. That car was ruined. It's bumper was lying on the sidewalk quite a ways from the accident scene.
Shaking, I parked at the golf course clubhouse directly across the street and searched for my daughter. I saw her with a policeman and she seemed okay. I searched for the other driver and couldn't find him/her. Just the car. Curious, I thought. But still.
I dodged all traffic, disobeyed all traffic laws and crossed that busy street to get to my daughter and her car.

Here's a few glimpses of the scene: 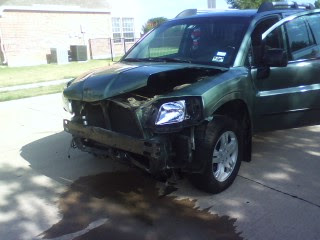 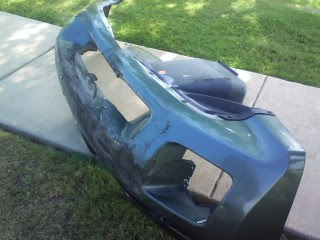 Here's a little pile of debris that was found in the street. From our car. Mementos, anyone? 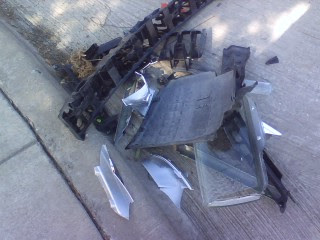 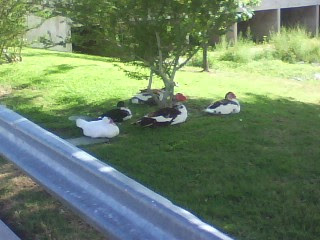 I have since found out where the other driver was. He had already been transported to the hospital.
Yikes. I sure hoped this wasn't Elizabeth's fault... 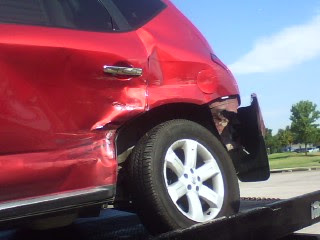 The other guy. Not any too pretty. 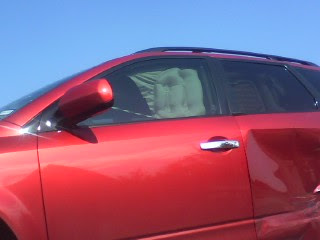 His air bags deployed. Interesting that Elizabeth's didn't. We have since alerted Mitsubishi to this. I am anxious to see how this will play out.

I quickly looked around and surveyed the scene. Police cars, fire trucks, ambulance, a man in the hospital. Two ruined cars, two tow trucks, the impounding of both cars. Insurance claims, insurance pay outs, upped insurance costs. Medical bills, lost time from work for the other driver. There were also men who came to clean up the wreckage.

Dollar signs were just a-dinging away in my head. All because this was Elizabeth's fault.
I am sincerely grateful that she is okay. I truly feel that way. And I've since learned that the other driver's injuries are minor. He remains in the hospital, but still... his injuries are not life-threatening. I know this could've been so much worse so for that alone, I feel very blessed.
Of course, our trip was immediately cancelled. Actually, it was cancelled with the first phone call. The second call just clinched the deal. And no, Elizabeth will not be driving to Connecticut. In fact, Elizabeth will not be driving anywhere. For a long time.
Elizabeth is taking it all quite oddly. She has already gotten on with life and gone out to lunch with her friends, leaving Rick and I to clean up the "mess." She did wonder when she could get another car. I mentioned something about hell freezing over. I'm pretty sure she understood what I mean't.
Part of me is so grateful that Elizabeth is 18. But the rest of me realizes that that probably doesn't matter. She is still on my insurance. I'm fearing that we are going to get sued. I still have a California mentality when it comes to things like this. I expect the worst. I can just see someone coming after my house over this...
So what did Rick and I do?
We went out to lunch, too. I just can't process anything on an empty stomach. 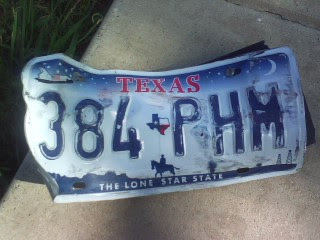 Wanna know the best part? Elizabeth got a citation for failing to yield right of way at a stop sign. THAT upset her. She felt THAT was unfair.
I think she's gonna try to fight the ticket.

So glad she was okay and the other driver was, too. I didn't get from the Facebook postings by the two of you that it was this bad. Yowza. Good luck with all of it. I can tell you my step-daughter had a similar flip attitude when she hit someone, too. Kinda weird. But all's well that end's well? Loved the "onlookers" photo.

I guess I don't get it when it comes to...What part of YOU CAN'T DRIVE AND TALK ON YOUR CELL PHONE kids today don't understand. My cell stays in my purse in the back seat when I drive. I check for messages when I get to my destination!!!
I am glad that she is all right!