.
North Dallas hit some sort of a record high in these past two days. What was supposed to be 2 inches of snow turned out to be 9.4 inches of the white stuff.

Was it cold? Yep. Was it pretty? Yep. Did I enjoy it? Surprisingly, yes. Even I marveled at all the snow in our neighborhood!

Here's a glimpse of what we've been seeing on Plantation Lane in Frisco! 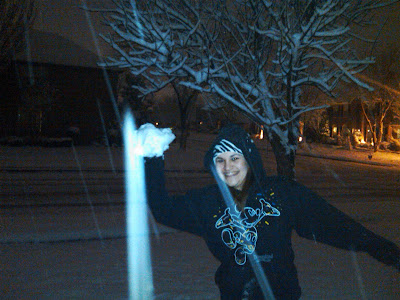 10:30 PM on Thursday night. We'd already been off work for one day... with a second one about to happen on Friday as well. How I love those long weekends!

Elizabeth enagaged me in a snowball fight. 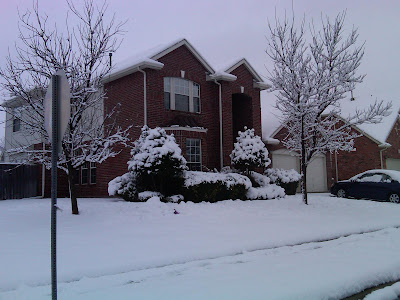 Our house on Friday morning. You'll probably be seeing this again on our Christmas card this year! I've never seen this much snow ('cept maybe when I was a kid and my father would take us all to Big Bear) and I probably won't again in my lifetime. 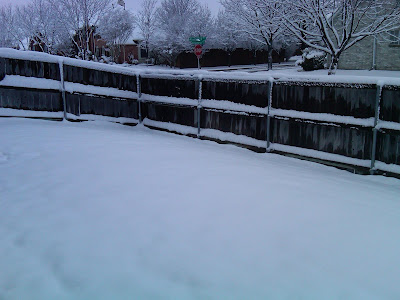 Our backyard.... has disappeared! 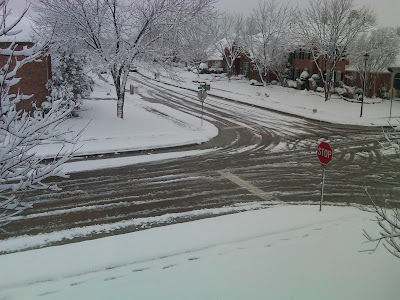 The roads right in front of my house. That's our corner... that's our stop sign. Those are probably even my footprints. 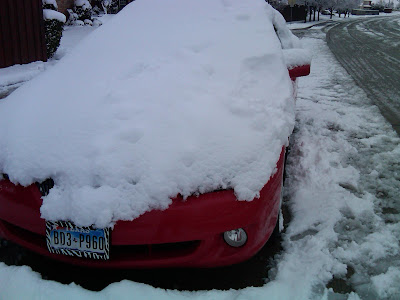 And speaking of roads... this is Elizabeth's car. Parked on the street overnight. Good thing she didn't have to work Friday. 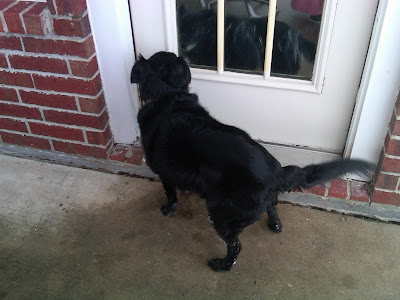 Midnight's first trip outside to the snow had her turning and trying to run back inside. Fast. 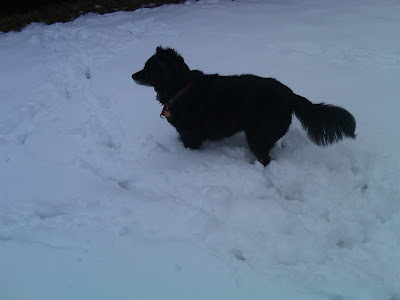 After a few tip toes through the snow, she finally gave in and threw herself into it full force. 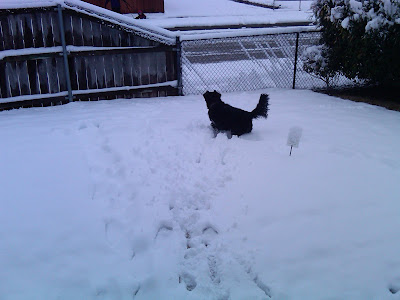 It didn't take long till she was loving the romp. 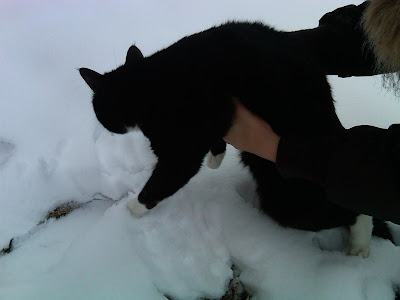 Jeannie was another story. 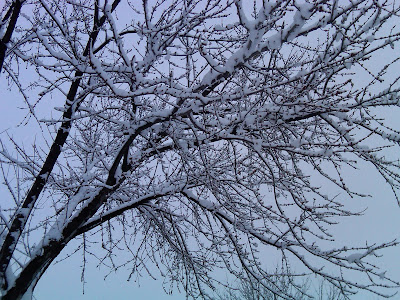 Would Ansel Adams be proud? 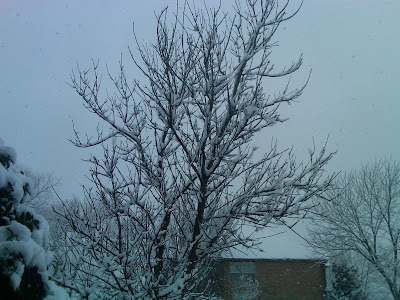 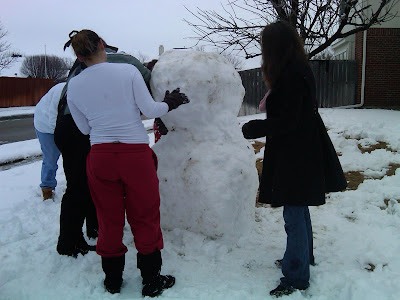 Liz and her friend Mandy got the idea to build a snowman. I mean, 'cuz there was snow everywhere and all...
Soon, a few neighbors joined in. 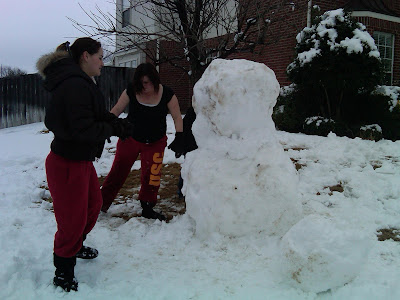 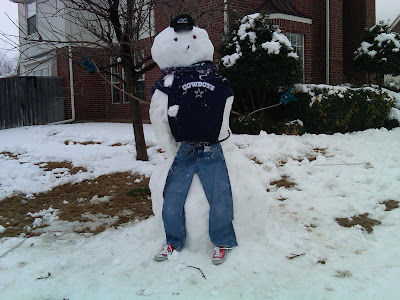 And Billy Bob was born.
Billy Bob, however, did draw some attention... that Cowboys shirt brought out the worst in some passersby... that happened to be for Minnesota.
.
Posted by - Kris - at 10:46 AM