The couch that swallowed an entire living room

.
A few weeks ago, before even the hint of a move had occurred... we decided that we no longer liked our family room furniture.

Yes, I built them. Yes, that's why they were falling apart. But still.

Anyway, on one sunny Saturday afternoon not too long ago, there was a sale.... a simple little sale. 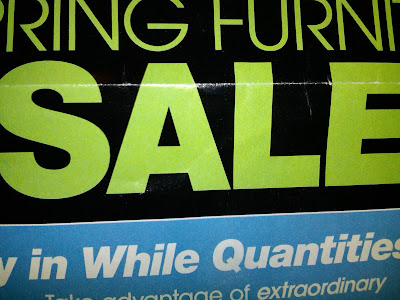 A sale on furniture, no less. 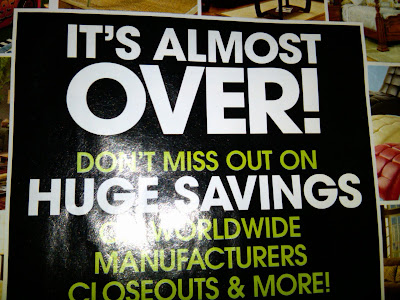 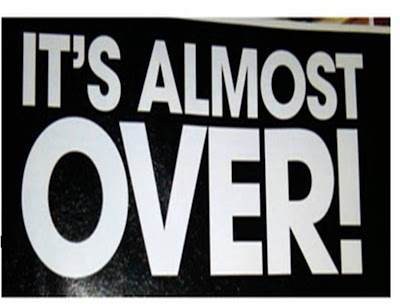 No really, it was almost over. Almost. 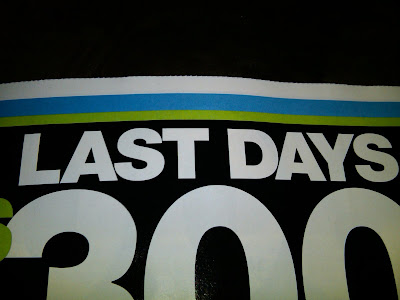 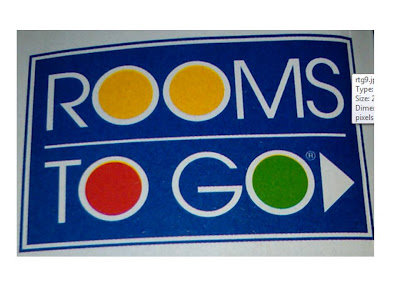 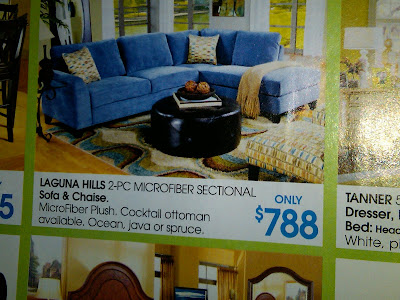 I found this cute little number... 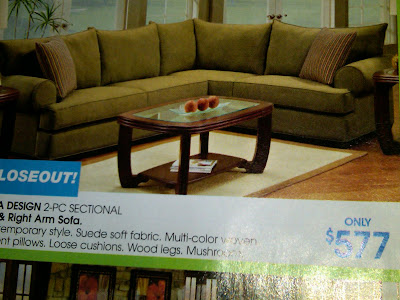 But Rick would have none of it. Nor neither of them. Nope, not one. Nor both. 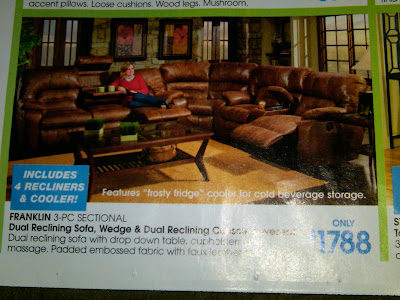 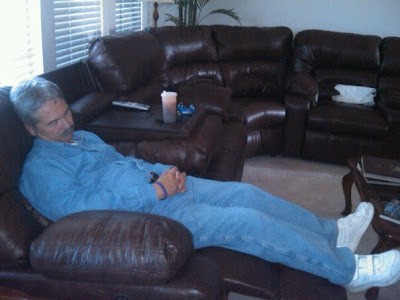 Because he could do this... 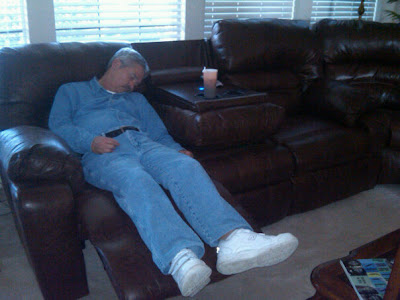 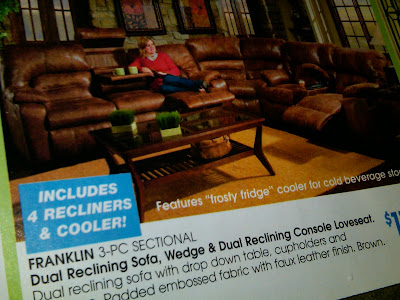 ...in our family room. Complete with four recliners, two vibraters, four cup holders, AND A COOLER!!!!! Who on earth needs a cooler buried in their couch????

He may never have to walk to the fridge again. 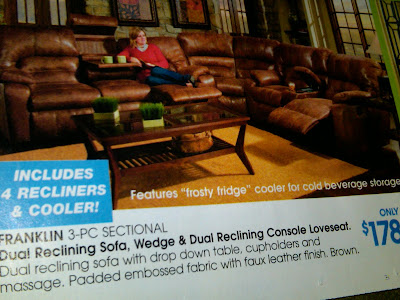