Got this text from my daughter yesterday.  I'm the response in green...

﻿The next text was just a tease... she wouldn't tell me who, but she did tell me that he was age-inappropriate.  INappropriate.  However, I read it as the opposite.  I was guessing lots of great guys that were sure to be asking for my daughter's hand in marriage soon. 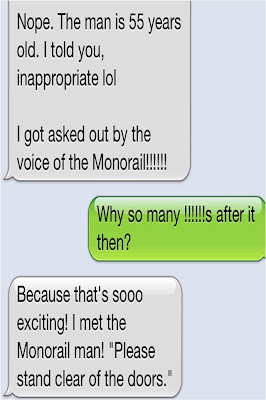