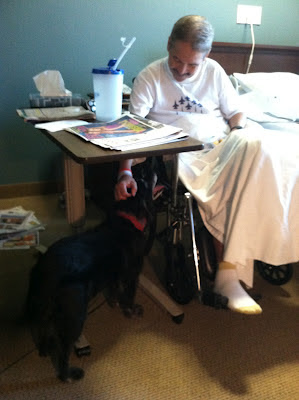 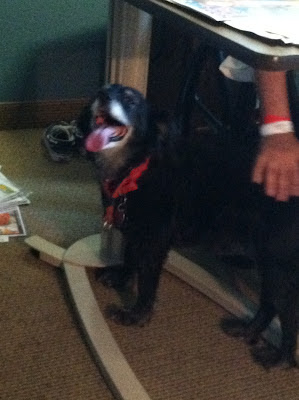 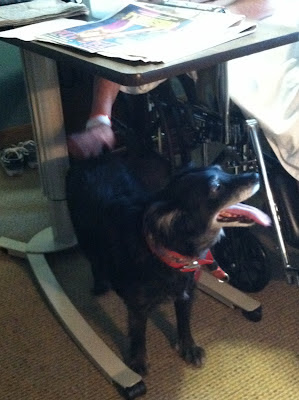 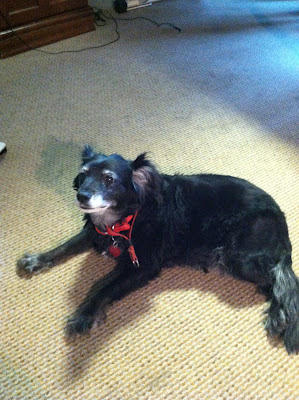 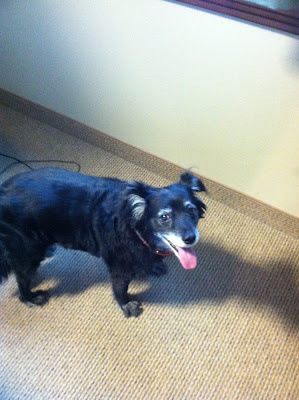 That's right.  That smiling dog above deserves an Academy Award.  Or a spanking.  I stayed up most of Saturday night monitoring and nursing this little actress back to health.  She was so near death that I put out an SOS on Facebook, even.  Midnight was so ill on Saturday ... shaking, whimpering and barely able to walk that I carried her out to tinkle, I hand fed her, I hand watered her... and generally tried to take care of a dog that had gone downhill in a very short amount of time.  Midnight could not even lift her head up without crying.

A friend simply said, "Maybe she needs to see Rick."  And I decided to take her to see Rick one last time.  I hated to drag her out but I was considering "putting her down" and thought Rick should see her one last time.

The little twerp was a brand new dog.  Immediately.

I'm hating Midnight now.  But I hate anyone who can act better than I can.