Every time I looked at our dog, Midnight, she was pining away for her best friend.  He had just up and disappeared without so much as a goodbye in her eyes.  I knew where he was but she had no clue.


She pined in his office... 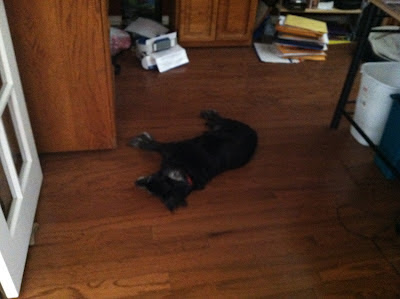 She pined in the kitchen... 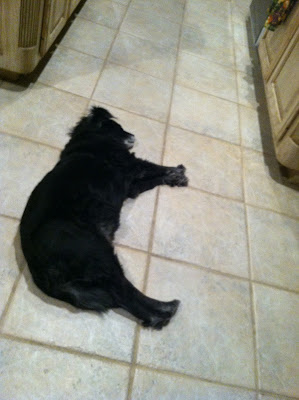 So last night, I came up with a brilliant idea!  It was ever so amazing!  I would simply take Midnight with me to go visit her daddy.
In 1997, I took Elizabeth to visit her daddy and in 2012, I found myself taking Midnight to visit that very same man.
﻿ 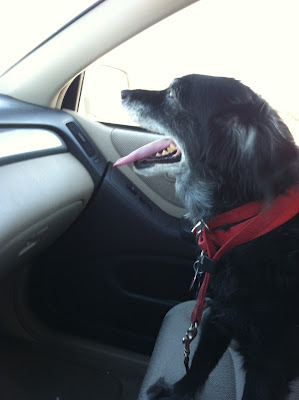 Midnight was a very happy girl. 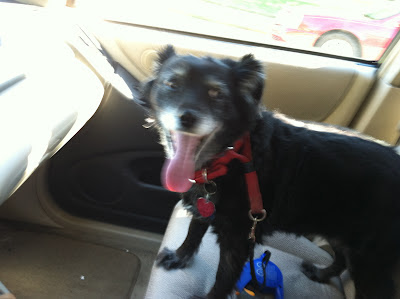 Midnight is no longer my favorite daughter. 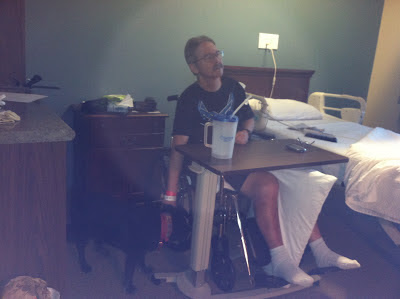 And once in the room and once the shock and surprise wore off, the petting began.  Midnight was beside herself.  Rick was beside himself.  Well, he was beside his bed anyway. 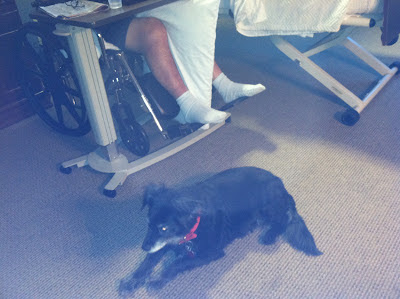 Then things began to settle down and Midnight felt at home in that little hospital room.  She sat between us just as she does at home.
﻿ 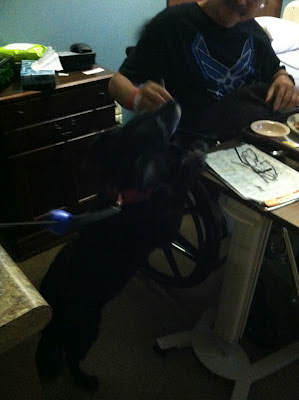 And before long, it was just as if we really were at home.  The feeding began.  Rick just can't not feed Midnight from the dinner table.  Or the dinner tray.  Or anywhere.
Midnight went on a field trip.  Her ONE AND ONLY field trip to see her daddy.  She's now banned from going simply because I like my sanity.
She doesn't seem too heartbroken, though.  Especially since Rick sent home a treat for me to give her.  I guess he didn't like his tuna fish sandwich for lunch today...
﻿
Posted by - Kris - at 6:38 PM