Two days before the Texas State Fair ended and one day before I was supposed to attend myself, I got a panicked call from Rick.  I was at work, he was at home watching, what else... the news.  Or The View or something equally as awesome.

There was suddenly an interruption...

A Texas icon was in trouble.  And Rick was in tears.  I kid you not. 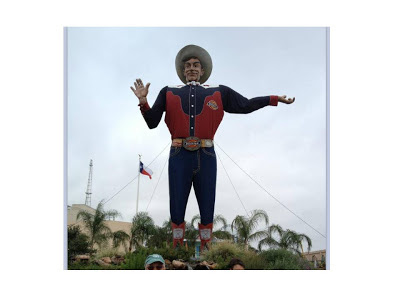 Above is Big Tex.  He stood at the entrance to the Texas State Fair year after year after year.  And he talked.  He had a deep, southern voice that greeted visitors at the fair.

I'm from California so Big Tex didn't have a hold on me.  But the Texans I encounter on a daily basis?  They were and are devastated.  Apparently Big Tex has been a part of their lives since... 1949.  Over 60 years.

It all started with a spark from his hat. 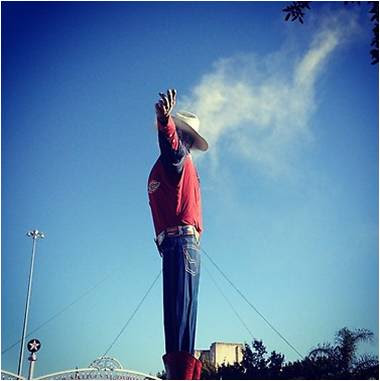 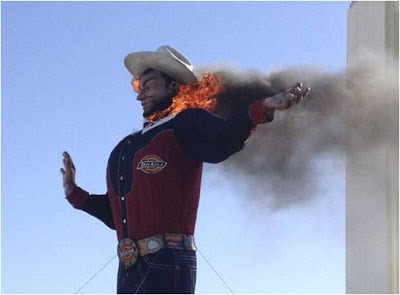 And then a necklace of flames. 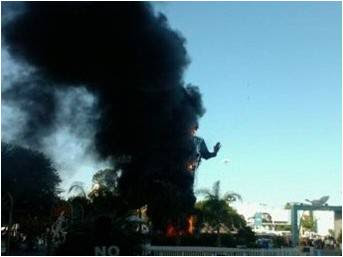 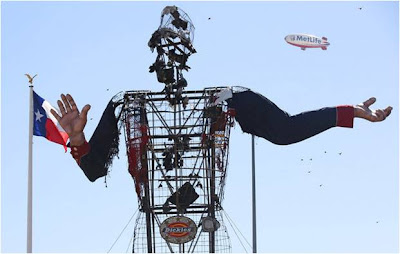 And after all was said and done... Big Tex was just a shell of who he once was.

I love how the METLIFE balloon flew behind him... offering what?  Life insurance?  Uh, too late for that, I'm guessing.

I've been told that Big Tex went down talking...  I'm not sure, but I see that he was trying to wave to people even in the end. 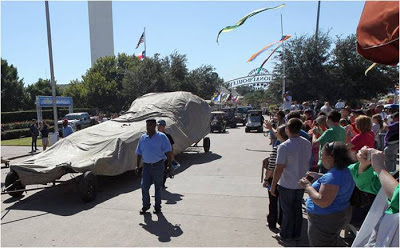 He had a proper removal from the park, amidst a million onlookers.  And the news reported that people brought flowers and laid them in the spot where Big Tex used to stand, greeting folks.

Again, I'm not a huge fan of Big Tex... in fact, he was a bit scary looking, if you ask me.  But I remain amazed at how Rick took it all.  You'd think Big Tex and Rick had been pals.

I gotta tell you, turning 60 is hard on an icon.  Hard on a person, too.  And don't think I haven't reminded Rick that he's about to turn 60 ...  I made sure I told him to keep a fire extinguisher nearby. 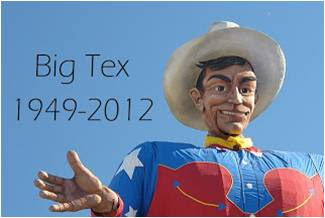