Actually, it's not all that funny.

And his walker, wheelchair and shower chair have just arrived.  Really?

Thank Goodness I still had my mother's walker and Thank Goodness I had hung onto an old wheelchair... and too bad I gave away that shower chair that Rick didn't use anymore.

So, even though they sent Rick home with NOTHING, he could still get himself up and around our house.  He just couldn't shower.  Yep, he was one stinky dude.  Until today anyway.  He's got his own little chair in the shower now.

If he ever gets to use it.  That think works well for me, too!  Hey, I take long showers.  I need to sit down after them.

So anyway, we are well equipped here in our house, even if it's 27 days later.

Wanna know something else funny?  We don't need any of that stuff no more.  Nope, no more.  Look... 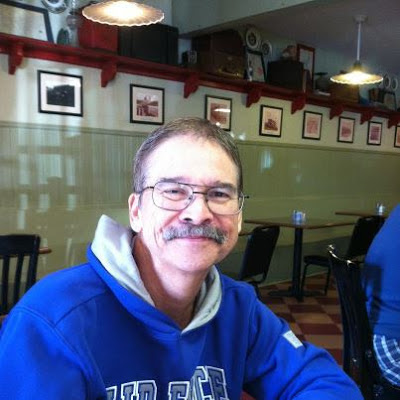 October 20th.  My birthday.  Rick took me out to breakfast.  It was Rick's first time out for a meal since August. 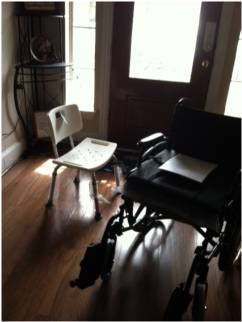 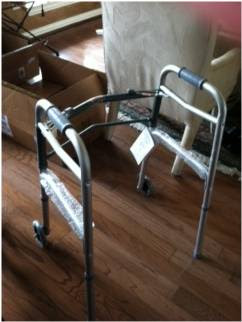 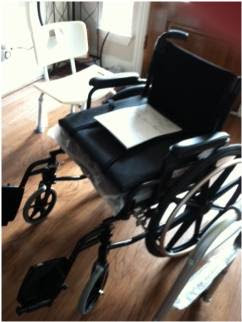