It was indeed, THEE JODY DEAN!

Kris, hi, this is Jody Dean.  Obviously, I've called you too late in the day.  I didn't realize this was your work number.  I tell you what... my studio line is ***-***-****, there's a backup line, ***-***-**** and I was wondering if at some point tomorrow morning when you're not terribly busy when you get to your desk, if you could call in to the show and we could talk about your crazy wedding.  Ah... again the numbers are ***-***-****, (muffled rattly sound is heard here) that noise is me raising my blinds, and ***-***-****.  Looking forward to talking with ya.  We're gonna try to pull something off in the studio next Friday, we're in Dallas, uh, near Central and Fitzhugh.  So, just to give you an update on that.  But, uh, hope to talk to you tomorrow and if I don't hear from you while we're on the air, I'll call you after we get off the air.  Have a great evening.  Bye bye. 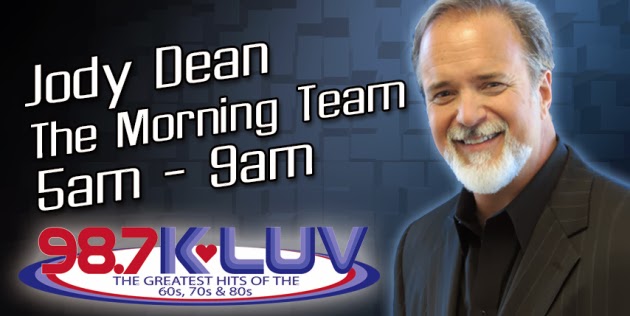 And... I was too nervous to call him back while he was still on the air so I waited till afterwards.  Okay, not too nervous... but I didn't want to call him during a song... that wouldn't give us much time to talk and hey! I wanted LOTS of TIME!  Seriously.

So, his show ends and I mustered up all of my courage and called him.

I'd even put this outside my door so that we wouldn't be disturbed. 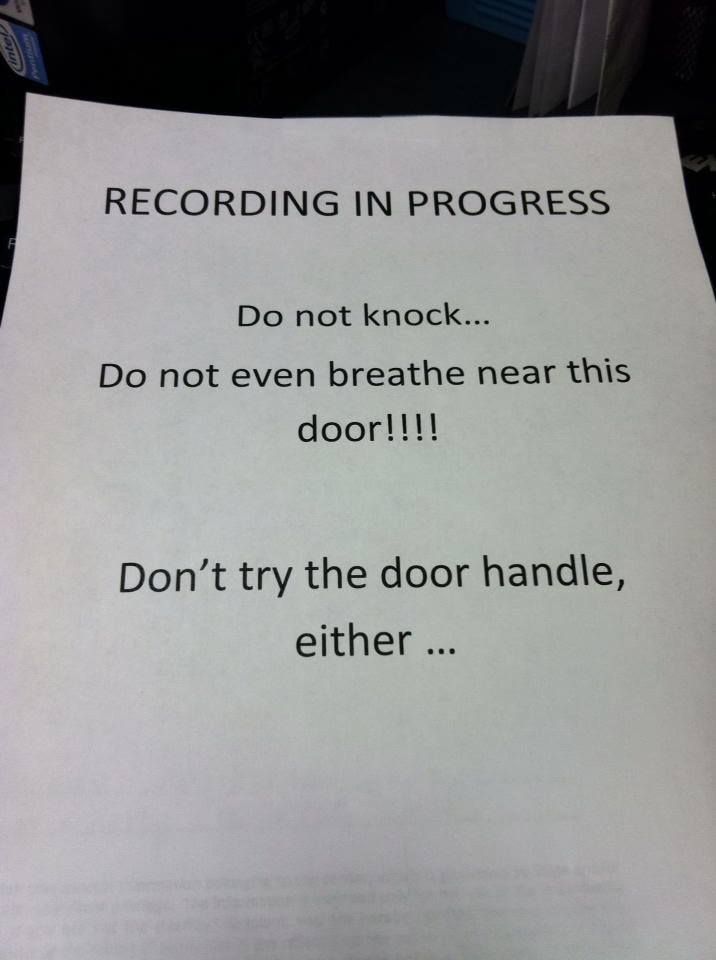 And ... we talked.  And it was recorded.  And it will air on KLUV (CBS radio) on either Monday or Tuesday or Wednesday or Thursday morning.  I was SO STINKIN' EXCITED I could hardly breathe.

Jody asked me about my wedding ... and I realized that he had no clue that I was the one with the bad honeymoon, not the bad wedding.  So, I corrected him.  Yes, I did.  'Cuz I am stupid.

But I was mistaken ... he really did know of what he spoke because he then said, in St. Thomas, right?  You honeymooned there where everything that could go wrong, did.

And we talked and laughed for approximately three or five or seven minutes.  I wasn't counting.

Then he asked me if my husband would be on board for coming to the studio to participate.  I admitted that I hadn't even asked him yet ... but if he wasn't, I'd still come anyway.  Jody laughed and said, "You want to renew your vows with David?"  Then he spoke to someone else in the room (perhaps David) and asked if he would sit in for Rick.  There was laughter in that room.  Whew!  I made them laugh.

So, I can only hope that something comes of this... I would sure like it to.  But if not, it was fun talking to Jody Dean.  THEE JODY DEAN!!!!

So give a listen over the next four days.  The next four mornings, actually.  And here's the link:

Even non Texans can listen!

Feel free to pray that I don't sound like a complete idiot on the air.  And if I do ... don't tell me about it.