Elizabeth entered a contest and won.  No wait, that was me.  Same radio station, though.  Does that matter?

Anyway, Elizabeth did enter a Celiac study that I heard announced on my now favorite radio station KLUV.  The study was to be quite intensive, quite extensive and would last about a year.  If selected for this study, she would undergo a lot of testing, a lot of interviews and either a trial drug or a placebo.  And she would have found herself some answers to her sensitive condition and limited eating selections along with a new doctor.  And since she currently has NO doctor, that could only be a good thing.  There was also a monetary reward at the end.  Not that that mattered, that was just a bonus.

So, Elizabeth went through the beginning stages of the trial, hoping to get selected.  She would have to have a severe enough condition to pass the rigid requirements and it would take approximately four weeks before we would know if she would be selected.  She reported in to the testers every night ... for about four nights.  That's how long it took for her to qualify.  Yep, my dear darling daughter has a severe case of Celiac Sprue, also known as Celiac Disease.  There wasn't much question as to whether Elizabeth should be a part of this study or not.

Fast forward to today.  I took the day off work to accompany her to one of her first adventures ... an exploratory look-around thingy.  Not a colonoscopy, she had that when she was first diagnosed.  Although there will be another colonoscopy ahead, this event was to take pictures of her insides above her stomach and , I believe into it.

The results?  I am now the proud owner of some awfully pretty pictures of her guts.  And these two photos. 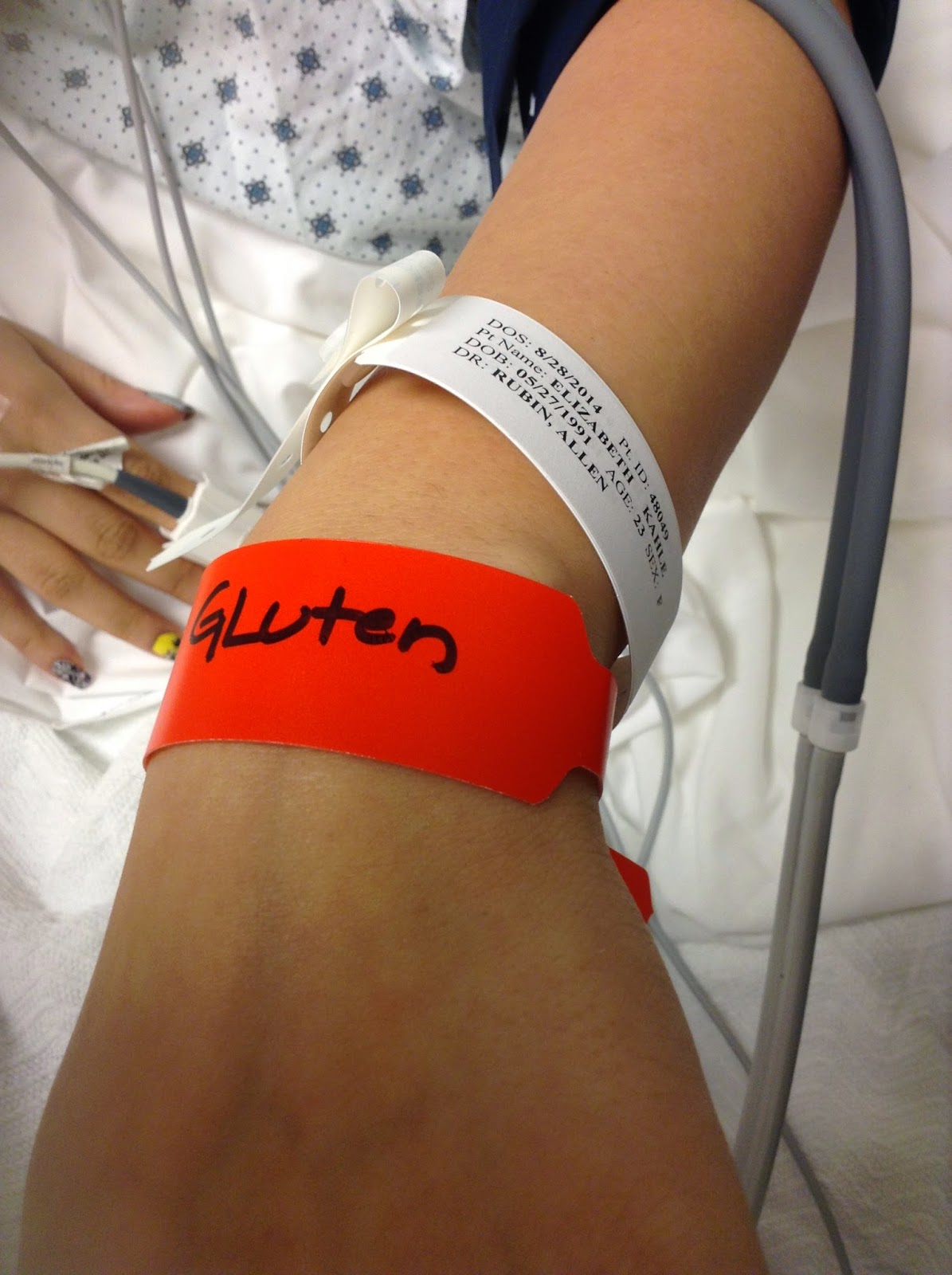 Didn't know her allergy needed to be in such big letters! 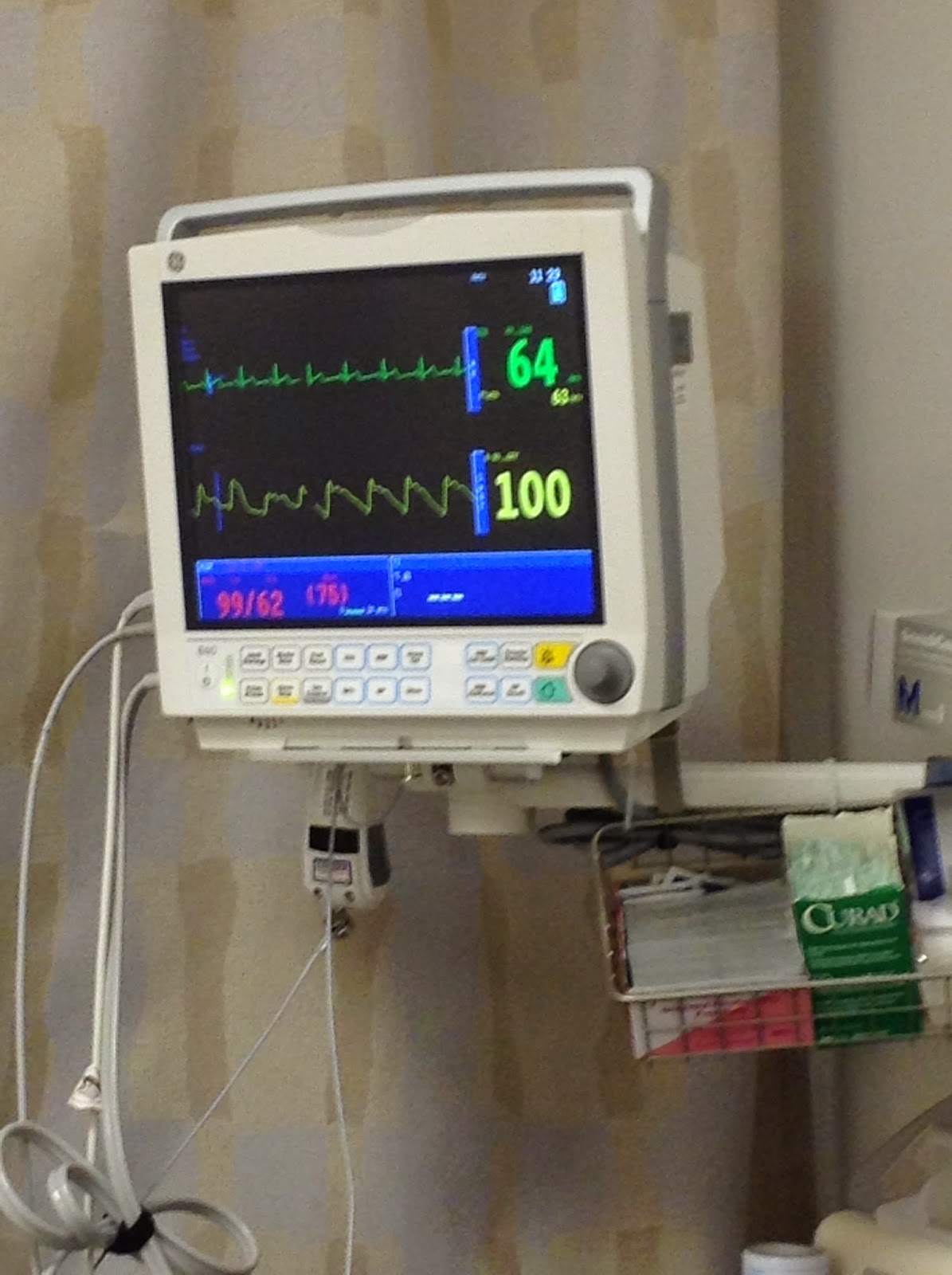 Know what she said as she was coming out of the anesthesia and saw this monitor?  She said, "That's my favorite movie."   Yep.

Oh, wait.  There are two more photos from the event.

Abra Cadabra.  Nuthin' up my sleeve ...  See these handy dandy little white napkiny, wipey sort of things?  They were sitting beside her bed and were just perfect for cleaning off my hands before handing her some tea. 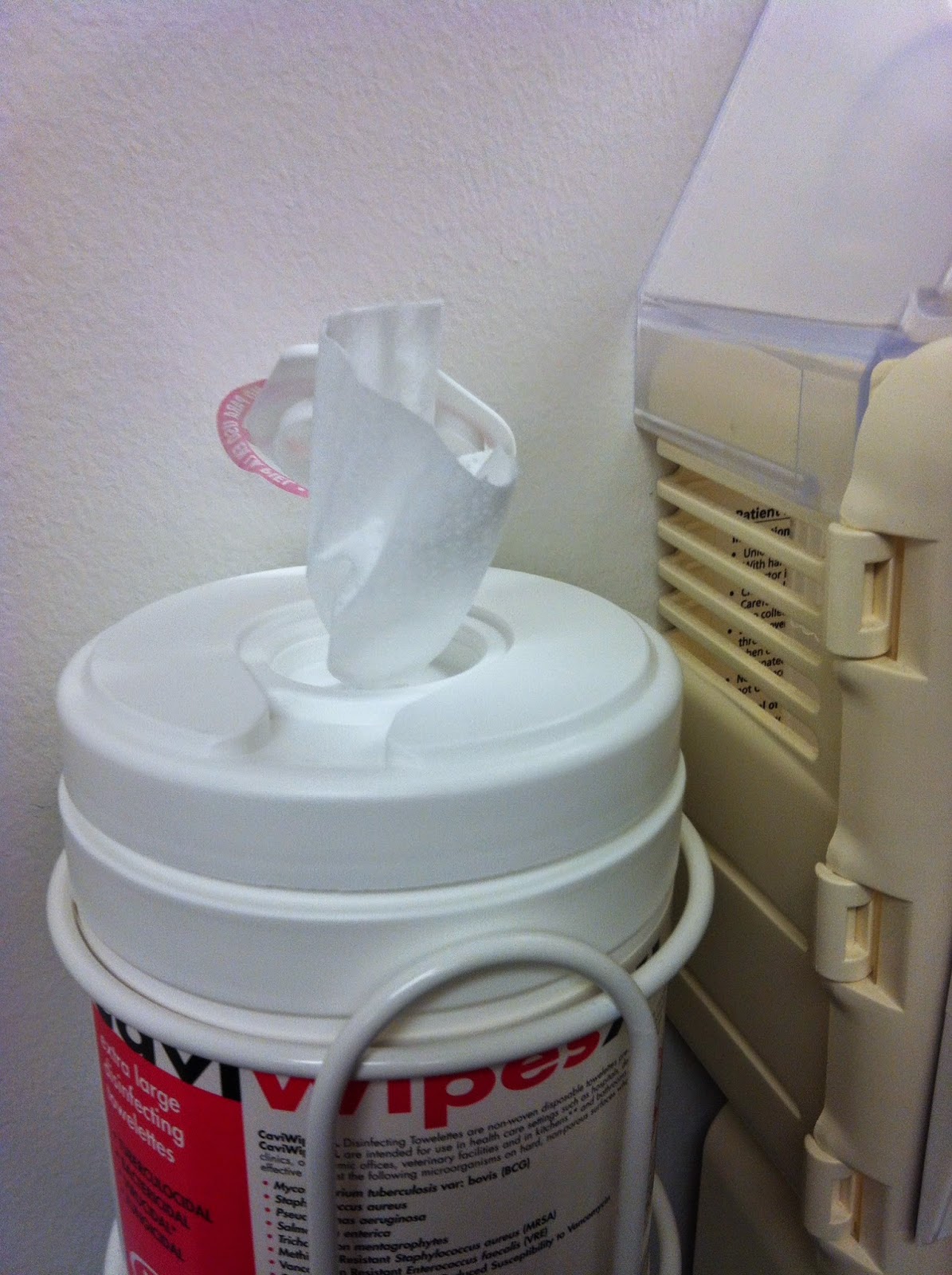 Guess what I didn't notice ... 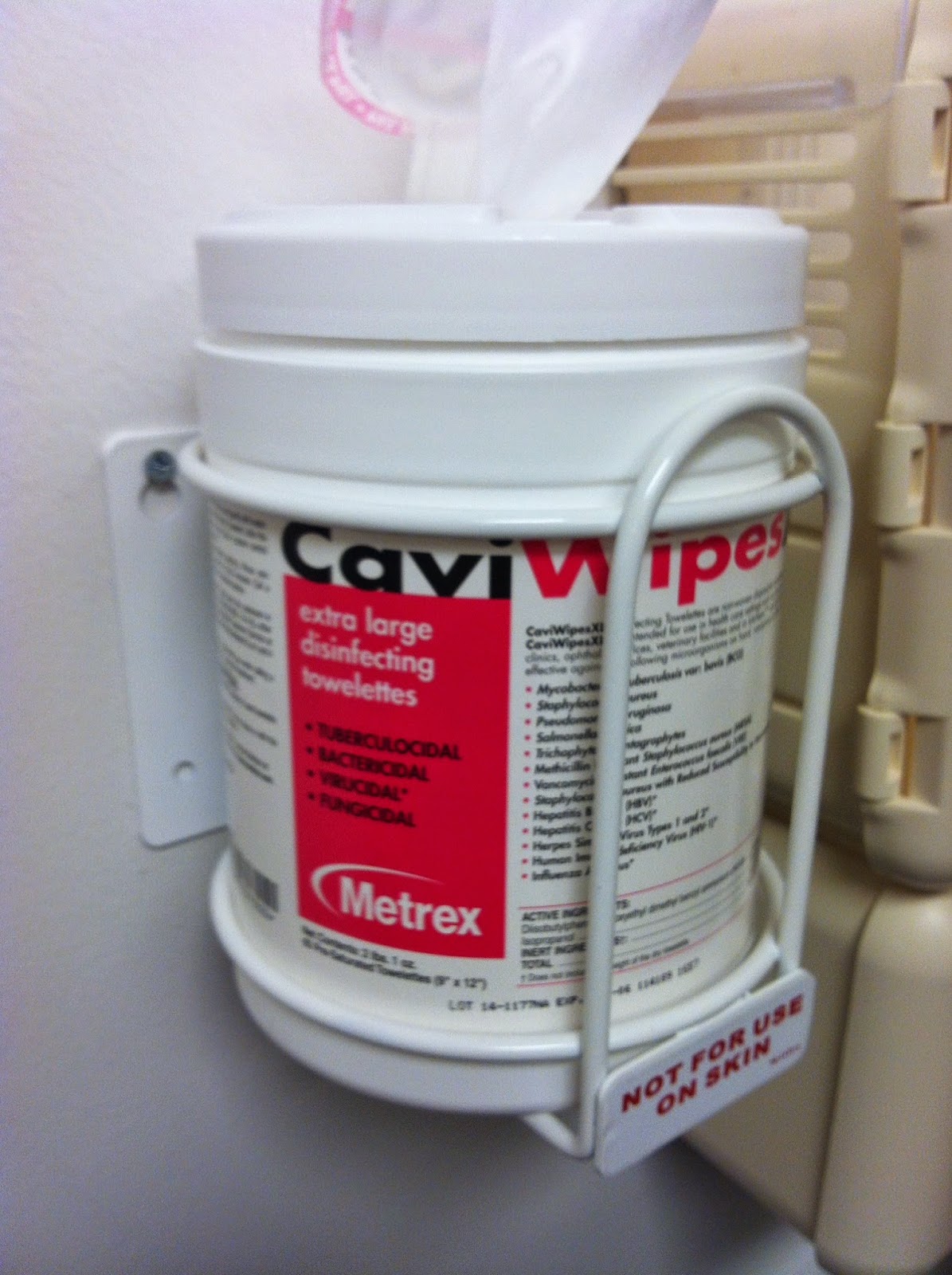