Okay, so we're not going to Arkansas on our anniversary.  We should, though.  How often do you get to visit the state with the same number as your anniversary years?  If we had, that would've been 25 special trips we'd have taken ... and no state is as special as Arkansas, I'm sure.  Um, I'll hang on till 50, thank you.

You know, now that I think about it, I'm about to be the same number in years as the year I was born.  Yeah, I'll let you stew on that for awhile.

In the meantime, Rick and I decided to buy ourselves new rings.  Well, I decided he could give me a new ring and he thought that was a splendid idea ... for himself as well.  Okay, THAT wasn't in my plan.

So, we've been shopping.  And Rick managed to find a ring he liked at the second store he visited.  I still haven't found mine and I think I've exhausted every jewelry store in the Dallas Metroplex.  One store was even out of business ... I guess they heard I was coming and they got scared.

Wanna see some of the rings I've been studying? 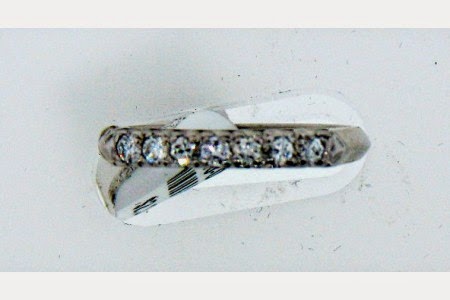 I want something that crosses over.  This looked too manly, though. 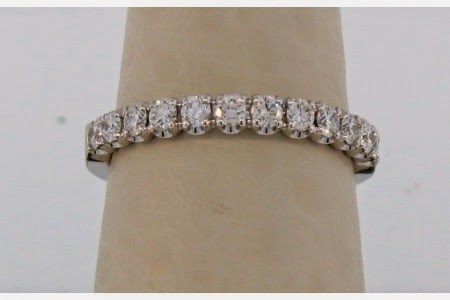 I liked this little diddy.  I didn't like the price, though. 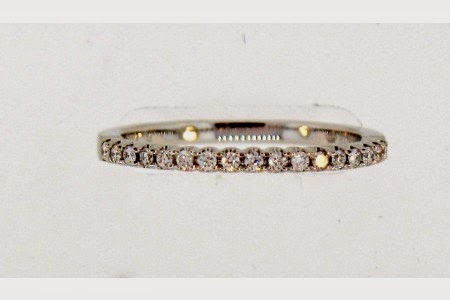 A bit smaller, a bit more practical.  Heck, WAAAYY too small.  No thanks.

This next ring is not on my list however it appeared in the ad when I was shopping.  And it's such a great deal, I may just have to check it out!  Look at that sale price!

Um, the ring on the right?  I've never seen a better deal. 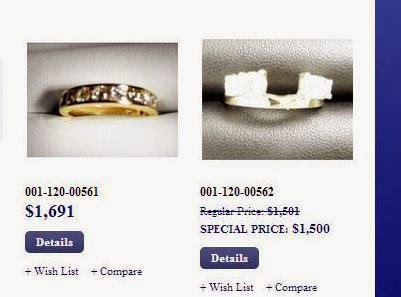