... is not necessarily my dream vacation spot.  However, it did make for a fine little getaway with Rick for our anniversary.

I could go on and on about our trip but I thought I'd just show you the highlights.  That's all you'd really want to see anyway.

So, we checked into our beautiful high rise hotel overlooking all of Dallas on Sunday afternoon.  We knew we were in trouble when the hotel had left THESE on the nightstand for each of us. 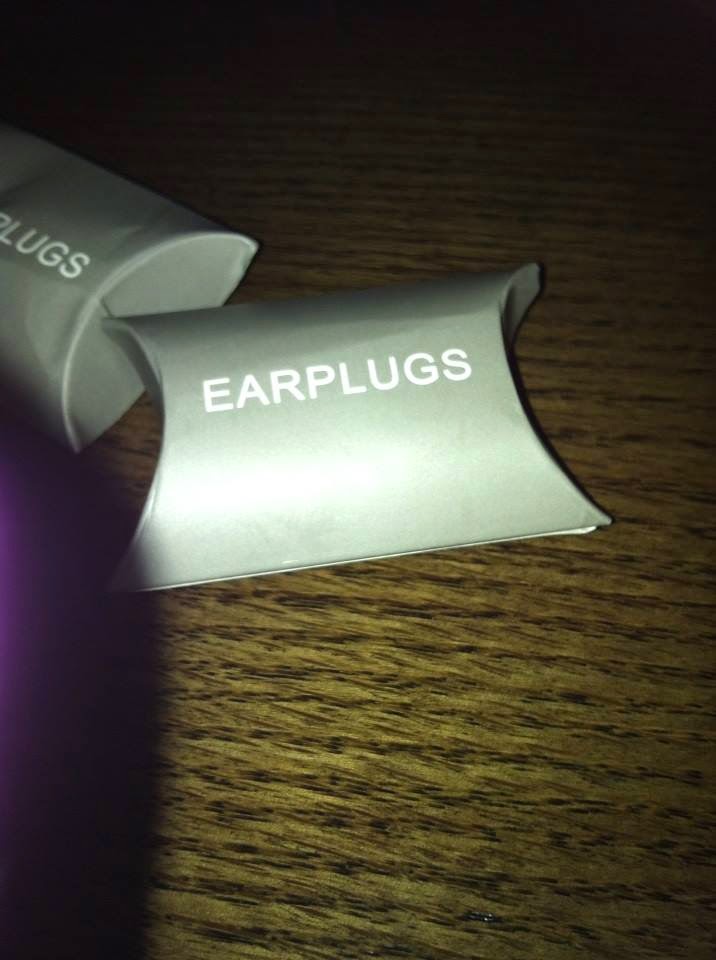 Our cute little hotel was, yes, in the center of the city ... and all the noise.

In our high rise hotel, we did have an awesome city view.  But NOTHING could beat this view ... the site of the building AND WINDOW that Lee Harvey Oswald shot and killed JFK out of.  We had three days of staring at that window and the X on the street where his shot hit the President.

What more could you ask for on your anniversary? 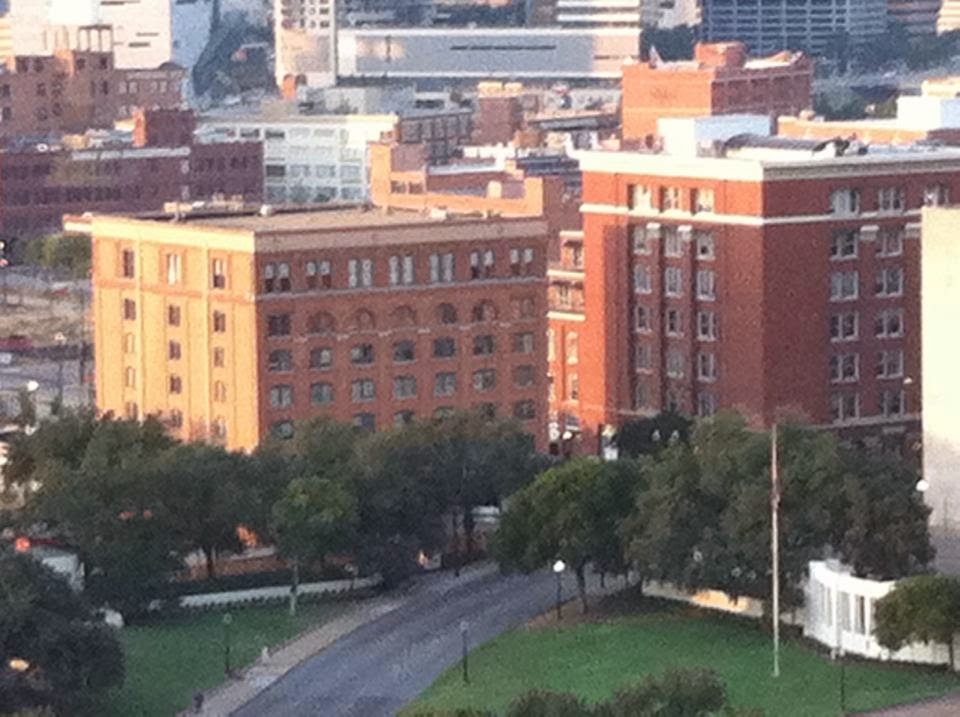 Wanna know which window?   I had never known before.  I'll never forget now. 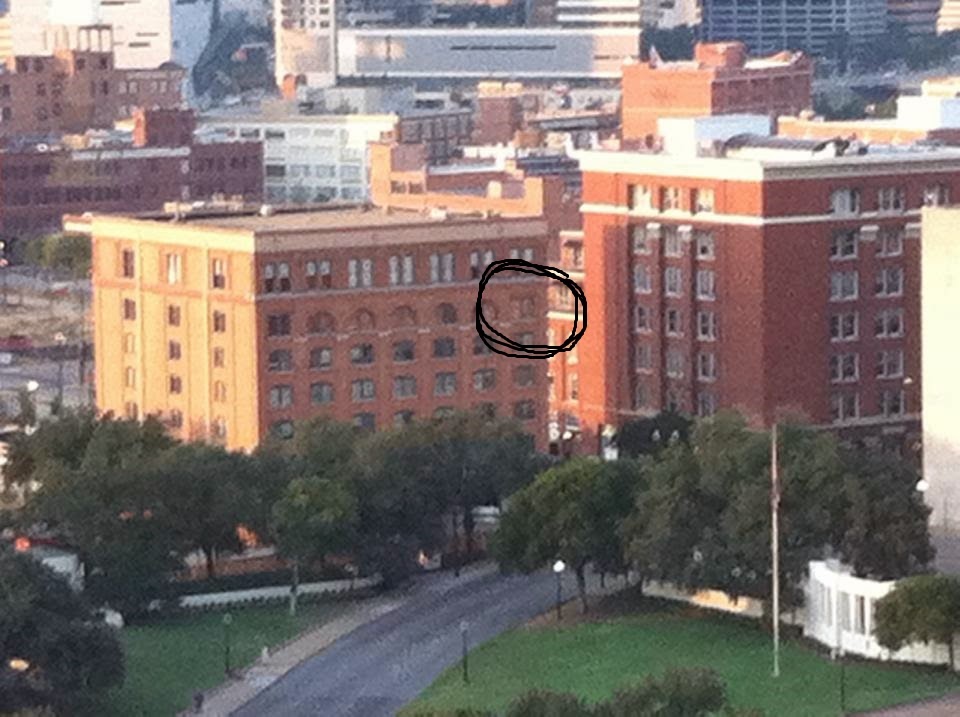 Wanna see the X on the street?

Wanna see an onlooker studying the X?  We got to see lots of these peeps.  Three days worth, in fact. 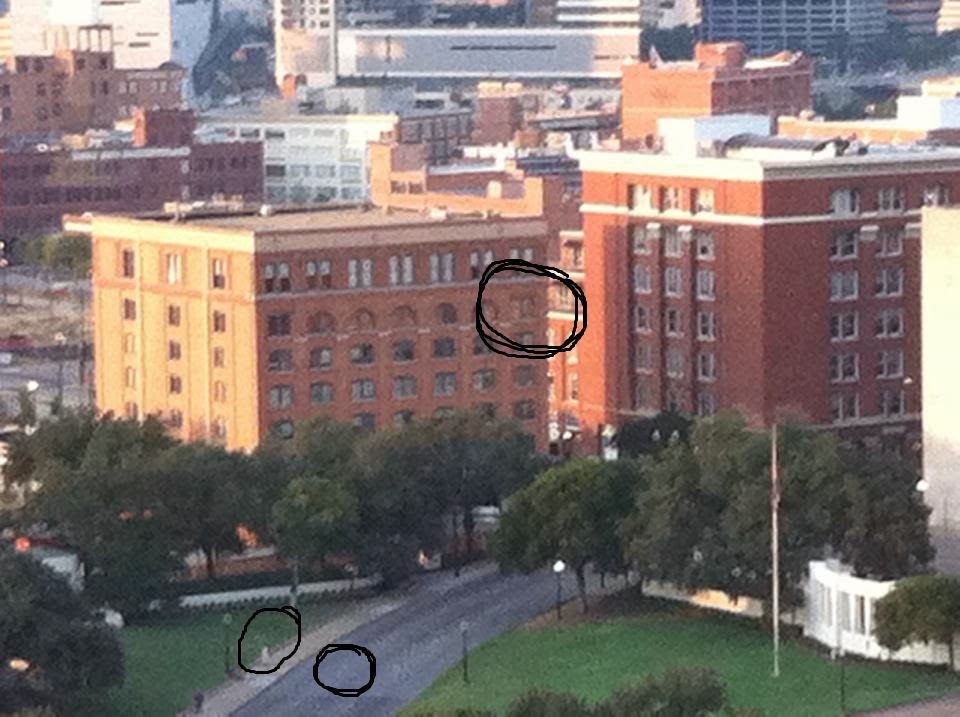 Lest you think that all we did was stare out the window at JFK's infamous last spot on earth, well, we didn't.  We also took a quick elevator ride up to the top of the our hotel and stood inside the infamous Dallas "ball in the sky."  It really was a quick ride even thought it was many floors up.  Kinda glad to say it was quick.  One could get nervous riding up to heaven.

Anyway, it were windy up there.  It were hot, too. 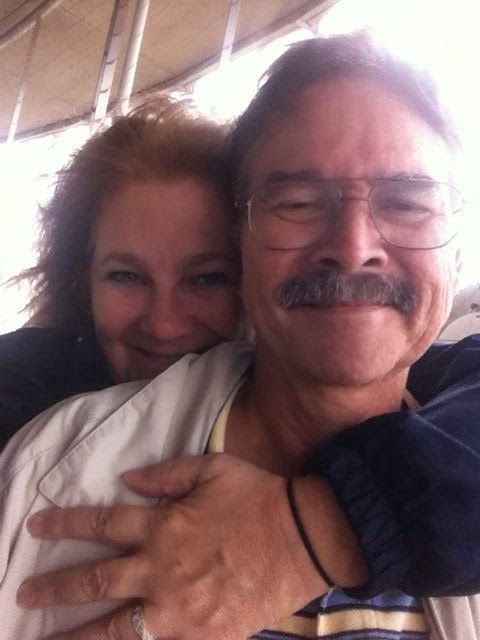 It would've been just perfect, too, if we hadn't had more of this to look at ...

We really did have a nice little trip.  I'll give you a few more updates tomorrow.  Or not.  I don't want to scare you away.

But just know that these two folks have now officially been married for 25 years. 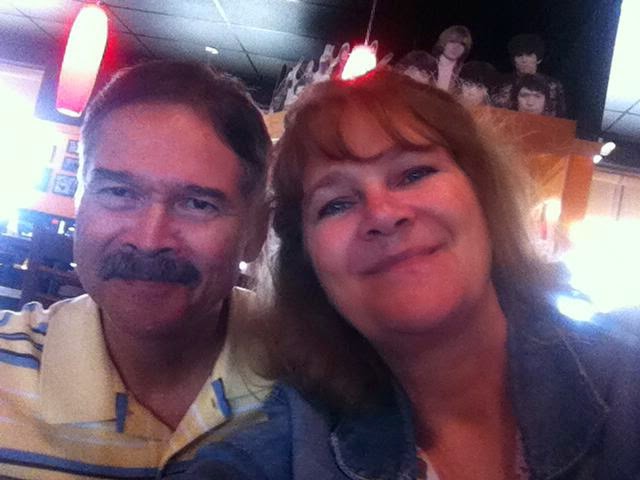