Rick transferred to a rehab facility last Thursday and was supposed to stay there for ten days.  But good ol' Kris miscounted and just as soon as he got there, he was supposed to turn around and head back home.  Well, close to that, anyway.  He really only had five days left that our insurance would pay for and he didn't even really get started in his physical therapy until the fifth day.  Sigh.

By the last day of his hospital stay, Rick was struggling with a complication.  All had been just fine and dandy up to that point.  Fortunately his doctor (the surgeon) was in the room when Rick was being discharged.  Unfortunately, he did not listen to my concerns.  And on that very last day, Rick was having some severe pain.  He was also a little bit loopy, too.  But when I voiced my concerns to the surgeon, he just said, "Don't worry.  Think positive.  Everything will be fine."

I did worry and I'm still not happy.

Hello?  Is this thing on?

Yep, that's how I feel right now.  No one is listening to me.  No one cares about my concerns and they certainly don't care about Rick's concerns.  My concerns are obvious.  Rick just wants to come home and plant his bottom in front of our TV and have Midnight jump all over him.

I could only help him with one thing.... 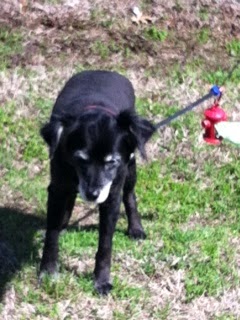 Midnight.  Running in to her Daddy's facility. 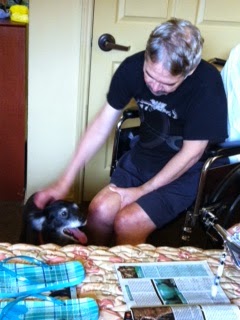 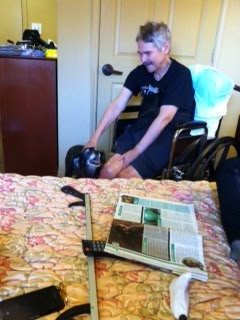 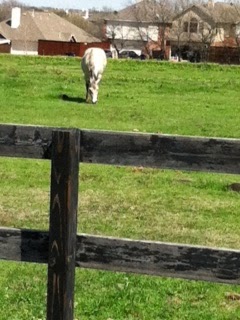 I didn't get a shot of it ... but this little lady resides next door to Rick's facility.  And Midnight got a glimpse of her. 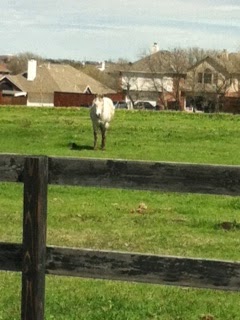 Horsey sees Midnight.  It was a reunion of another sort.  And not the best, might I add.

Fortunately we got away before any damage was done.  Good thing, too.  I'd hate to have had to make a pair of shoes out of her.

Although, shoes are nice ...