While all that furniture pushing was happening .... 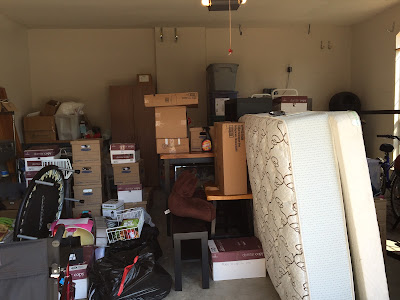 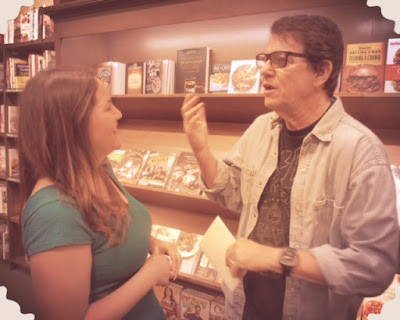 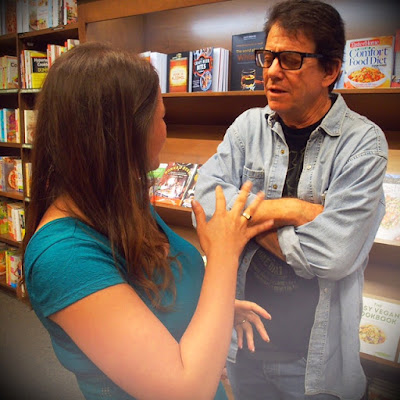 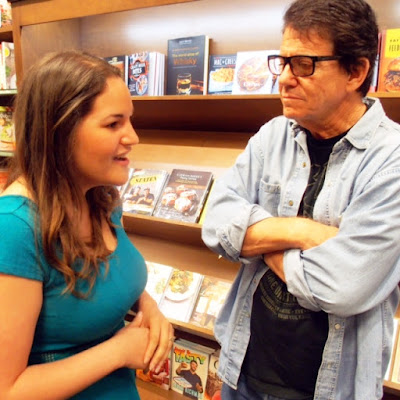 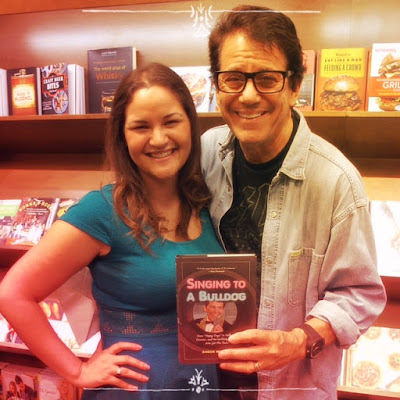 So, whilest this was happening ....

... my dear darling daughter was off having an adventure of her own.

Most people I asked didn't recognize him, but actually Anson Williams has aged pretty well, I think.

My buddy Herbie Pilato (we were Pages at NBC together) has put together a foundation/group/website/event where once a week, he hosts a gathering in Burbank and it features a star from a classic TV show.  Herbie adores classic TV and he's vowed to keep it alive.  He's hosted events starring Cindy Williams (LaVerne and Shirley), Kathy Garver (Cissy from Family Affair), Dawn Wells (Mary Ann from Gilligan's Island) and many, many more.  And this week, the star was Potsie (Anson Williams) from Happy Days.

I knew that my dear, darling daughter loves that show ... so I sent her to the event in my place.  And I told Herbie to be nice to her.

In short, the actor who is the star of the event, gets to talk for about 30 minutes about their days on their show and then tell about what else they've been up to.  In Anson Williams' case, he went on to direct TV shows and also to write a book.

Liz arrived about 30 minutes early (because she is NOT her mother's child) and she sat on a couch and waited.  Herbie knew she was coming and he recognized her from my Facebook posts and came up to her.  Just as he was introducing himself to her, Anson tapped Herbie on the shoulder to say he was here as well ... so Herbie introduced him to Liz, too, and the three of them chatted.  Eventually Herbie had to leave to do a sound check or something ... leaving Anson and Elizabeth alone to continue their chat.

As I understand it, Anson Williams took an immediate interest in Elizabeth.  He began chatting to her about the business and what she wanted to do with her life.  Every once in a while, he just paused and looked at her.  Then he apologized and said he just had a "vibe" that she was going to make it in this business.  That she was on fire and she was sincere and that he would like to encourage her in any way he could.  (I asked Liz if he was married ... fortunately he is and he even had HIS 24 year old daughter there, too.  So it wasn't a come on.)

Finally the show was ready to start and Liz sat in the second row.  Her view was a bit obstructed with sound equipment and such and she had trouble seeing him.  SO ... Anson Williams directed his whole talk to her.  He positioned himself where he could see her better and she could see him.  His whole talk was on encouragement, oddly enough, and encourage her, he kept on doing.

Everyone else in the audience saw that Anson was pretty much only talking to Liz.  And, as I understand it, even the owner of the Barnes and Noble (where this event was being held at) noticed, too, and even stepped in at one point to tell Anson to take questions from the other people there, too.
Eventually, the "show" ended and Herbie texted me to say, "Your daughter stole the show!"  (Hopefully he meant that in a good way.)
And, after the event, Herbie took Anson out to dinner.  And in true Elizabeth form, my dear, darling daughter was invited to join them.  At Anson's request.
That's our girl...