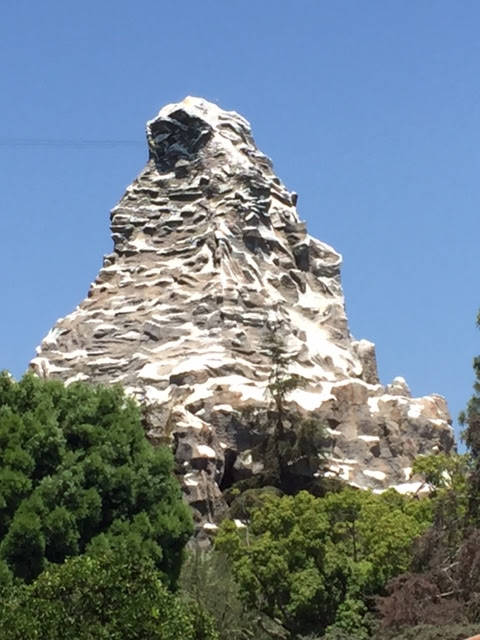 I found myself in the Swiss Alps on Monday.

I forgot my lederhosen, though.  Darn.  It was so cold, too. 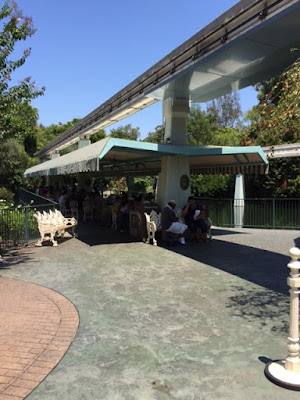 Look at this cute little spot.  It used to be the Motorboat ride at Disneyland.  It's now just a bunch of table and chairs and people and water.  The boats ain't there no more, though.

Know what famous thing happened here?  No, no one stole my ice cream ... but someone did try to steal me, though.  I remember it OH SO CLEARLY.  I was either five or six years old, maybe seven.  Maybe four.  And a man approached me and tried to get me to go on that Motor Boat ride with him.  Like I was gonna just jump right on with him.  He was so stupid, he asked me.  He asked me!!  Um, I answered his question quickly with a big, fat NO.  Actually, the truth is, I didn't answer at all.  I just ran to my parents that I had somehow lagged behind.

You should've seen my dad.  I thought he was gonna kill the man.

Come to think of it, I haven't seen that man since.  Maybe he did kill him.

And, in my honor, the Motor Boats are no longer there. 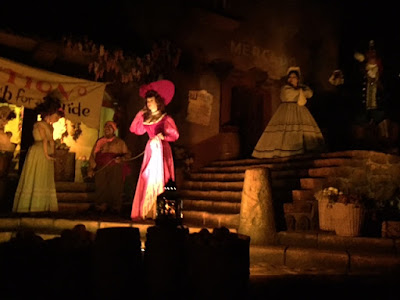 I eventually grew up and became a wench. 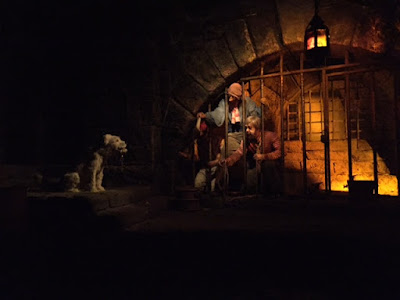 I got locked in a jail once.  Stupid dog wouldn't bring me the key. 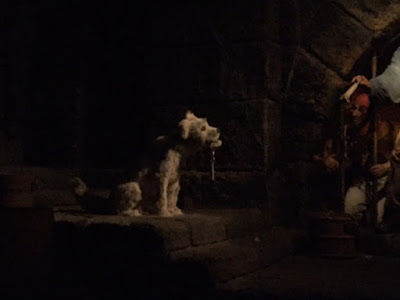 I whistled to him ... but he wouldn't budge.

And so ends my Monday.

It was exciting.  Elizabeth had to work so I visited her on the Splash Mountain ride once or twice.  I hate that long drop.   I hate Splash Mountain.  Know what I did that I hated, too?  While Elizabeth worked, I walked around Disneyland and California Adventure ... for quite a few hours.

Know how my feet felt?  Not so good.

Know what I did the next day?

Something that required that I shouldn't have walked around two and 1/2 amusement parks the day before.