Two days after arriving in Texas, Elizabeth had secured herself a job at the Disney Store in an upscale mall in Dallas.  Okay, I thought, this won't break me ... she will support herself.

But who's gonna feed that cat?

We're making Jeannie get herself a job, too.  She applied at PetSmart ... but we all know that she would never get hired there.  She applied at PetCo, instead.  Then we sent her to waitress at Cotton Patch and Ghengis Grill but she refused to wear the hair net.   I suggested the Korean BBQ in the mall ... but she realized that 'cat' is a delicacy in Korea and she high-tailed it home.  Darn it.

So, we're stuck with Jeannie the cat.

Anyone know of a good tailor?  I've been looking for a furry black and white coat... 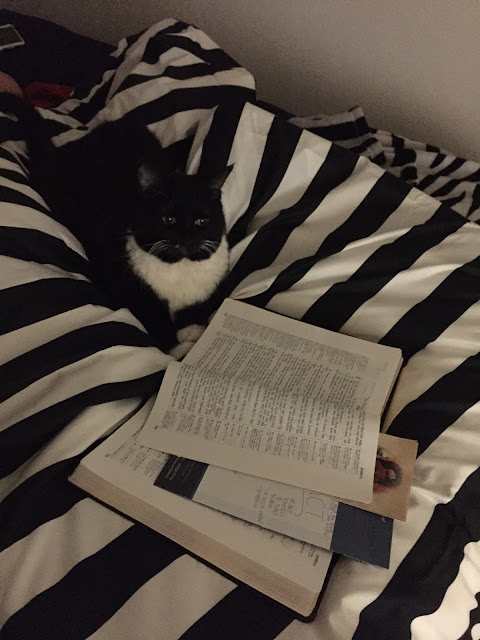