Hurricane Irma was hyped and hyped as the biggest thing to hit landfall since sliced bread.

Okay, so that made no sense.  But she was hyped to death.  Even my friend in Orlando said she was turning off the TV and staying off of Facebook because she was sick of all of the media hype.  It's true, every channel on TV was warning us about Irma ... and telling us to take cover ... and begging us to take it seriously ... even though I live in Texas.

Know what I did?  I hid.  I grabbed my iPad, put on my jammies, baked some cookies and hid out for the day.

When Rick and I got brave enough, we went out for pizza.

We showed that ol' Irma! 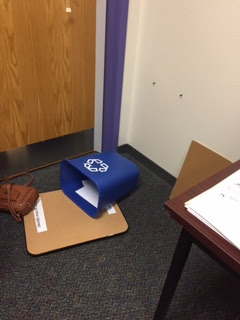