I've never actually wondered about this day; where it would take place, when that day would be ... but I've always wondered what he would be like and how he would fit with Elizabeth.

This is what I pictured:

Medium build, medium height.  Medium to dark brown hair.  Young, but a couple of years older than Elizabeth.  A degree (or close to it) in some sort of something that would lead to a regular ol' office job, even though she desperately wanted someone who knew Hollywood inside and out.

And trim.  I pictured someone wearing jeans (niceish jeans) and a dark polo shirt.  His version of dressed up.  Yes, I was not hoping for a GQ man; not a magazine-pretty man.  My guy for her has some dirt on his hands, but not too much.

He also can wrangle her down.  She can be headstrong, but he could calm her with his gentleness and kindness.

She has a cat ... but he doesn't care for cats ... but would put up with hers for the sake of their marriage.

In exactly 23 days, I'll be meeting a man that fits absolutely ...

Mr. Benjamin Lee Adams has won Elizabeth's heart and, may I add, mine.  Rick is still working on opening his up to Ben ... but she and I both know he will.

Mr. Adams is purt near the opposite of everything listed above.

I imagine he does wear jeans and a dark polo shirt, but I ain't seen it yet.  So far, I've only seen a work uniform.  That's right, he wears a work uniform, as does she.  They work at the same company.  On the same ship, actually.  Fortunately they're in the same state.

He doesn't work in an office ... he's the head bartender on their ship.  She likes that.  I hope she doesn't like that too much.  I'll judge that when I meet him.

He hasn't mentioned cats yet ... but he does like dogs.  I plan to offer him ours.  And Elizabeth's cat, you know, to break him in.

Most importantly, HE CAN WRANGLE ELIZABETH.   We've always prayed for a nice young man to enter Elizabeth's life to take care of her and watch over her.  He has assured me (via telephone) that he's up for that job.

I don't know much else to say until I meet him ... but I do have this video that I like.  It shows a side of both of them that puts my heart at ease.  She gets goofy/giddy and he wrangles her back into line.  Yea Ben!

So, in 23 days I'll have more to report.  For now, you can see for yourself what I'll be meeting! 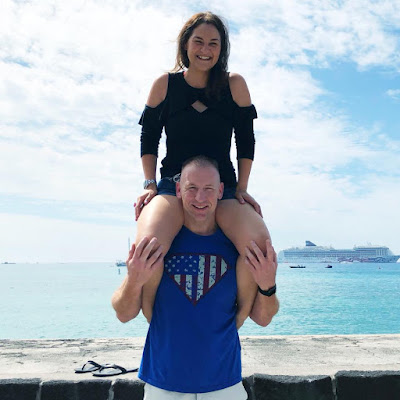 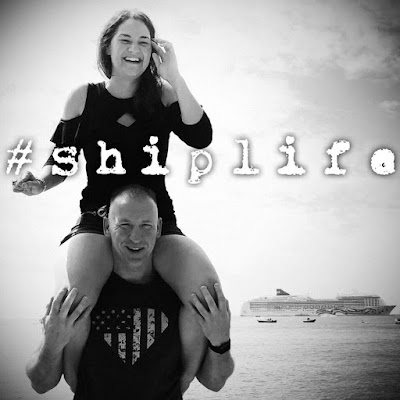 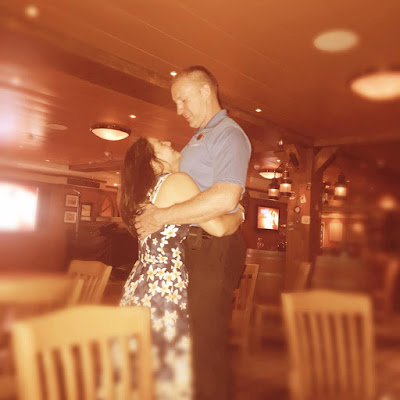 She's a short drink of water.