I recently did business with a company that mispelled my name.  And this time I vowed to remember who they were, just in case my name showed up someplace mispelled like that.  I would then know exactly who had sold my name... and I would know where to go to give them a piece of my mind.  But... no matter how much I vowed... I couldn't remember. 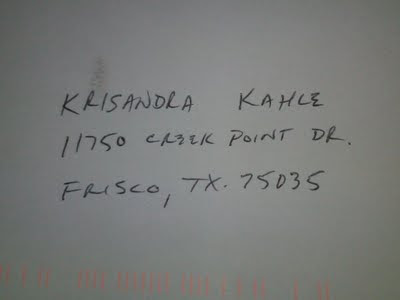 Clever, eh?  Well, not really.  They were just stupid.  The bill should've been listed under my name AND Rick's name.  In short, it was supposed to say "Kris and Rick Kahle."  However, someone blended it together and someone decided that "Krisandrick" didn't look right as a first name... so someone sort of changed it to "Krisandra."  Yep, that's me.  Krisandra Kahle.

The mystery was solved just a little while ago.

A letter showed up this week ... addressed to Krisandra Kahle.

Well ... I had no idea that such a small, dinky, crummy little company such as this would stoop so low. 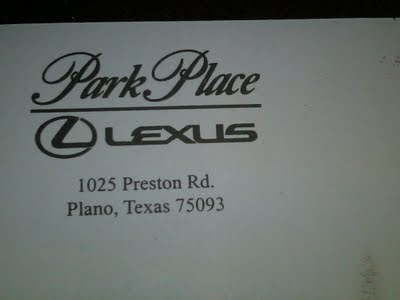