Because I promised last week ... and because I always make good on my promises ... here's a picture of the new mascot/icon/symbol that I want to use to replace the high top tennis shoes that I've been using to tell Rick's story.  Yep, he once wore high top tennis shoes to keep his feet upright in the hospital.  We did not want him to get "drop foot."

Well, he no longer needs high top tennies.  No, he's found something he likes better.  Not sure if it'll help his drop foot, though.

Here's how it happened:  I was standing in our home office sorting through some tax papers when I heard a strange noise.  It was a clumping sound.  Maybe a clogging sound.  And it was coming from our kitchen.  I turned to see what it was and saw Rick walking by.  Nothing about the scene caught my attention, though, and I continued my tax task.  A few minutes later I heard it again and went out to investigate.

And there was Rick.  Sporting the new icon.  It still didn't occur to me that anything was unusual until Rick said, "How do you walk in these?" 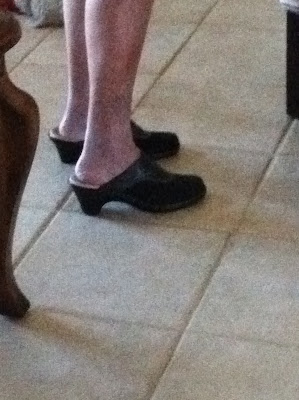 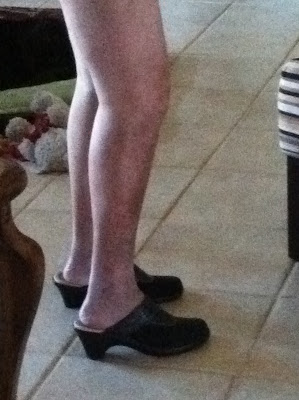 Rick nodded.  "These are awful."

"Well take them off!" ... which would've made perfect sense to anyone else ... but Rick insisted that the floor was cold and he didn't know where his slippers were.  Yeah, I guess it was a whole lot smarter to put on your wife's clogs than to go and find your slippers. 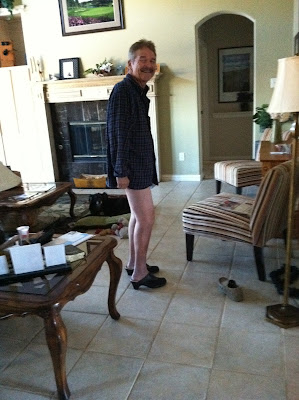 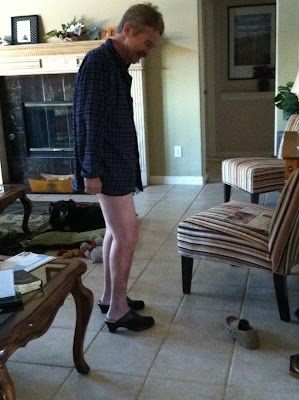 I actually see a brown shoe right there on the floor.  And it's his.  You'd think he'd just ... oh never mind. 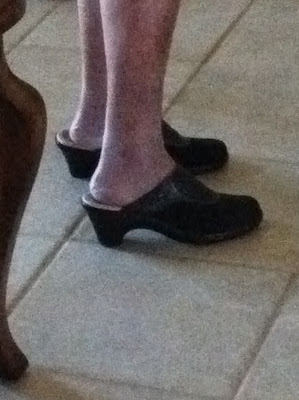 The weirdest part of the whole thing?  He kept my shoes on.  Long after I'd discovered him wearing them.  This is him heading into the bedroom.
Should I be worried? 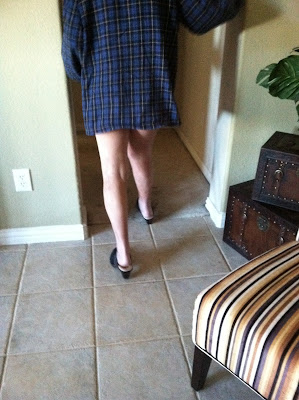 Gotta say, he has great legs. And he rocked those clogs!

I just saw the photos of Rick wearing your clogs. The really scary part is that he has very nicely shaped legs.

Given the right make up and
hair he could pass for a woman.