As I got into my car this morning, I heard a very strange chirping sound somewhere near me. A bird? Perhaps. But it was an odd sound, not birdlike at all.

I looked around and saw no birds. But I looked up and saw this... 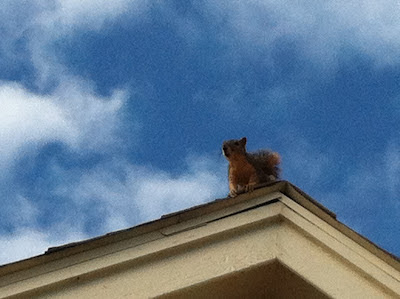 ... high overhead... watching me, oh so closely. WAY too closely.

And yelling at me.  In some foreign tongue... 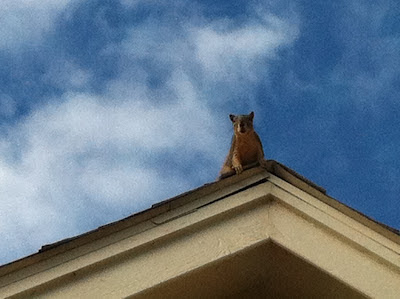 He had the evilest look on this face.  One of those, "I'm going to kill you now" looks followed by, "and it won't be pretty."  Yes, this furry little guy was telling me off.  And theatening me.
Terrorist. 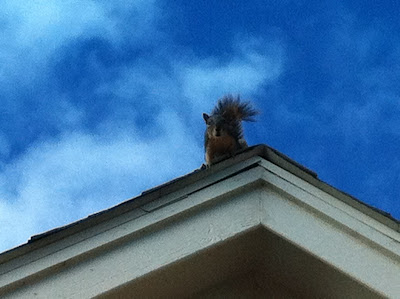 He studied his surroundings, making sure no one was watching, and then I could just sense him plotting his kill.  That's what the raised tail means, yep, I'm sure of it.  This guy was gonna let me have it.
I was suddenly wondering if it was HIS cousin that I smacked about ten years ago on a rural road in Burbank, California.
I've never forgotten it... and apparently neither has he. 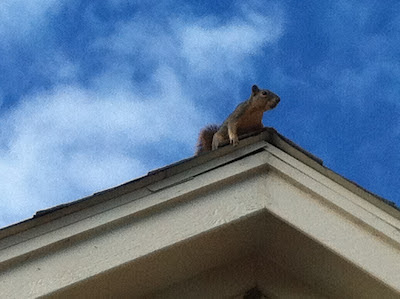 So, looking around, he determined that there were no witnesses, no one to see...  and his gaze diverted right back to me.  The chirping continued. 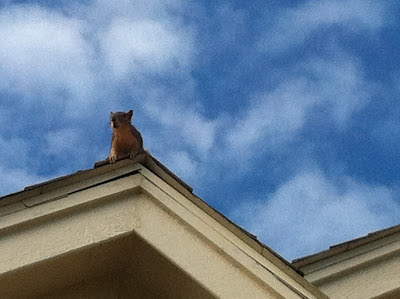 This was one scary little dude.
And before I knew it, my little buddy was making his way to the edge of my roof...  I figured he was going away.
I figured wrong. 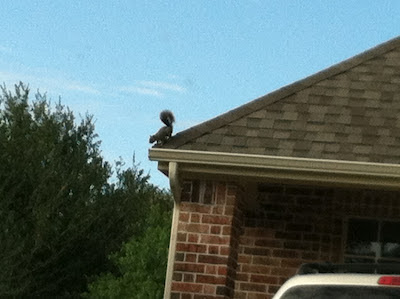 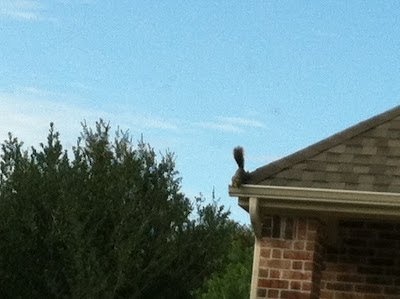 It appeared that this little squirrel was gonna jump down to the roof of my car... and things were about to get messy.  So I zoomed away.  I had to.  Bullwinkle was nowhere in sight. 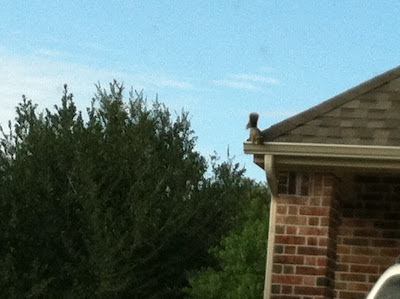 I'd like to tell you that this story ended well... but I currently hear a strange chirping in my fireplace right now.
This little guy has not forgotten about that incident in Burbank... thank goodness he doesn't know about that other incident in Plano.
.
Posted by - Kris - at 9:49 PM