It's been one heck of a week with a heckofa lot going on ....  But to save you all a lot of words, I'll show you my last couple of days thru photos. 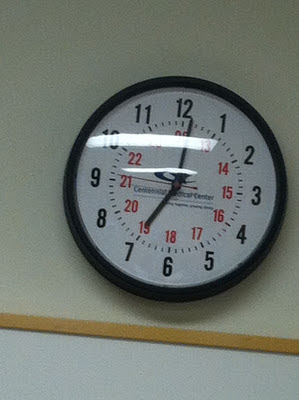 Things were WAY off schedule when it was discovered that Rick's primary doctor faxed over year old results, rather than the blood results that she'd gotten just three days prior.

Then, to further complicate things, the stress test results from one day prior (remember that rush?) had not made their way to Rick's chart.  Yes, it was a fun morning. 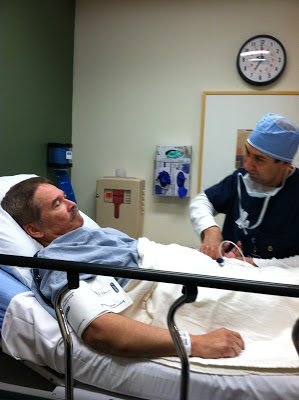 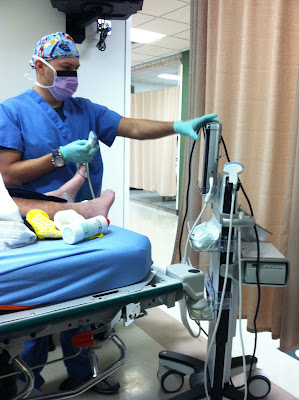 'Tweren't easy to find any vein, so they went into his calves and ankles instead...  In fact, most of Rick's veins go into hibernation at the mere thought of surgery. 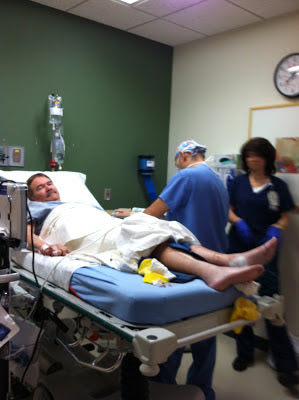 A lot of people worked on Rick... and the clock just kept ticking away.  Twice they almost cancelled the surgery.  In fact, as they wheeled him into the operating room, there was still a question as to whether or not the doctor was going to go through with the surgery. 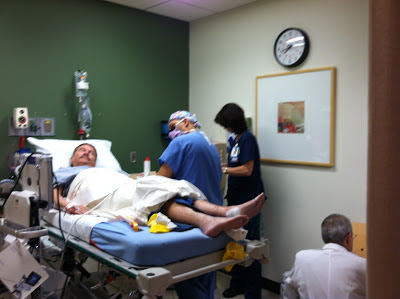 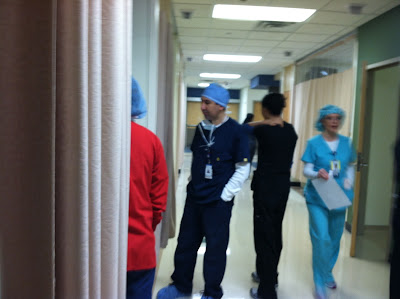 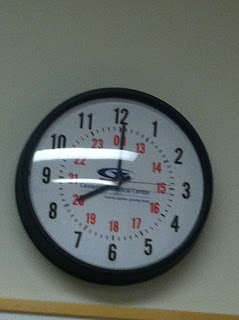 Soon it was no longer 7:00 ...
They said that Rick was the most decorated patient they had that day.  Lots of allergies, lots of precautions.  Lots of armbands.
Lots of wires, too. 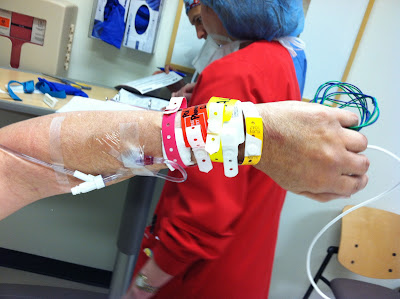 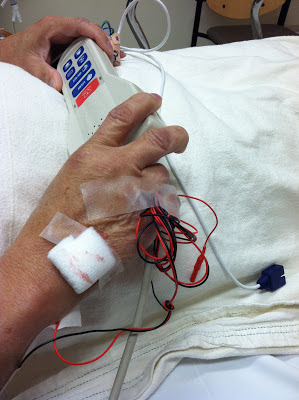 See that tangled mess of wires?  They all lead into Rick's hand.  Somehow they were going to show the surgeon what nerves he was touching when he was working on Rick's spine.

Wanna see what interested Rick the most that morning?  Some things will never change... 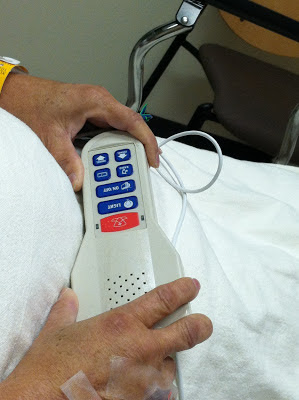 Surgery did happen.  And I won't tease you with any cliff hangers.  I was updated hourly throughout the surgery (what a great technique!) and kept aprised of the surgeon's every move.  And each time the phone rang, I jumped.  But I was always greeted with, "Everything is going very well and right on schedule."
It wasn't until we sat down with the surgeon afterwards that...
Okay, so I lied.  There is a cliff hanger.
:)﻿
Posted by - Kris - at 11:01 PM