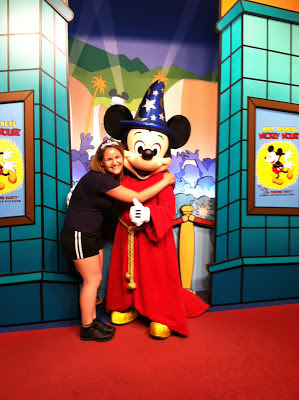 My dear, darling daughter stopped WHENEVER SHE SAW A CHARACTER.  And darn it, she just kept seeing them.  Over and over and over.  She was on a "hidden Mickey" hunt but she was also on a hidden character hunt. 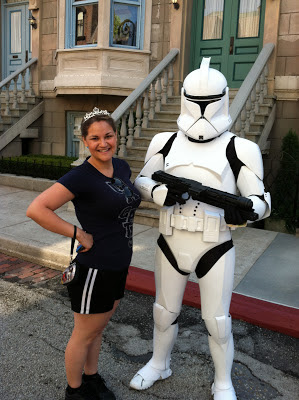 Then some Star Wars dude...  It was, after all, "Star Wars Weekend."  For future reference ... do not let me go to Walt Disney World on a "Star Wars Weekend."  It ain't pretty.  The people aren't, either.  Jedi everywhere you looked.  This dude above?  Might not even be a real character.  It could very well have been a park guest.  It probably was, too. 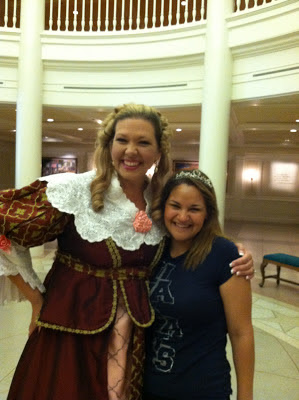 This gal sang for us.  She was at EPCOT and Elizabeth just fell in love with her voice.  So, of course, she had to have her picture taken with her. 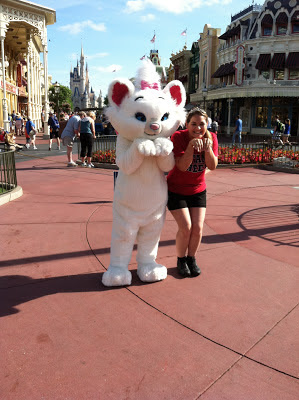 This is Marie from the Aristocats.  Elizabeth convinced her to pose the way SHE wanted her to.  She convinced me to take a picture, too.  Marie and I do what we're told. 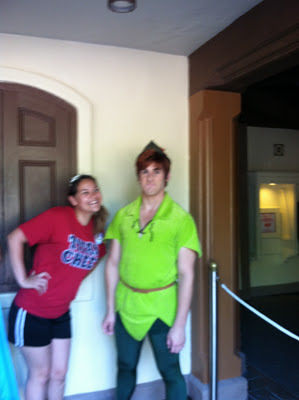 Elizabeth found Peter Pan, just hanging around.  Peter didn't want to pose.  But Liz got him to, too. 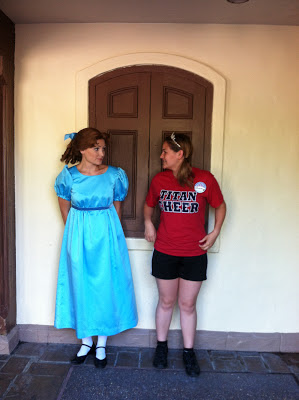 Wendy was there, too.  Liz engaged her in a conversation.  Then Liz engaged me to take a picture.  Wendy and I obeyed. 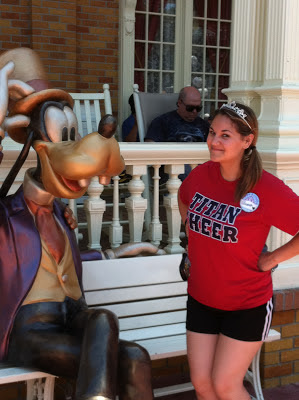 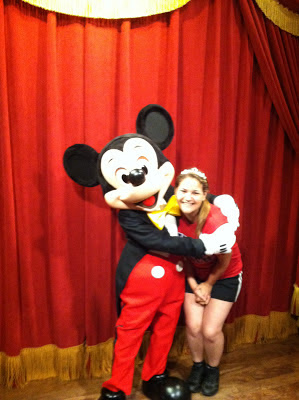 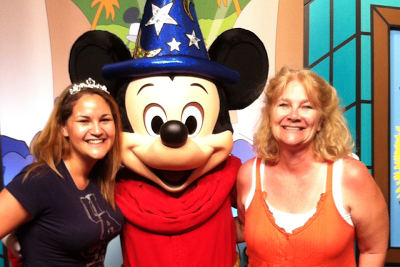 It wasn't long before I had to pose a bit, too.

Not sure who took the picture, though. 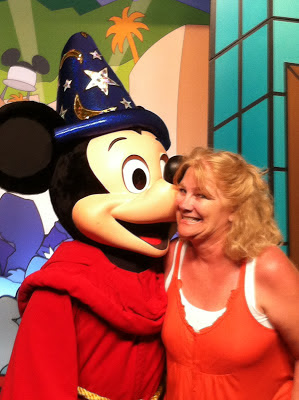 Mickey liked me better.  I got a kiss. 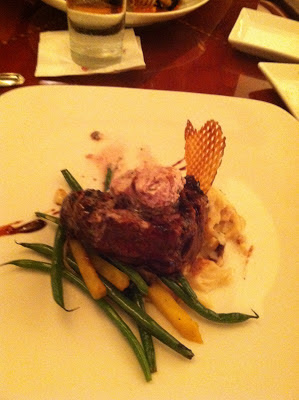 Posing was not my thing.

But dining was!  I scored this once while Liz was off meeting celebrities characters. 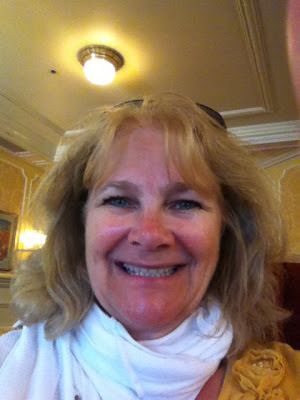 Dining made me smile.

And wadded up sweaters around my neck made my sunburn vanish.  Almost.
.
Posted by - Kris - at 5:38 PM