Not sure if he will EVER fit in but alas, I decided to give in and buy the poor boy some cowpoke boots.  I mean cowboy boots.

I picked these out. 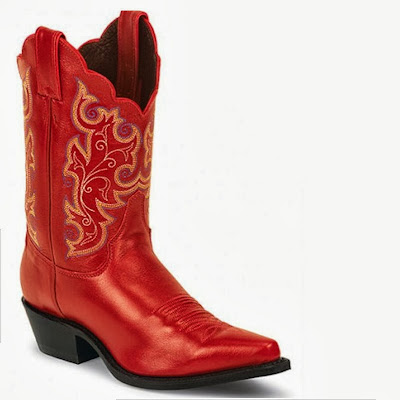 He didn't like them.  I just couldn't understand why.

Then I picked these out. 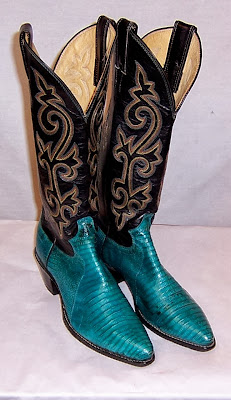 Nope.  Not right, either.  Jeesh.  There's just no pleasing some people.

Just some simple black boots, he told me.  Like these... 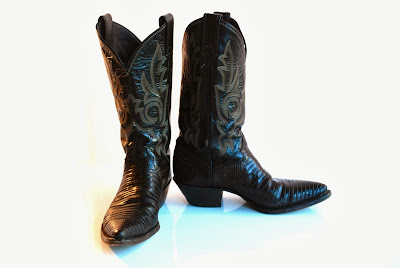 Okay, okay.  I get the picture.   Boots.   Black.   Not gaudy.
So... I struck out.  Thus he finally did the picking out himself.  Good thing, too, 'cause I'd have never landed on what he actually did pick.
Oh they're black boots alright. 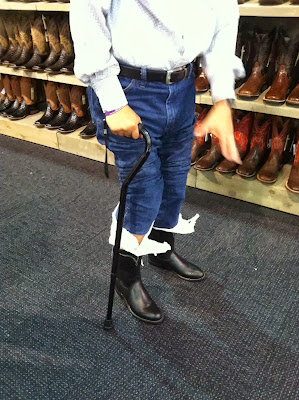 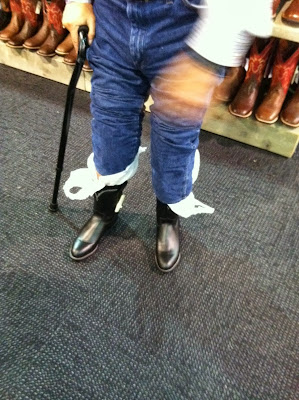 Those white wing things?  They are plastic grocery sacks.  Apparently cowboys use them to slide their feet into their boots.
Yeah, sure.  I'll bet John Wayne never used a plastic grocery sack to get his boot on.
Here's the finished picture.  Still wearing those snazzy white sack socky things. 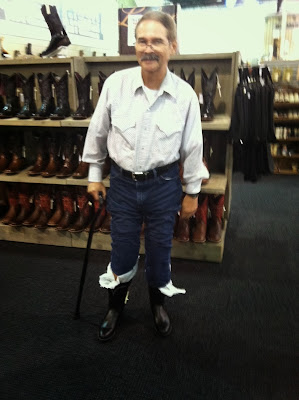