so ... i did go to that basketball game

... and I did have fun after all.  Do I like Legends basketball games?  Nope.  But I do like my cousin Judy and her daughter Courtney. 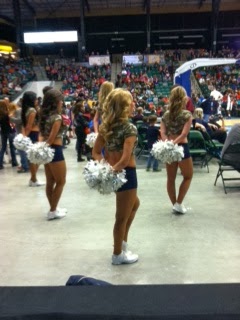 Cousin Courtney.  She's the center cheerer.  We had good seats. 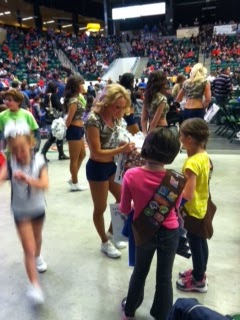 Courtney's famous.  She signed an autograph. 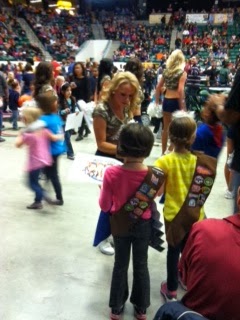 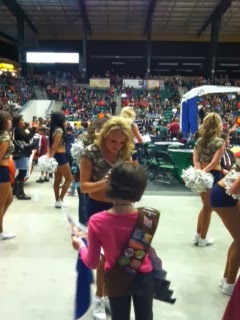 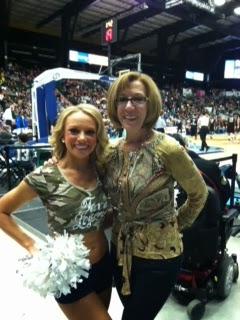 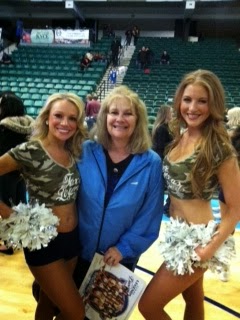 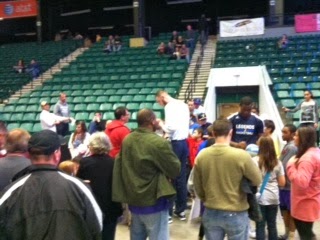 Notice anything odd about this photo?  Check out the man in the center in the blue pants and white tee shirt.
That's Tall Paul.  The TALLEST man I've ever seen.  He's on the Legends basketball team and TOWERS above EVERY OTHER PLAYER.  Remind me not to ever stand next to Tall Paul.  He'd break his neck looking down at me. 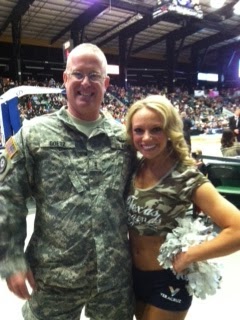