we have a winner!

I'm back!  And it's all been a blur this weekend.

Remember my daughter?  My dear, darling daughter?  Well, she's a-moving.  Out.  O.U.T.  And we are run ragged from finding her a place to move to.

I set up a whole bunch of appointments for her on Saturday, hoping that maybe, just maybe, she'd like one of the places I selected.  All of the places SHE selected were a tad out of her price range and thus we had to move on.  So, the appointments were all set for Saturday ranging from 11:00 AM to 1:30 PM.  There were four appointments in that time period, all on opposite sides of town.

Feeling rushed (and it was only Friday) I rescheduled one of the viewings for Friday night.  I had already visited this apartment complex earlier in the day, on my lunch hour and switched the times.  Then Liz met me after work for the first viewing.  It was near my work, it was gated, it was perfect.  But she was only so-so about it, though.  So, one down and a few more to go the following day.

Let it be noted that I had to work at the theater on Friday night after the apartment showing and took Rick with me.  (We get to see the shows for free on the nights I work.)  Dinner afterwards was at a new Italian restaurant near the theater.

So, Saturday comes.  Rick's dinner apparently didn't agree with him from the night before so he didn't join us in our mad dash all over the county.  However, Liz and I (and her best friend Kyndra) were up and at 'em around 10:30.  We headed out to see apartment number two, stopping to see an additional apartment complex first.  So in the time period of one appointment, we took in two.  I loved them both, Liz loved neither.  Unfortunately, the staff at neither complex was giving their A-game and that mattered a lot to Liz.  The second place we stopped at on Saturday morning darn near lost our business upon the first meeting.  The sales rep there would rather have been ANYWHERE else but at work that day.

Before stopping for lunch, we all drove to the other side of town and took in one more viewing.  Mind you, we were WAY off schedule by now.  And it was a test for the sales folks by how they handled our missage of appointments.  Yes, that's a word.  Missage.  I'm sure it'll play in my next game of Scrabble, too.

Our third stop of the day was our most interesting.  But let me advance to our fourth stop.  Liz had liked the apartment at our third stop but decided to be responsible about it and agreed to see the final two apartments before making her decision.  Stop number four was the "dream choice", the one we were all waiting to see and we could not pass it up.  Unfortunately, as noted earlier, staff means everything to Elizabeth.  And the entire staff at the Lincoln on Towne Square was beyond rude.  I kid you not!  One lady wouldn't give us the time of day and the other wouldn't give us the WRONG time of day.  Lady number two was so put out that I hadn't signed her dumb little sheet of paper on a nearby table (like I'd known to??) and left us in her lobby for OVER 30 MINUTES, waiting.  Liz was still giving them a chance at her business, though.  Both she and Kyndra patiently waited and then decided to go out and tour the property themselves.  While they were outside, the following conversation took place right in front of me ...

Guest to Grumpy Lady:  Ma'am, can you tell us what to do?
Grumpy Lady:  Sign in.
Man:  I just have a question.
Grumpy Lady:  I was wondering why you were staring at me when I clearly was talking to someone else.

When Kyndra and Liz returned, they announced that they were ready to leave.  I couldn't have been happier.  And off we headed to lunch and then one more apartment complex.  It, however, was not the perfect apartment, either, but it was in the location she wanted ... near Stonebriar Mall.

And with that final showing, we all headed back to Apartment Viewing #3, the one that stole her heart and signed the papers.

So what was it that made this one THEE ONE?  Well, it wasn't the apartment, nor the building.  It was the surroundings.

The apartment is just a studio, something Liz said she would never want.  And it wasn't in a fancy, schmancy building, something I DID want.  It has inside corridors, something neither of us envisioned.  It has a pool, but it is tiny.  But none of these things mattered when Liz stepped outside of her new apartment building ... ON TO A LAKE.  That still wasn't the selling point, though.  It was the zillions of shops within walking distance to her apartment.  And not just "walking distance" ... literally out her door.  And ... they are all UPSCALE shops and boutiques.  It will take her less than one minute to reach the ColdStone.  Approximately 1 1/2 minutes to reach her favorite Sushi restaurant and no more than two minutes to get to Starbucks.  Of course there's a Chipotle there, too.  The area is phenomenal.

And the apartment is on the 4th floor (mom likes that) with an elevator for her furniture (and her dad) to get there.  None of the other apartments had elevators and so Elizabeth was forced to look only on the first or second floors due to her dad's disability.

We've gone back and forth over exactly how she'll spruce up her new apartment but, of course, she gets all the say.  I'm just here to give suggestions.   And as if I wasn't tired enough on Saturday night, we then went out furniture shopping.  Three different furniture stores got our attention that night, one of them being IKEA.  If I wasn't tired before going into IKEA, I certainly was when I got out.

And today, Sunday, after church, yes ... we headed over to the new apartment complex to show it off to Rick.  Wanna know what he said?  Well, that'll keep till tomorrow.

In the meantime, here's a few photos of the model apartment she's getting and the grounds.

This view shows what her bedroom area and living room will look like. 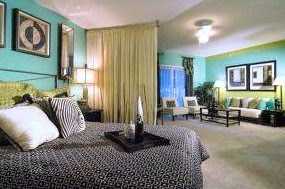 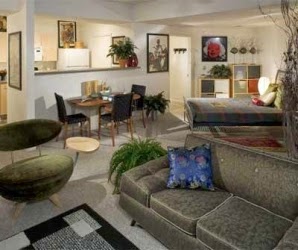 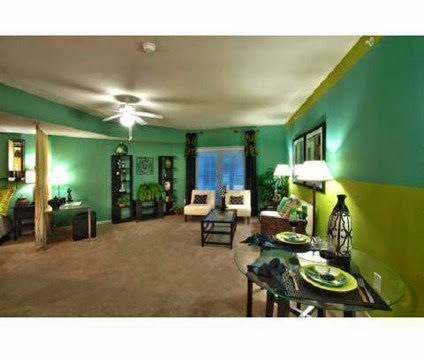 Simple pool ... looks rather New Yorkish to me. 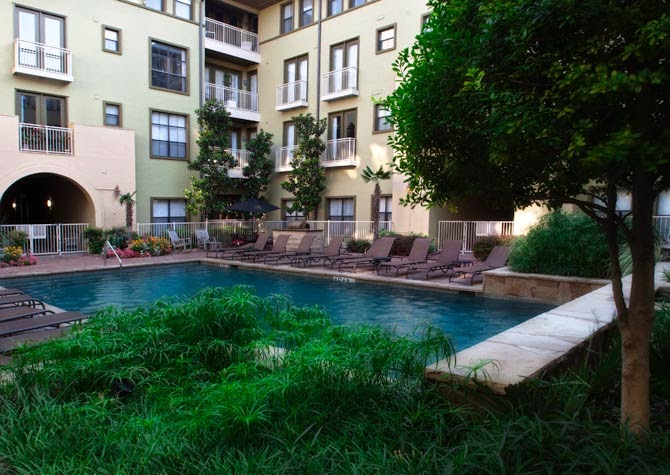 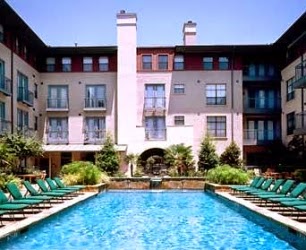 And the crowning glory ... the lake.  I believe that is her building in the picture below.  Pretty darn close to the water, eh? 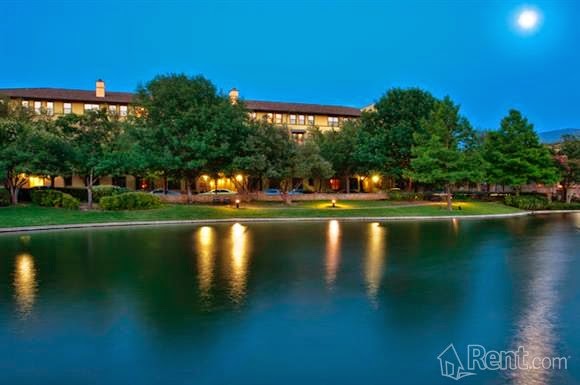 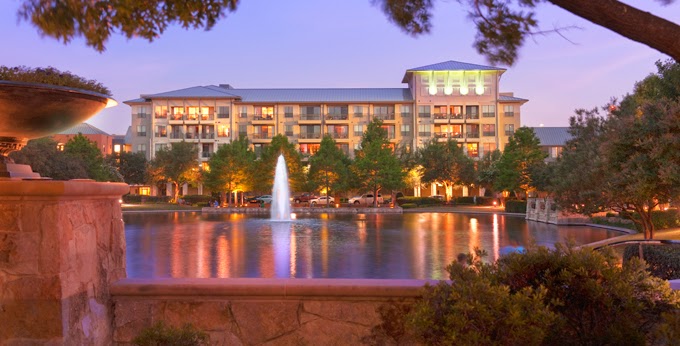 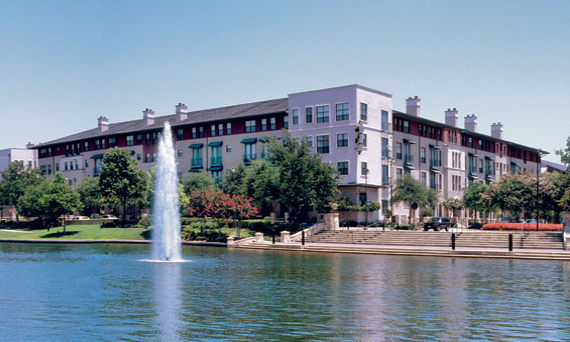 One last shot ... the shopping. 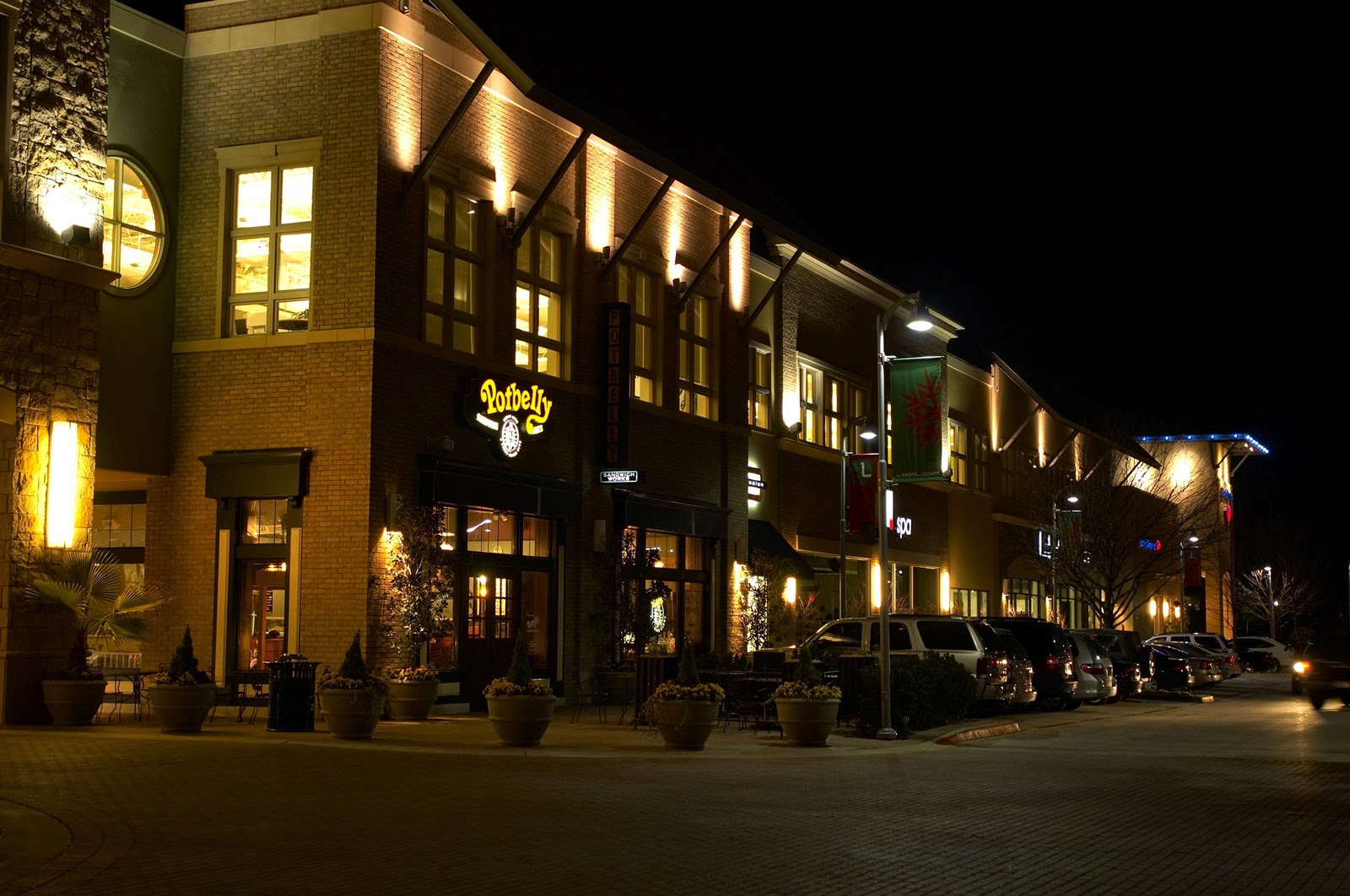 Very trendy shops and lots of pedestrians out and about all the time.

It is important to note Rick's thoughts on all of this, which I'll save for later.  But for you local folks, yes, this is The Shops at Legacy.  You all already know what I'm gonna say next...