Feeling numb today.  Rick's surgery lasted over eight hours and although I just did a lot of sitting around, I am worn out today.  It was a very long eight hours.

Three wonderful friends came and sat with me throughout the day and then my sister in law joined in, too.  Elizabeth was there in the morning but had to go to work.  Becky and Judy came over almost immediately after that and stayed the entire day!  How's that for friendship!?!  Theresa met us at a restaurant for lunch (yes, I broke away from the hospital!) (heck, we even made it to Sam Moon!!) and then my sister in law, Linda made an appearance, too.  It was a friendly day!  Too bad Rick wasn't around!

Liz returned after work and once Rick got out of 'recovery' and got into a room, I began to crash.  Two nights of no sleep and one VERY early morning (4:00 AM yesterday) took it's toll on me.  I smiled at Rick, turned on the TV and bolted.

So, I'm numb today.  Not sure if it's from the exhaustive day yesterday or the alarm clock going off at 4:00 this morning or the end of my Spring Break rearing its ugly head ... but I have no feeling.

Liz visited Rick early this morning and reported that he's in tremendous pain.  That doesn't help.

But I don't wanna.

I do wanna show you some pictures, though... 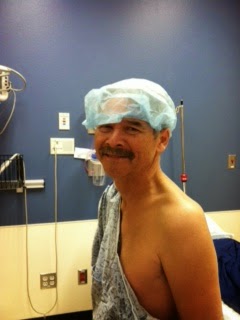 Rick ... prepping to go to surgery.  He had no idea he was so cute.  He also had no idea that I would take his picture.  He really should've known though.  He's met me before. 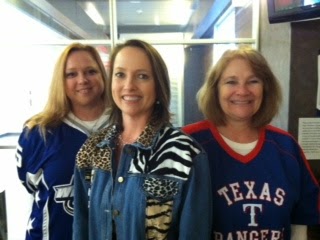 Becky, Judy and Yours Truly.  The gorgeous one in the middle is Judy.  I wish I looked like her.  I wish I had her jacket, too. 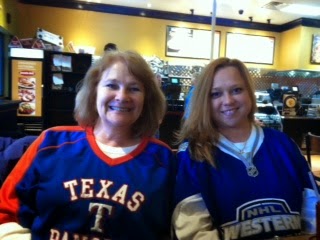 Dining at Jason's Deli.  Sometimes you just have to get away from the hospital.  It looks more like we snuck off to a hockey game. 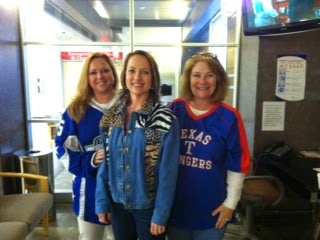 My pals hung out with me ALL DAY!  Good grief.  Even I don't like me that much.

The next picture is a bit unsettling. 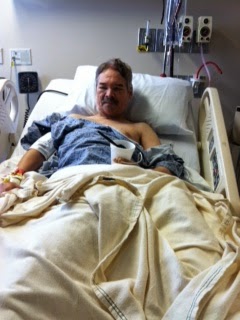