what else is new, kris? 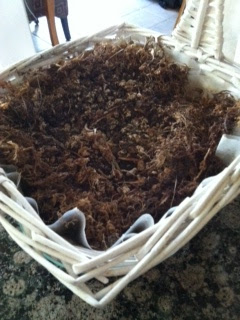 Well, I officially killed off a plant that I've been treasuring and holding onto since 2004.  For 11 years I've taken care of and hung onto that plant above.  I received it as a gift for my father's death ... and I've known it's been on its last legs (roots?) for quite some time now.  I officially gave it a beautiful burial yesterday ... buried deep in that big blue plastic can in my garage. 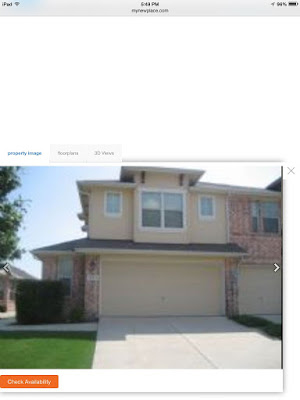 And the building above?  That's the rental property I own.  I bought it back in 2008 as an investment and I recently had to evict the tenant that was living there for free.  Well, IIIII didn't let her live their for free ... she just wasn't paying her rent.  So ...

So, nothing.  I was just showing you the outside of those walls that I have been painting on the inside.

And finally ... I had dinner in Dallas with my daughter.  She told me a joke.  The joke was not funny.  However Elizabeth thought it was the greatest joke she'd ever heard and ever told.

She cracked herself up. 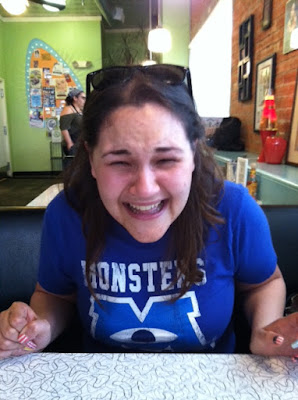