I've been a bit MIA lately and I don't blame you all one bit if I'm on your hit list.  Or off your Christmas list.  Or dead to you.  I deserve it.

Life got crazy.  Again.  Okay, when did it ever stop being crazy?  I know, I know. 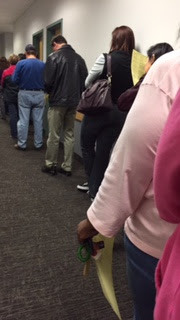 Okay, that's not all that exciting.  But it did take up a good hunk of my Friday night.  I thought that by voting early, I'd be there by myself, ahead of the crowd.  I was wrong.  Everyone had the same idea.  So, me and 10,000 of my closest friends all stood in line and stared at our phones for purt near an entire night.  But I voted.  And I sure hope my candidate wins, whoever it is that I voted for.  I forgot in that long line. 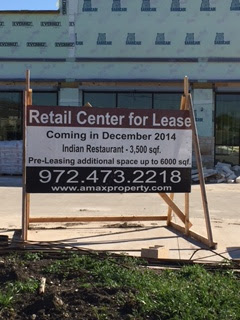 India moved to Frisco in the short time I was away.  There's one of these on every corner.  Except usually the date is a bit more current.

Hey!  I'm two years younger all of a sudden! 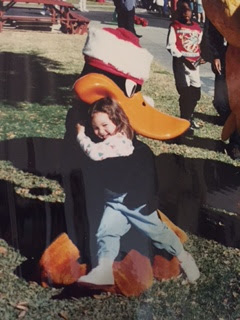 Elizabeth (my dear darling daughter) got herself a full time-ish job at her dream place of employment.  That's she and her boss above.  Cute, isn't she? 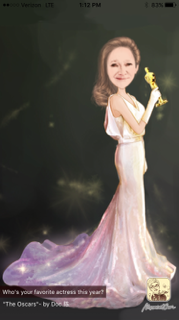 Hey, that was a great feat!  I don't usually watch them anymore since I don't ever get to see a movie nowadays.  But looky at that ~  I appear to have won one, too.  I did my hair special for the after party.  And speaking of awards shows, I just know Long Lost Family will win an award.  Well, my episode will anyway, right?

I've got my dress all picked out. 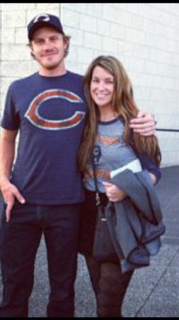 What really took up all of my time lately were these two people.

Who are they, you ask?

My new renters.  They are saving my life.  You think I'm kidding...

My time lately has been spent interviewing prospective tenants, turning bad tenants away, bringing in a tenant that would leave me before she even moved in, and chasing rats away.

That last part?  Not so fun.  I visited the rental property daily praying I wouldn't find what I did wind up finding.  Yep, they were there.  A BIG one and a little one.  The little one was cute.  The big one ...  not so much.

But the best part?

I went inside one day to peek and see (and hope that I wouldn't see) a dead rat.  And you know what?  I didn't see him.  Instead I found a bloodbath, though, where the war of 1812 had broken out.  There was blood everywhere!  But, fortunately, no rat.  And, oddly enough, no trap, too.  I'm still scratching my head over where the big guy went and where he squeezed the trap into.

So, even though I have two new tenants who've saved my life financially, I'm far from done with this round of the townhouse.  New carpet is being laid tomorrow.  Rat traps are being picked up tomorrow night.  The A/C is being tested as we speak... and I know that one of the stove's burners is out.

That's one busy rat.  He ate the carpet; cooked it on the stove, cooled himself with MY a/c and moved his own trap.

Now, if he'd only learn to put the trash cans out on Monday night, I'd bring him home with me.