So, we did go to Hawaii.  We were fortunate enough to set sail on my daughter's ship, The Pride of America, and get to see her in action at some of her work events. 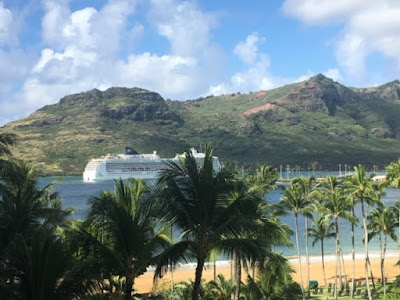 We also met her "intended", Ben Adams.  Lovely man.  Lovely couple.  We will be proud to have him join our little family. 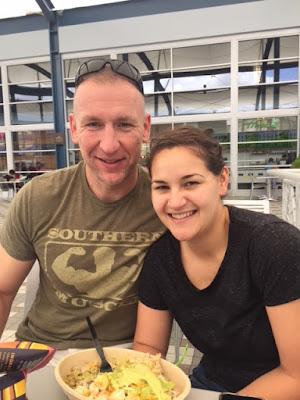 While in Hawaii, we heard the most beautiful words in the world; "You have an offer on your house" from our real estate agent.  You don't know how much I wanted to hear those words.  I nearly cried.

Being in Hawaii though, I realized that I would no longer be able to hide scuff marks or cracks in the walls nor water damage.  I became stressed, worrying about hiding things and making the house sellable, but what could I do?  We had an offer.  And those words sat above any concerns that I had for the house. 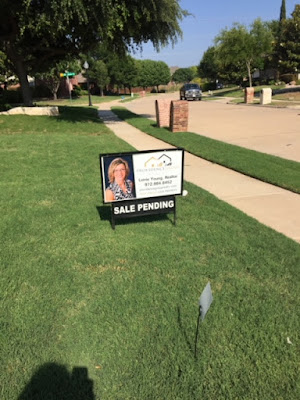 We accepted the offer from the kind folks who wanted our house ... and we were still in Hawaii when the inspection happened.  Yeah, I really was forced to lay down my paintbrush and stop the madness.  I did it willingly.

We witnessed our future son in law ask for our daughter's hand in marriage.

We returned to Texas to begin packing up our big ol' house ... and start the closing process.  And find a new place to live.

AND THIS IS WHERE THE CRAZINESS BEGAN.

We packed and we packed and we packed.  And Rick got sicker and sicker and sicker.  And the Texas weather got hotter and hotter and hotter.  And Elizabeth and Ben (the intended) jetted off to Scotland and England ... and watched their luggage not follow them.  They spent two weeks with us in Frisco all the while waiting on their luggage to catch up to them.

And wouldn't you know it?  The ring that Ben had planned to propose with was IN the suitcase that hadn't found them yet. 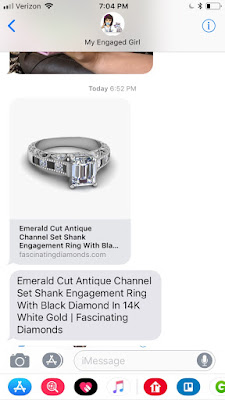 Hundreds of phone calls to the airline and I finally jumped in and alerted the media.  Yep, I did. 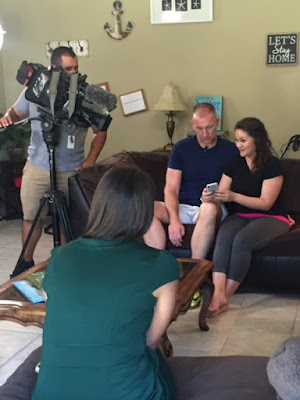 WFAA's Monica Hernandez came to our little (big) house on Creek Point and filmed a story about a guy who wanted to propose to a little Texas gal ... but didn't have his luggage (and all of his worldly belongings) and didn't have the ring.

One phone call from WFAA and dang!  The airline found the luggage!  In Baltimore, of all places.  Go figure.

More packing, more closing junk on the house .... and finally the luggage arrived.  WFAA arrived, too.  They came back to film the actual proposal ... which was pretty darn cute!  We all hauled off to The Shops At Legacy and watched Ben propose ... and watched the news station film it. 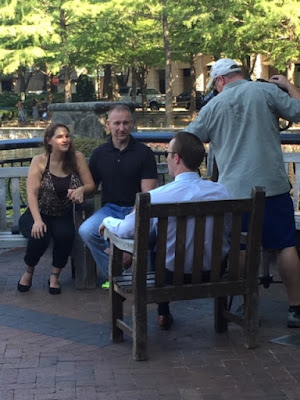 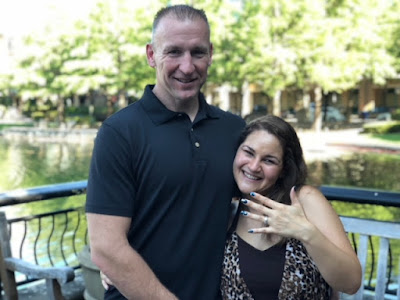 AND .... right before we were slated to close on our Creek Point house ... we had a flood inside.  Of course we did.  OF COURSE WE DID! 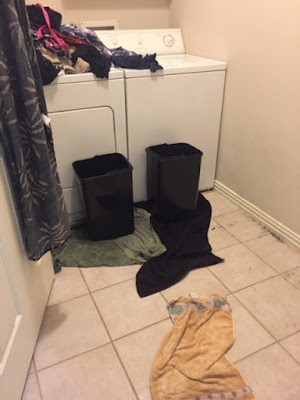 Got that all cleaned up and we were all set to close on the house ... WHEN RICK GOT SICK!  Ambulances and everything. 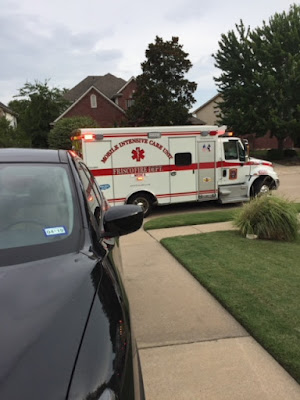 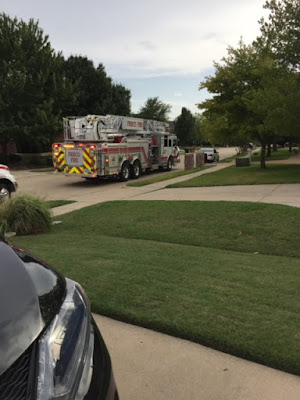 Just when you think you've got it all under control ... the escrow folks would not close until Rick could sign, OUTSIDE of THE HOSPITAL, which he couldn't do.  Why?  Because Rick's little bout of a bladder infection began to spread ALL THROUGH HIS BODY ... enough that his bloodstream was infected and he had to be put in isolation.  NO ONE would go through the trouble to gown up and go in for Rick to sign the closing papers.  Not even the HOSPITAL NOTARY.  Like, seriously? 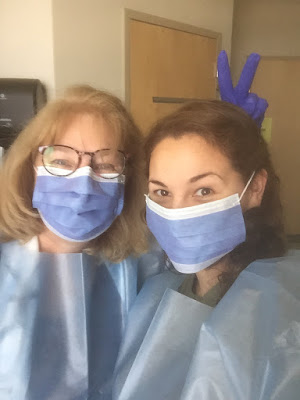 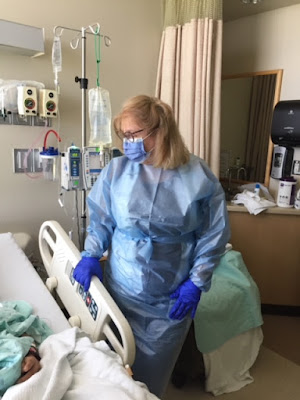 So, we waited.  And we extended our closing date.  And we searched for an apartment.  And we found ourselves NOT getting into any of the apartments that we wanted to ... sad tale after sad tale.  We were about to be homeless.  And you know what?  I didn't care.  I knew we'd be fine.

So, Elizabeth was now engaged, Rick began to improve by leaps and bounds (turns out he was also a bit toxic and had to get some of those awful pain meds out of this body) and dang if ELIZABETH didn't turn around and get sick.  OF COURSE SHE DID.

We finally had to call out for help ... which we did get, in the way of four women who stepped up and helped us.  Note: Women.  Yep.  Women for the win!

So, to summarize, we finally did close on our house once Rick was out of isolation.  We nearly emptied our Creek Point house (a wayward desk and a few garage items had to stay behind, sadly) and moved into an apartment complex overlooking a baseball park in Frisco.  We have belongings in two different PODS and a storage unit AND WITH OUR MOVING COMPANY.  Yeah, don't tell me about having too much stuff.  That's all I hear from my dear, darling daughter. 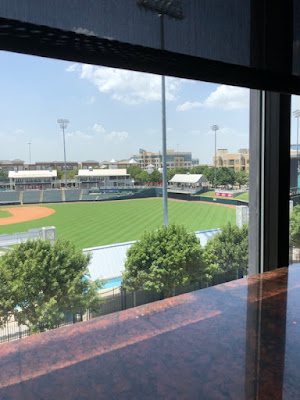 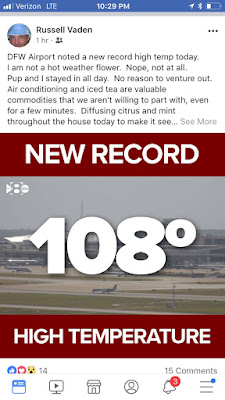 And ... on July 31st, I returned to work.  Suddenly my summer break was over and you know what?  I'm totally ready.  That was the wildest summer ever and I'm happy to see it go. 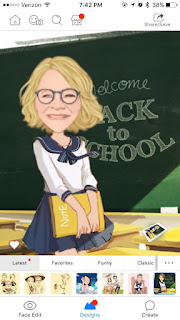 Rick is home in the apartment with me.  Buddy and Jeannie are there, too.  And Elizabeth is recovered and prepping to return to her ship for one final contract ... and to her beloved, Ben.

Anyone doubt me when I say that we had a flood on day one?  Yeah, didn't think so. 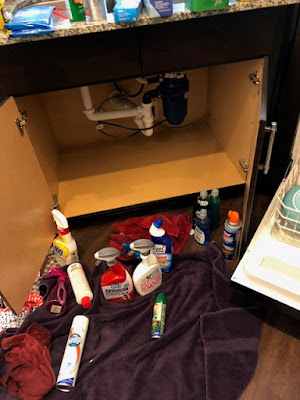 And there's a wedding in the works (November 30th) and that's what's on our minds now.  Floods don't bother me now ...   HOWEVER, if the wedding goes off as planned, well, it'll be the hottest day of the year and yet, it'll rain.  We won't be ready on time and the dress will be delivered to Kansas.  And the whole place will flood.  I just know it.